How to Survive a Rip Current

As the unofficial start to summer gets underway, some beachgoers from the Gulf Coast up through the East Coast will see a chance of increased rip currents through the Memorial Day weekend.

A storm system that will be exiting off the Eastern Seaboard could help enhance breezes and lead to the choppy waters.

Areas with the highest threat of rip currents will extend from around the Mississippi-Alabama state line eastward into Florida’s Big Bend on Memorial Day. The Atlantic coast of the Florida Peninsula and parts of the Georgia coastline also have a moderate risk for rip currents Monday. 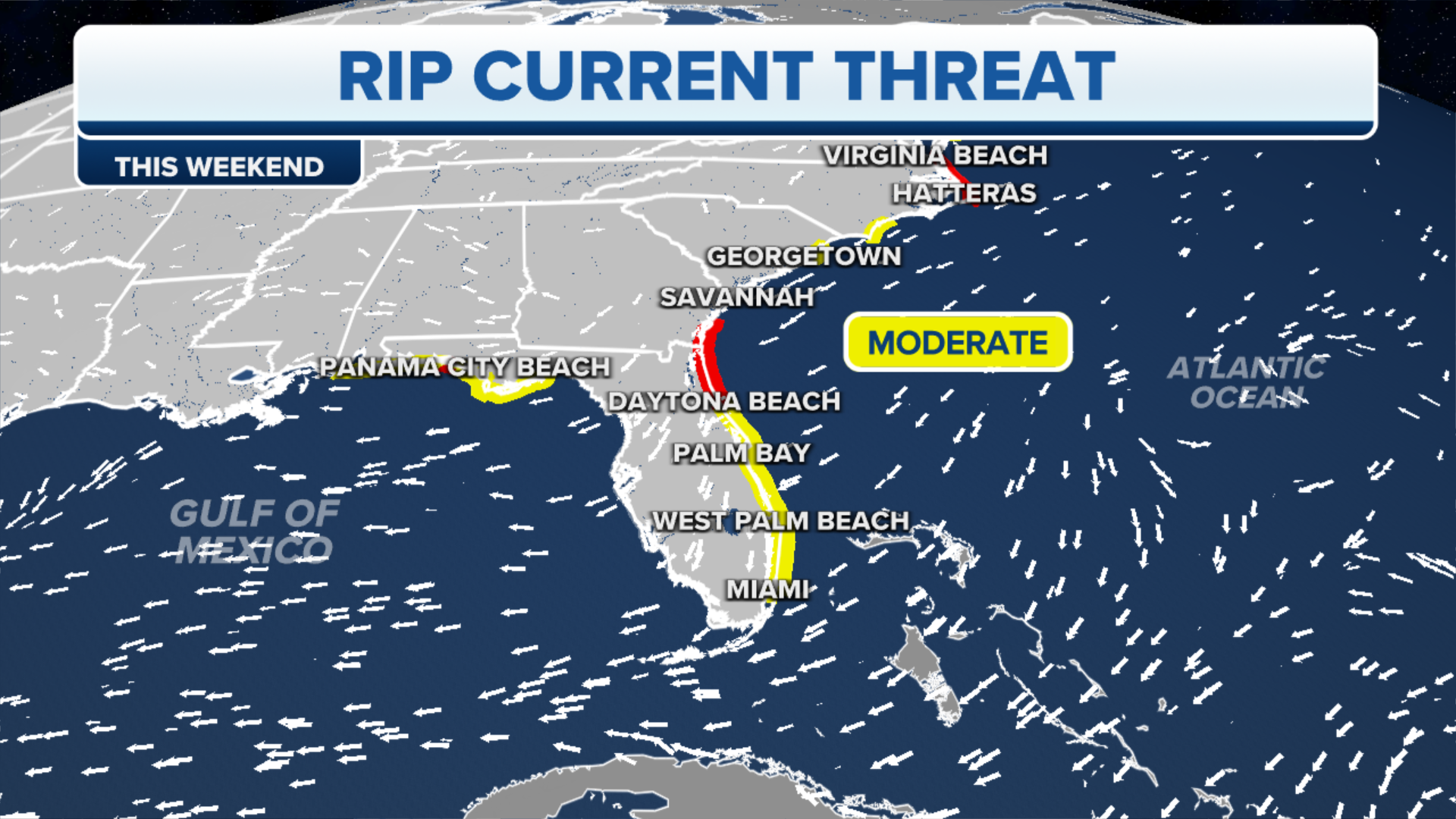 Lifeguards at many of the beaches that will see the rip current risks will likely have flags alerting swimmers to the increased dangers.

Rip currents form when waves break near the shoreline, pile up water and form a narrow stream that flows quickly away from shore, catching swimmers off guard.

These hidden dangers are the number one weather-related killer in Florida.

Data from the National Oceanic and Atmospheric Administration shows around 22 lives are lost each year in the state due to rip currents and other rough ocean conditions.

If you are caught in a rip current, it is advised you don’t try to swim against the force of the outgoing water. Instead, swim parallel to the shoreline until out of the current, and then you can safely head back towards land.

Ocean temperatures along many beaches are running either at or slightly above average for the final week of May.

Water temperatures in the 70s and even lower 80s are common readings throughout much of the Southeast.

Even though the water may be tempting to take a plunge into, lifeguards always caution swimmers to remember the hidden dangers that can exist on any beach.