It’s opening weekend for one of the East Coasts most famous beaches: Coney Island.

As millions of Americans hit the road and take to the skies to mark the unofficial start of summer this Memorial Day weekend, FOX Weather is tracking a few storm systems that could disrupt outdoor plans in some parts of the U.S.

According to AAA, an estimated 39.2 million people will travel 50 miles or more from home this holiday weekend, an increase of 8.3% over 2021 and nearly in line with travel volumes from five years ago.

Let's take a closer look at the forecast for Memorial Day as you put the final touches on your summer kickoff plans.

Memorial Day outlook for the U.S.

Here's a Memorial Day outlook for the U.S.

A warm day is expected up and down the East Coast, with highs in the 80s for most places. The only exception might be parts of northern New England, where it could hold in the 60s and 70s.

A low-pressure system is predicted to bring rain and mountain snow showers to parts of the Great Basin, northern and central Rockies, Northern Plains and upper Midwest. Due to the extra cloud cover, temperatures will likely be stuck in the 50s and 60s in those areas.

Unsettled weather may persist in portions of the Pacific Northwest as well, though it should be drier than previous days. The region will also be on the cool side with highs mainly in the 60s.

Similar to the rest of the weekend, parts of Florida will have to contend with pop-up showers and thunderstorms in the afternoon with temperatures reaching the 80s. 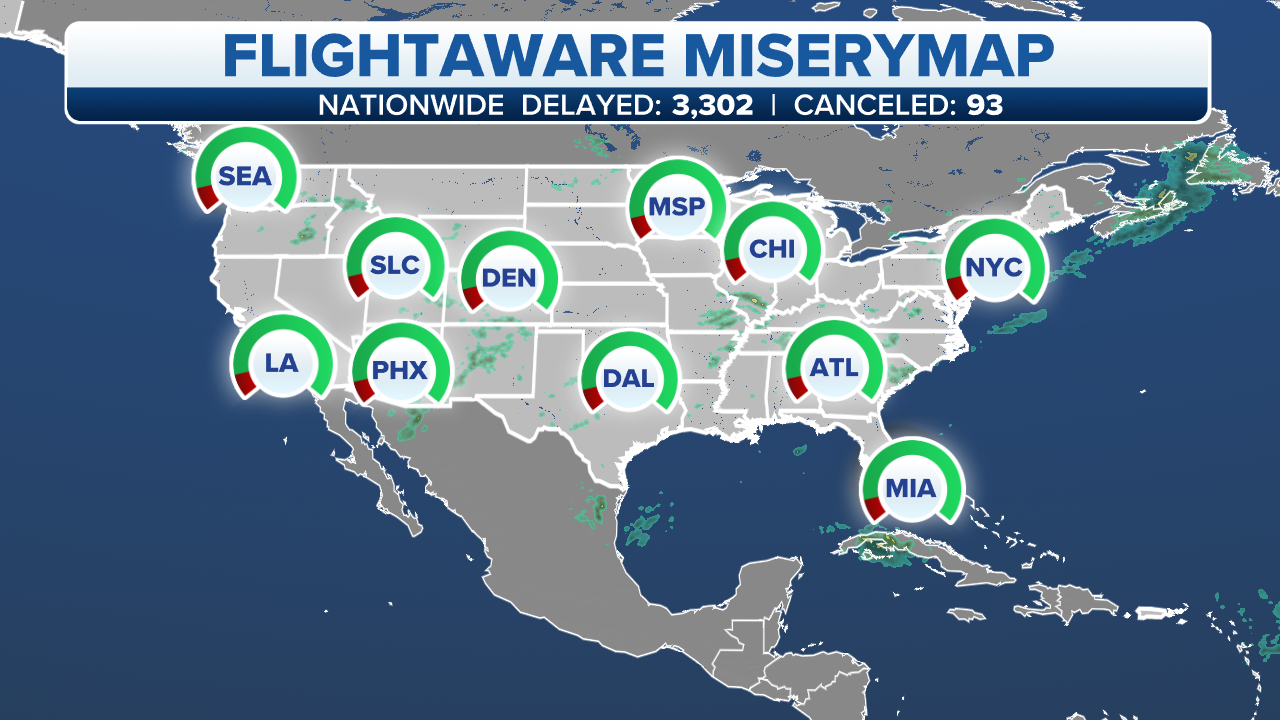 Dry weather will likely dominate much of California, the Southwest, the Southern Plains and the Gulf Coast, with the hottest temperatures situated over the Central and Southern Plains, which could again climb into the 90s and lower 100s. Highs in the upper 80s and lower 90s are expected across the South. 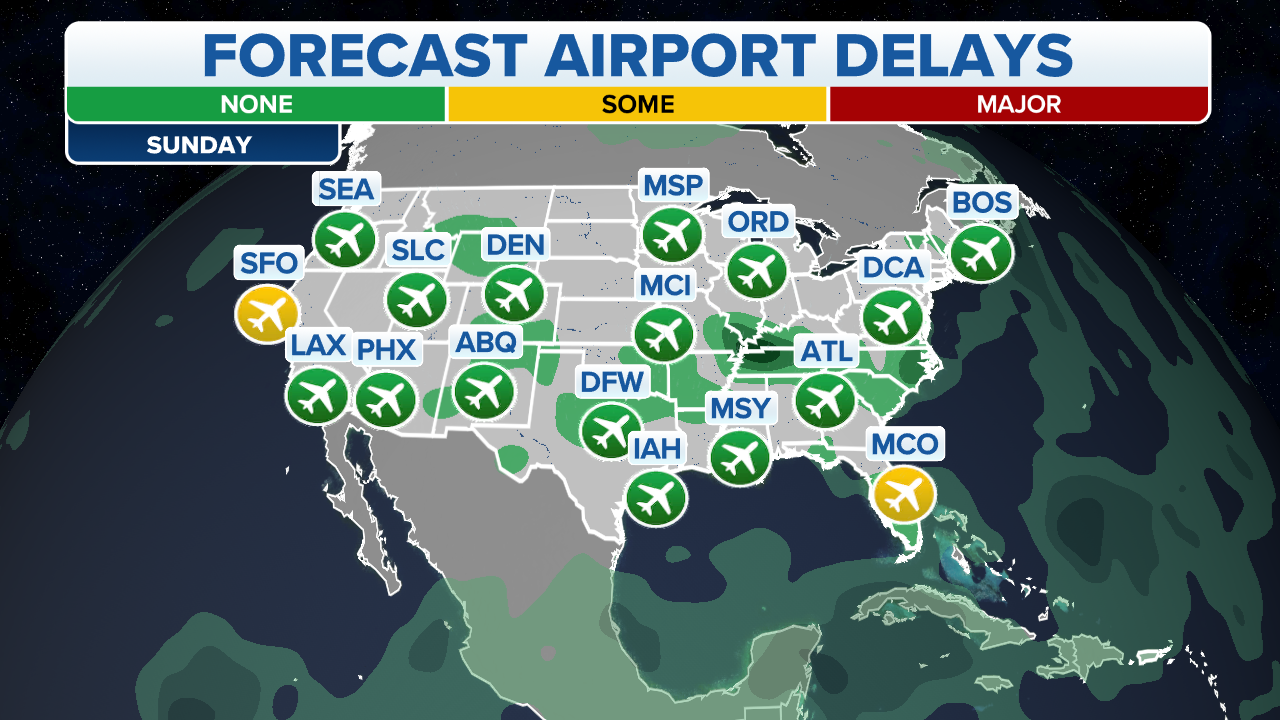 If you were lucky enough to extend your long weekend into Tuesday, FlightAware.com only expects a few airport delays.