The system which produced three days of severe weather will transition to mainly heavy rain on Thursday.

Following a severe weather outbreak that spawned more than three-dozen tornadoes across the South during the first half of the week, the same weather system will linger along the East Coast on Thursday and pose the threat of additional severe storms.

A few strong to severe thunderstorms are possible through midday over parts of the mid-Atlantic region from the Delmarva Peninsula to northeastern South Carolina.

Additional severe storms could fire up Thursday afternoon across portions of North and Central Florida.

Damaging wind gusts are the primary threat, though an isolated tornado cannot be ruled out.

The severe weather threat will diminish Friday into the weekend. 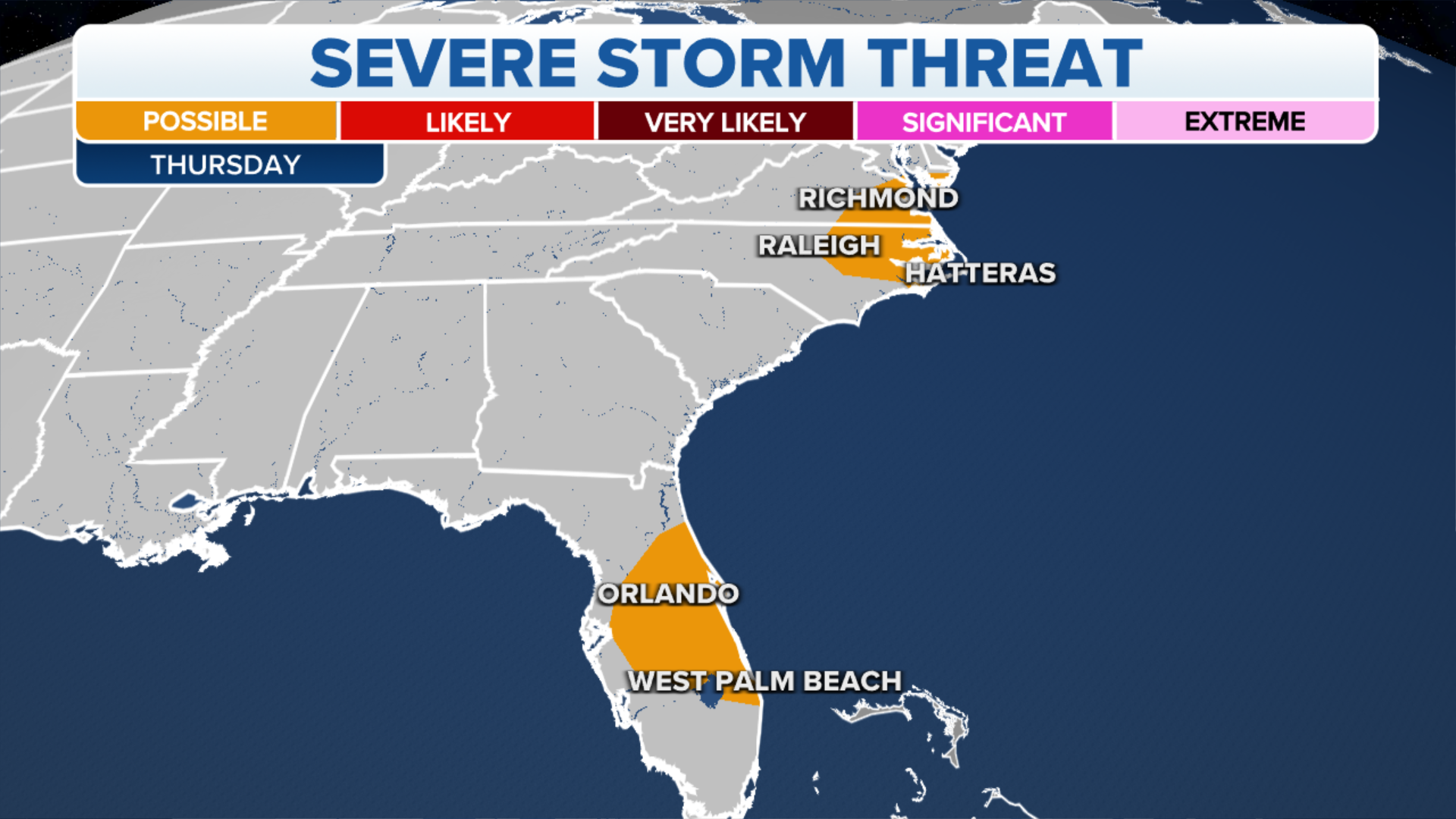