Airlines are starting to cancel hundreds of flights in advance of a storm system that will bring severe weather to the South this week.

DALLAS - Airlines have canceled hundreds of flights in Texas as the region prepares for a multiday severe weather event that could bring strong tornadoes, large hail and damaging winds across the southern United States starting Monday afternoon. 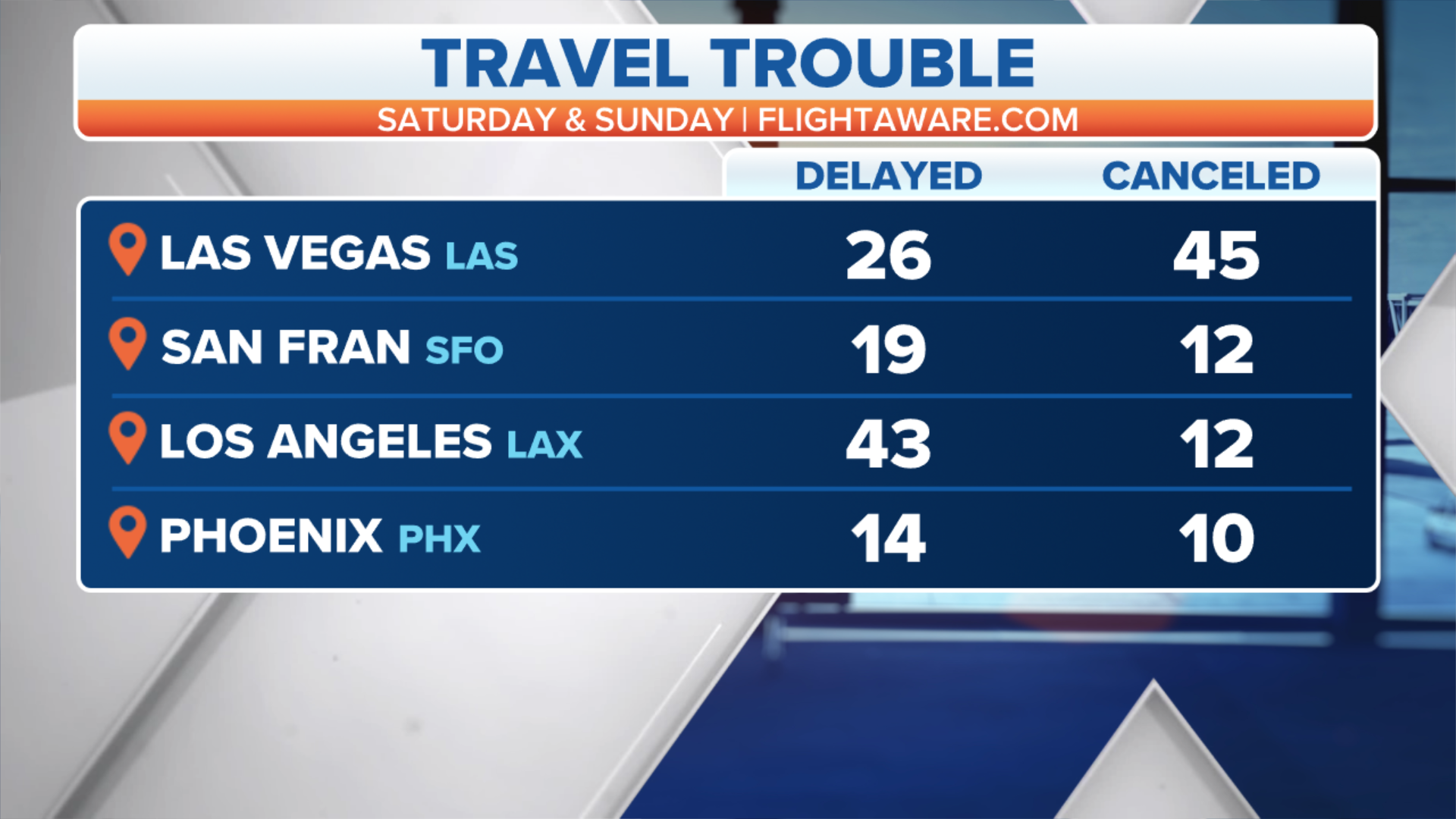 As of Monday afternoon, Dallas Fort Worth International Airport was reporting nearly 330 flights that had been canceled because of the incoming weather. Those numbers include both departing flights and those that were due to land at the airport on Monday.

And according to FlightAware, Dallas Love Field Airport has also seen more than 100 cancellations so far. 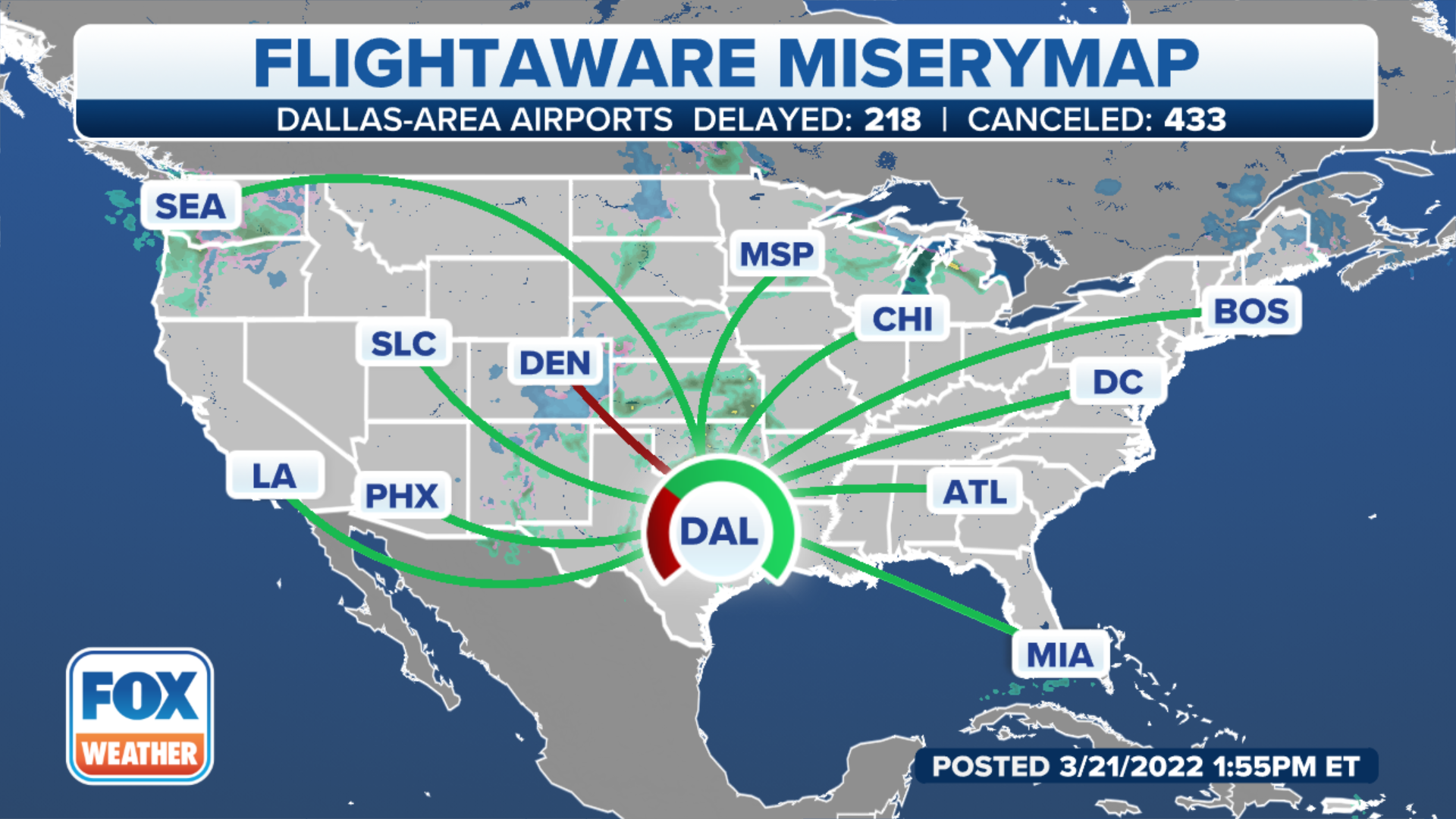 Other airports at risk of seeing severe weather, including Houston's George Bush Intercontinental and William P. Hobby Airport, and Austin-Bergstrom International Airport are starting to see delays and cancelations.

Anyone scheduled for flights on Monday is asked to check directly with their airlines before heading to the airport in case of any delays or cancellations.