Heavy rain and thunderstorms is leading to an increased risk of flash flooding in parts of the Upper Midwest on Sunday and Monday.

It's going to be a rainy end to the weekend for Americans living in the Upper Midwest and Great Lakes region, leading to an increased risk of flooding in the area.

While flooding, if any were to occur, isn't expected to be near the intensity of what was experienced in eastern Kentucky last week, people are still urged to take precautions in case Flood Warnings are issued. 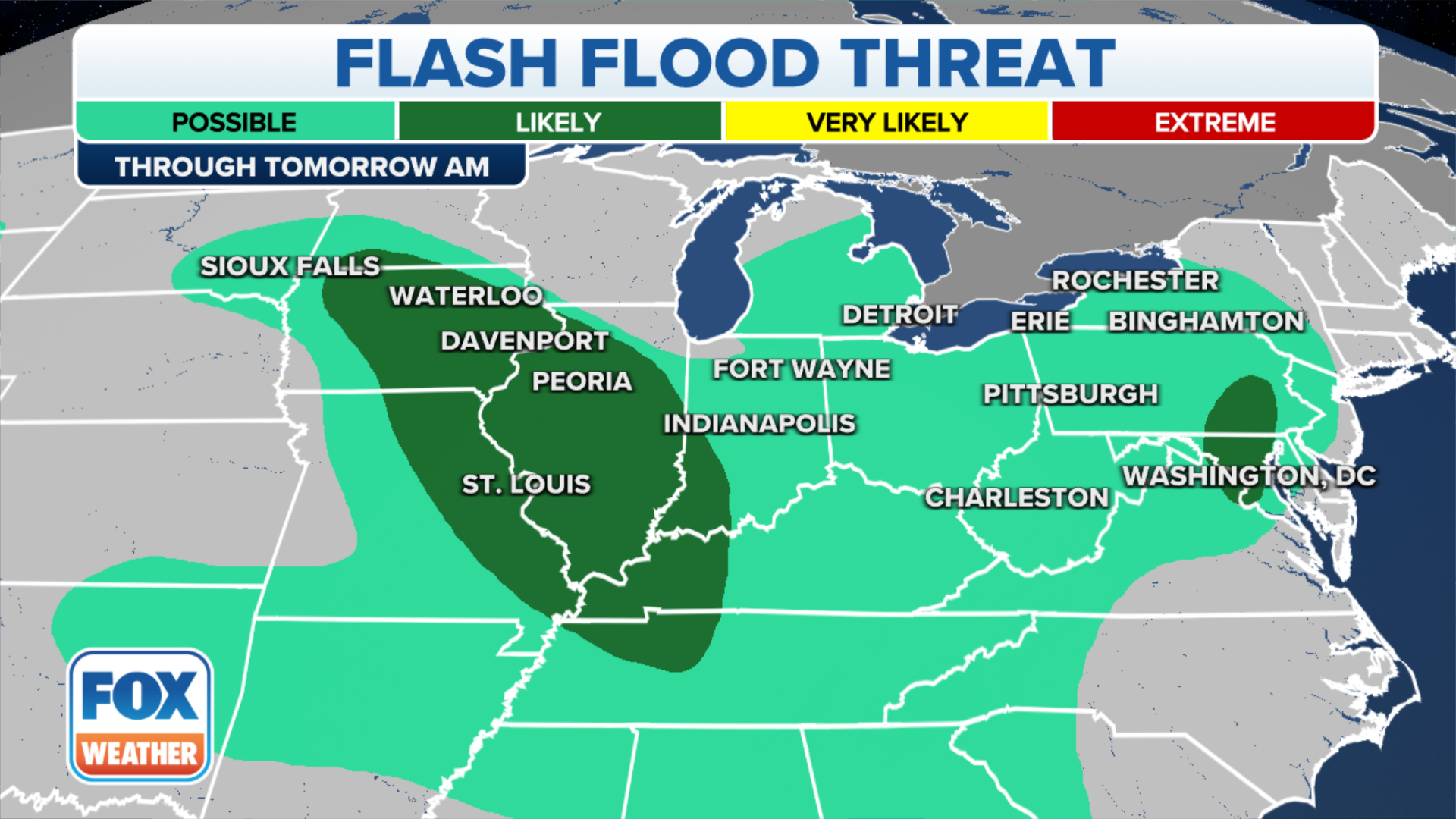 NOAA's Weather Prediction Center says a front will slowly track towards the Great Lakes region and eventually into the Northeast over the next few days, triggering repeated rounds of rain.

Recent rain across the region has led to the ground becoming saturated, and more rain will raise the risk of flooding.

The risk for flash flooding extends from southern Minnesota to Iowa to areas of the Great Lakes, including Michigan and Wisconsin. 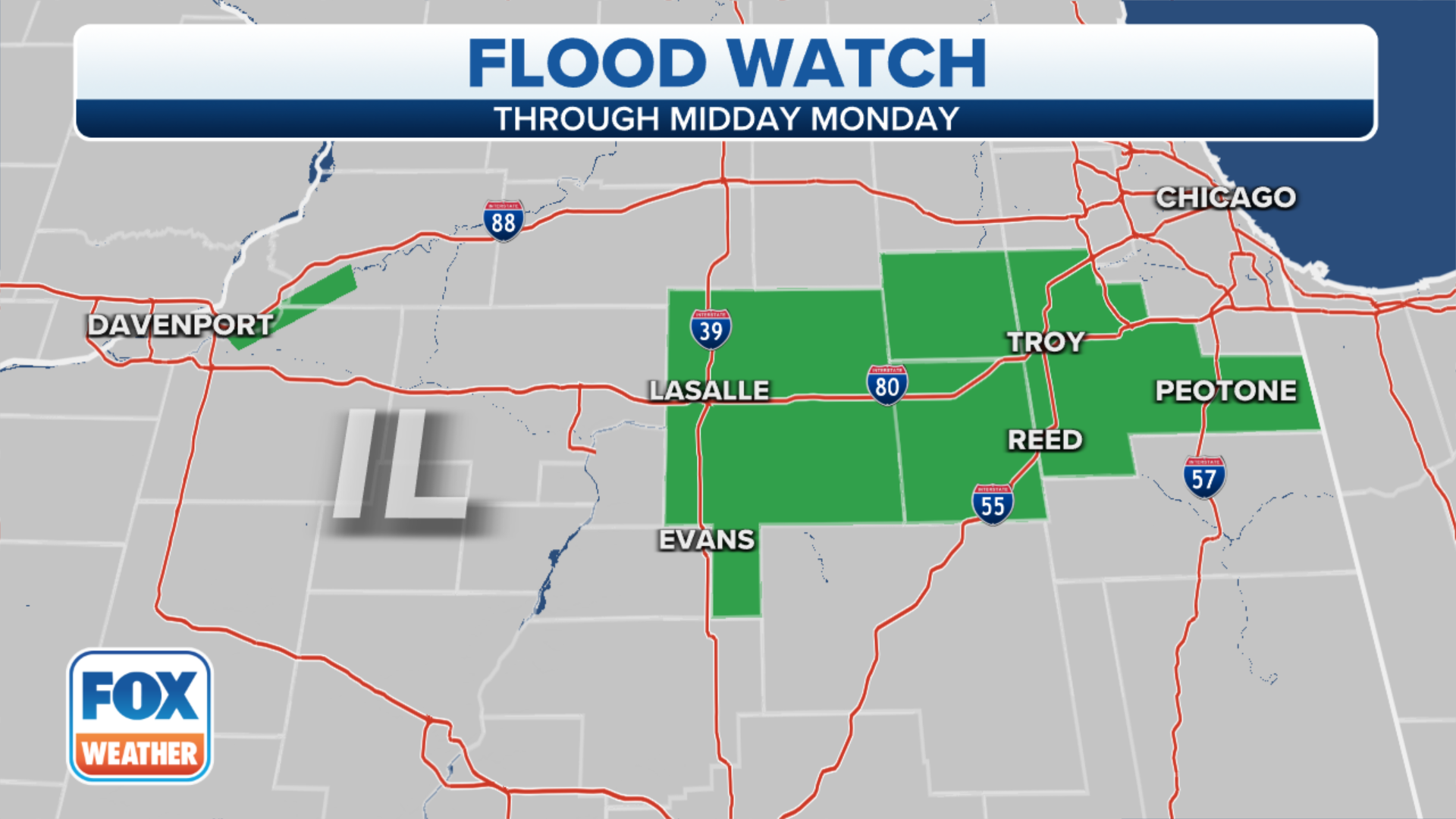 Because of the risk, Flood Watches have been posted in southern Minnesota, including the cities of Rochester and Albert Lea.

In Iowa, the Flood Watches include the cities of Mason City and Postville.

A larger area of Wisconsin is under the Flood Watch from La Crosse, Viola and Portage, south through Madison and Janesville.

"Watch for some higher waters as you're out on those roadways. You're out the door heading to worship services today. Maybe hanging out with mom and grandma doing some brunch today," FOX Weather meteorologist Michael Estime said. "Again, I want you to be on the lookout for some high water levels." 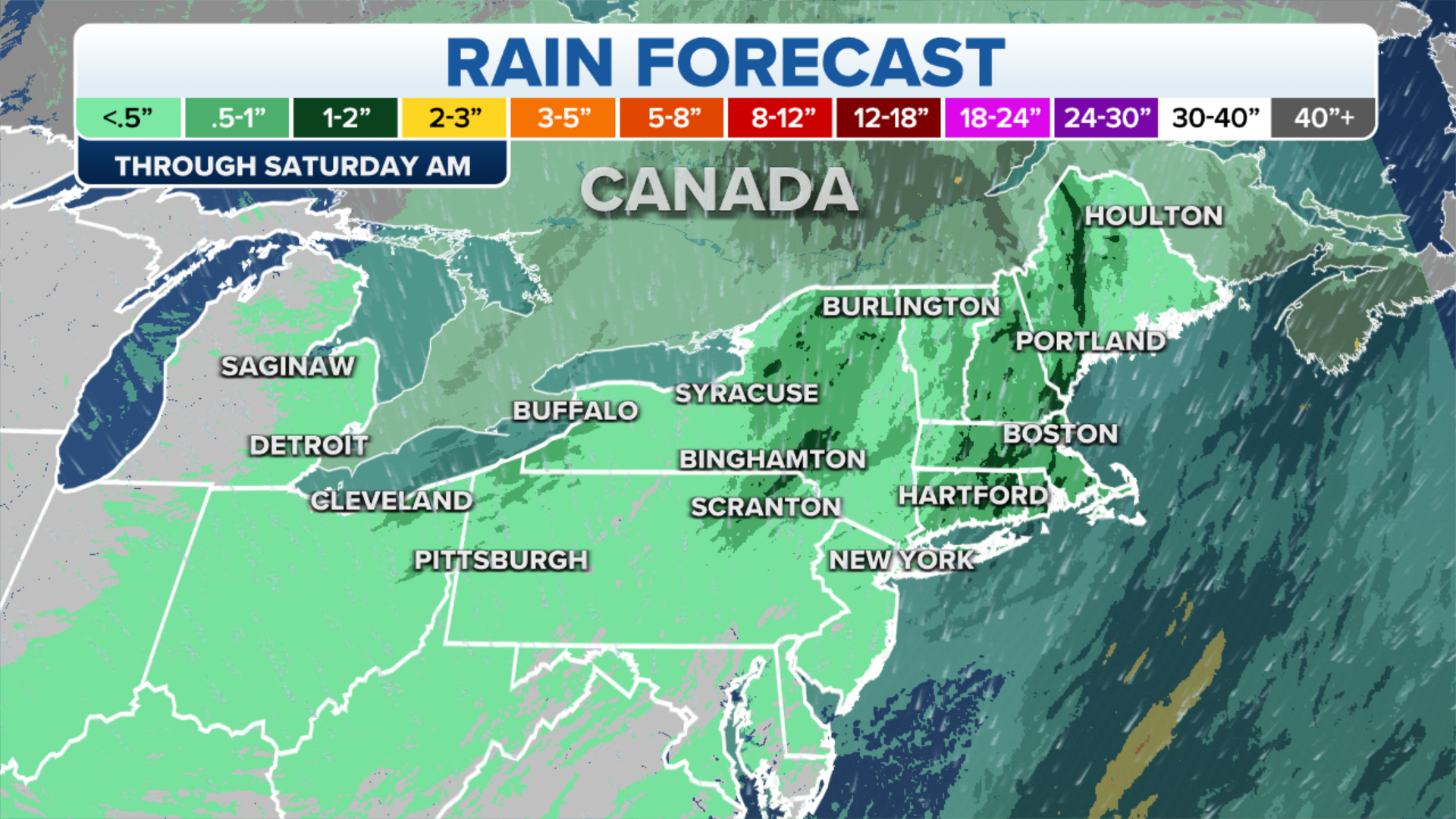 A map showing the amount of rain that could fall in the Upper Midwest over the next three days.
(FOX Weather)

In general, most areas could pick up 1 to 2 inches of rain over the next few days.

However, there are parts of northern Illinois and surrounding areas that could pick up between 2 and 3 inches of rain through midweek.