The combination of a cold front and a weak storm system will continue to drench Texas over the next few days.

MIDLAND, Texas -- Drought-parched western Texas is getting some badly-needed rainfall Wednesday, but it may be too much of a good thing as flash flooding is now a risk amid heavier rainstorms.

"We have an upper-level low that is interacting with some tropical moisture," says FOX Weather Meteorologist Jason Frazer. "And when you get those two together… you get some heavy rain."

Flood Watches remain in effect for parts of Southwestern Texas and southeastern New Mexico unto Thursday morning as thunderstorms bring rainfall rates of 1-3 inches per hour. 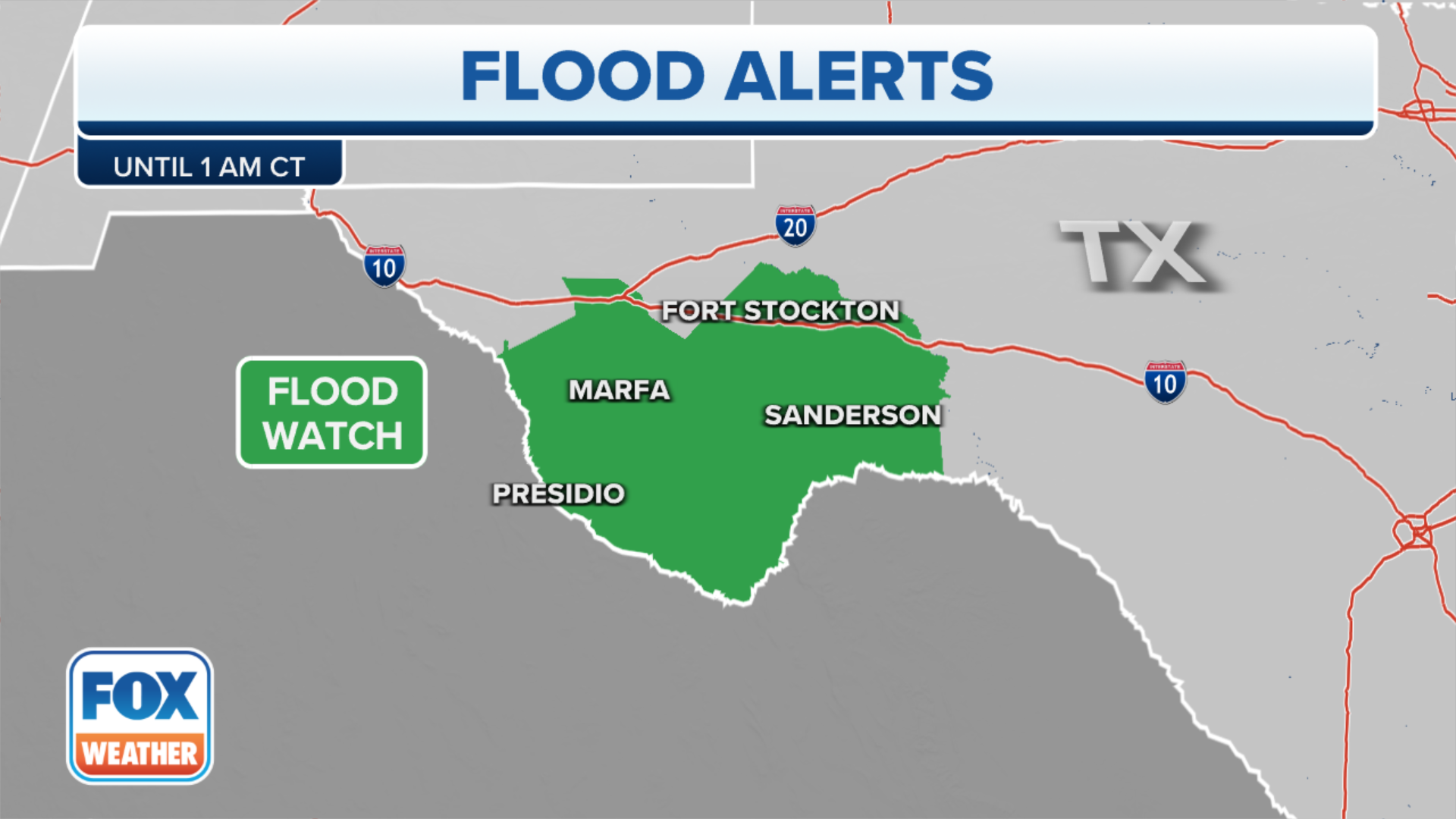 Flash Flooding was considered "likely" to "very likely" across much of southwestern Texas, especially around Marfa and Presidio through Thursday morning. 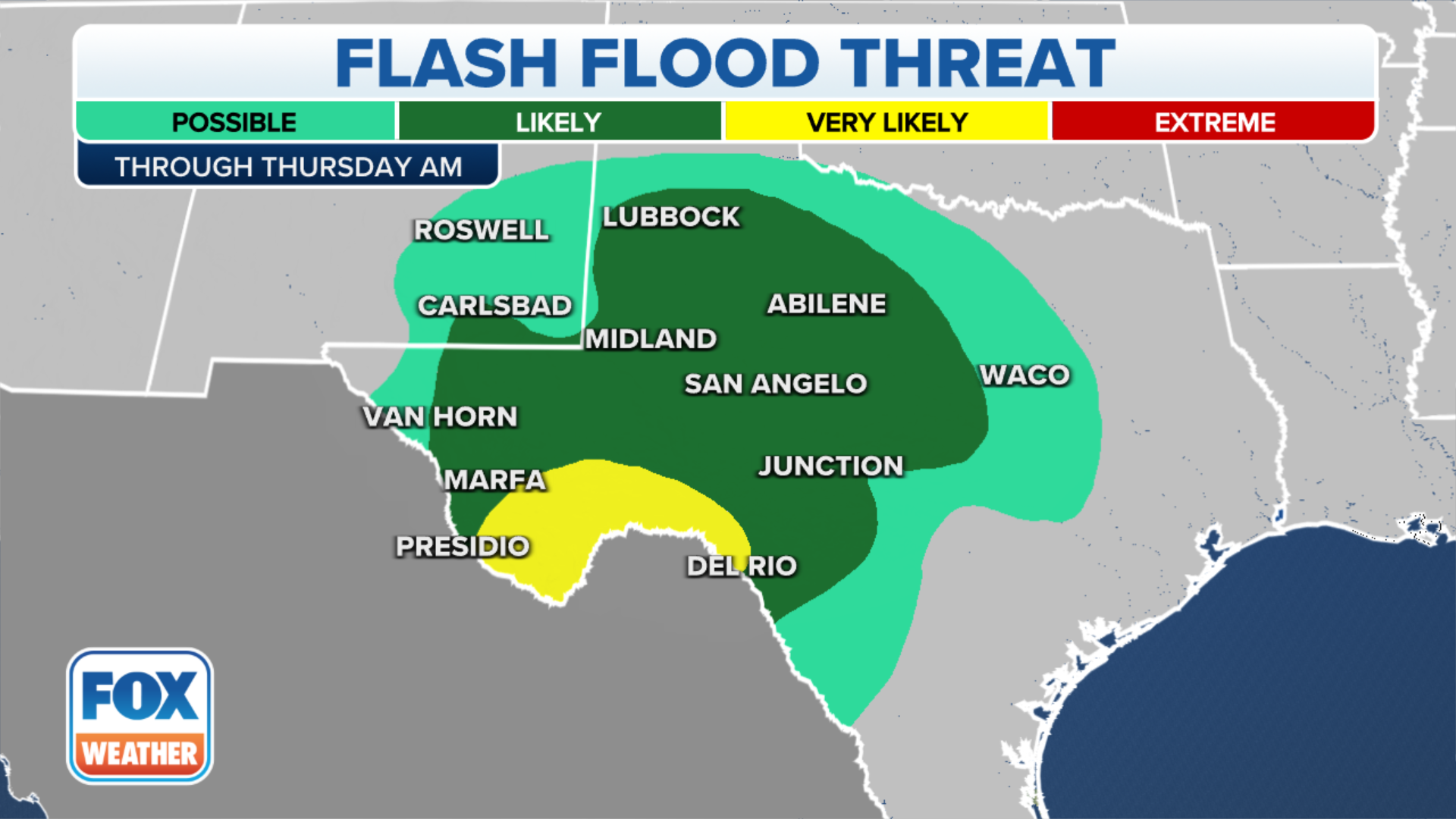 A second surge of moisture is expected Thursday into the weekend in southwestern Texas with some areas receiving up to 5 inches by Saturday.  Drenching rains return to Dallas and East Texas later in the week for flash flood potential there as well.

"It is going to be rinse and repeat," Frazer said. 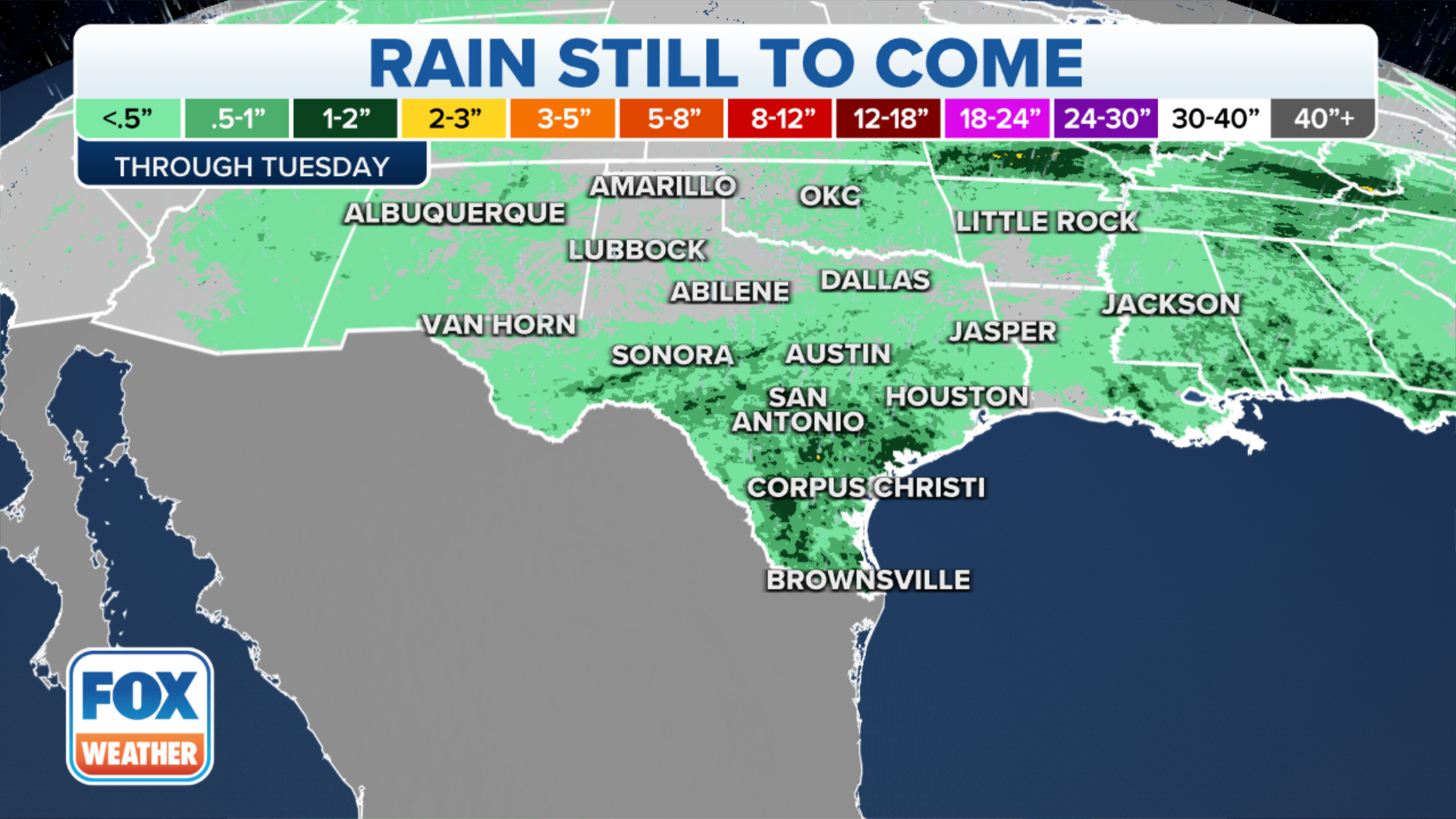 The rain will be helping out the extensive drought situation in Texas. The U.S. Drought Monitor reports 93% of the Lone Star State remains in some level of drought.