A costal low that brought significant coastal flooding to the parts of the East Coast is dissipating, but the moisture will hang around, keeping showers in the forecast through early next week.

A pesky low-pressure system that lingered off the East Coast for nearly a week has finally moved inland over the Southeast after generating multiple days of persistent gusty winds, high surf, rip currents and coastal flooding. But now it's bringing an increased threat of showers and thunderstorms from Florida to the mid-Atlantic and Northeast for the weekend.

While most weather systems move from west to east, this storm actually retreated westward from the Atlantic into the southeastern U.S. because the jet stream is displaced well to the north, so the typical steering winds have not been available to push this low out to sea. 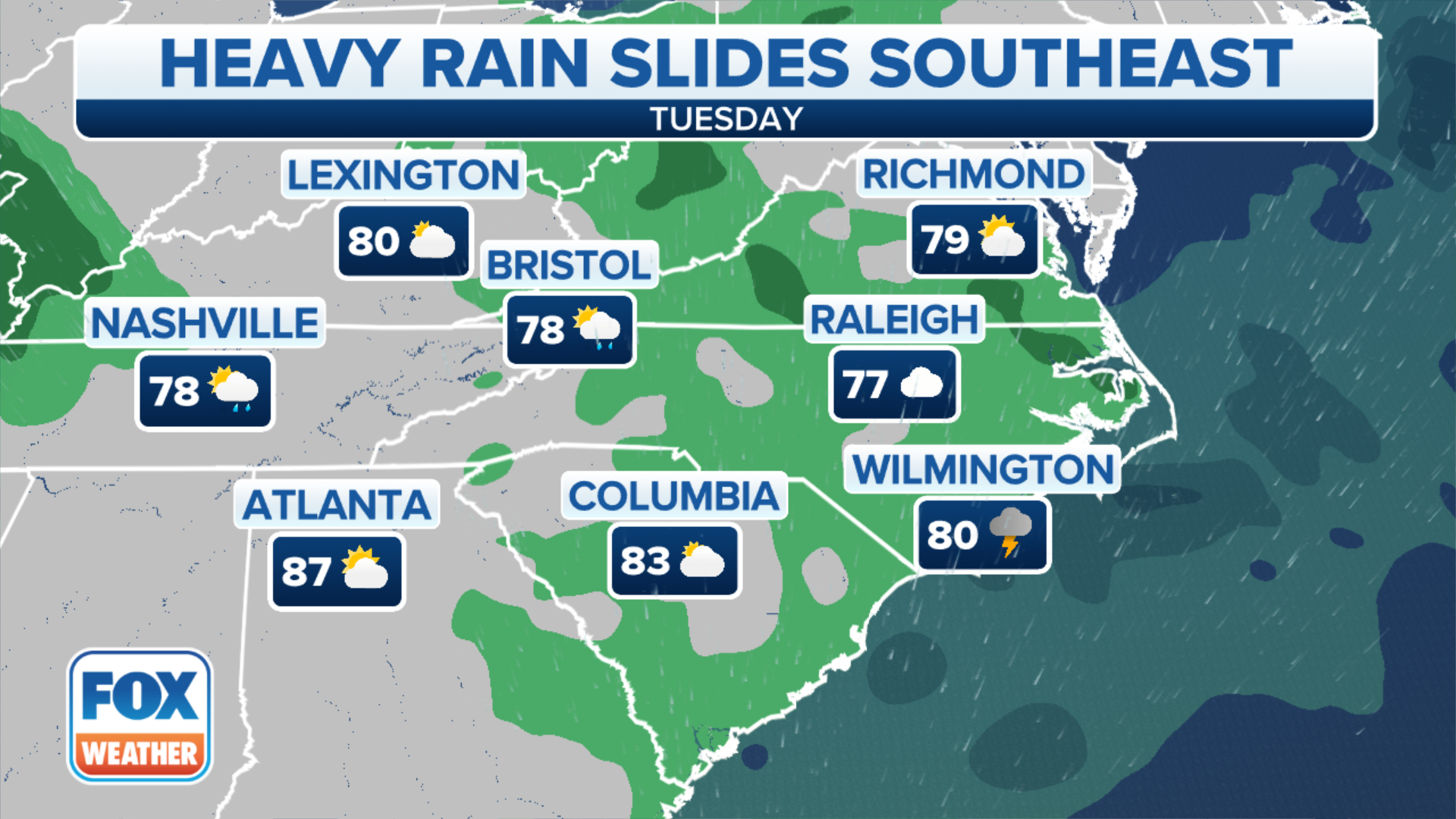 The low-pressure system will slowly track northward along the East Coast through the weekend, producing scattered showers and thunderstorms across much of the Eastern Seaboard. 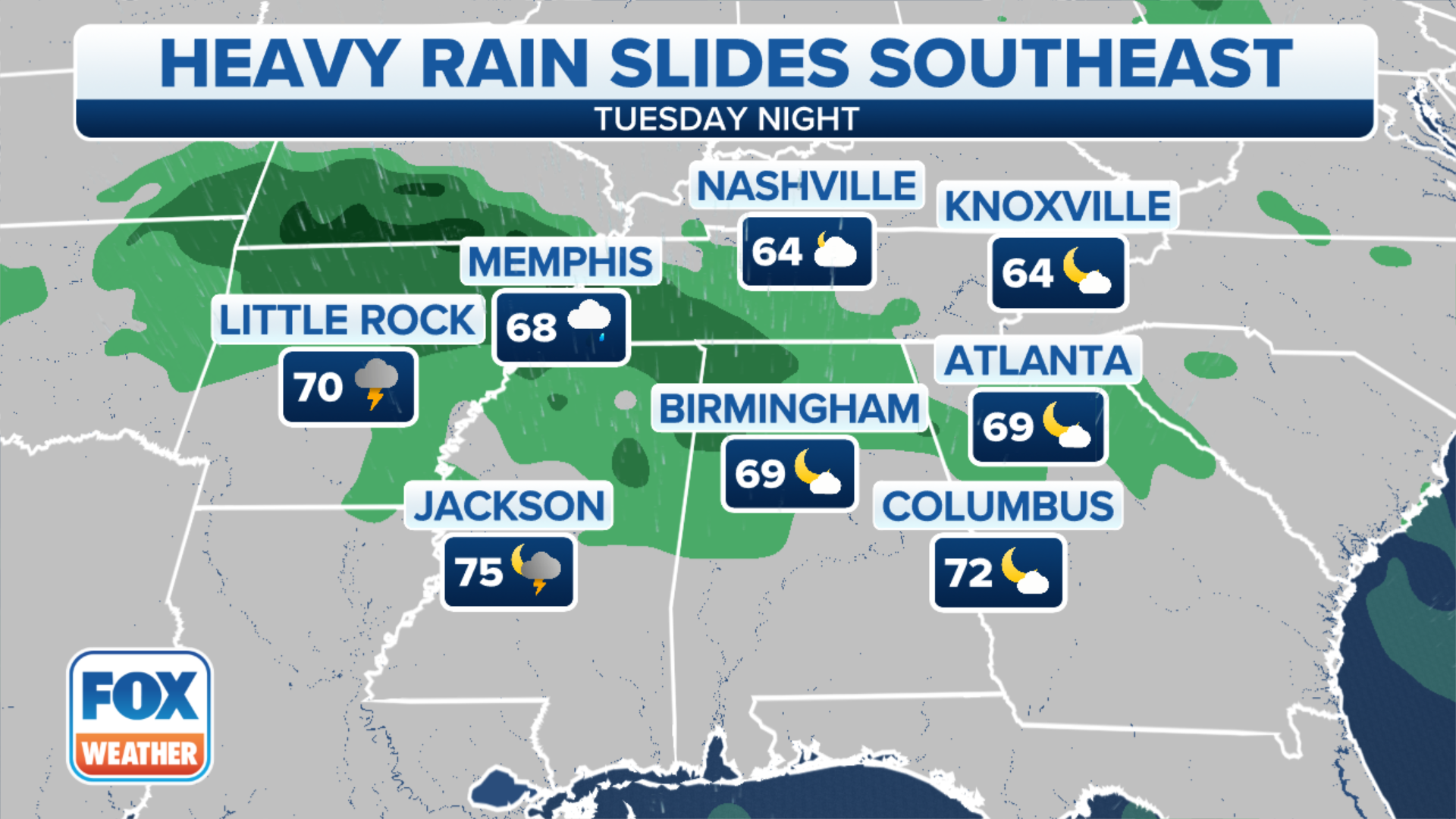 Rainfall amounts are not expected to be particularly high, with most areas seeing less than an inch through the weekend, but the on-and-off showers and storms could certainly become an inconvenience and disrupt outdoor activities in the Southeast, mid-Atlantic and Northeast.

Be sure to download the FOX Weather app and check out the hour-by-hour forecast to see when rain is most likely to threaten your location as you make your weekend plans. 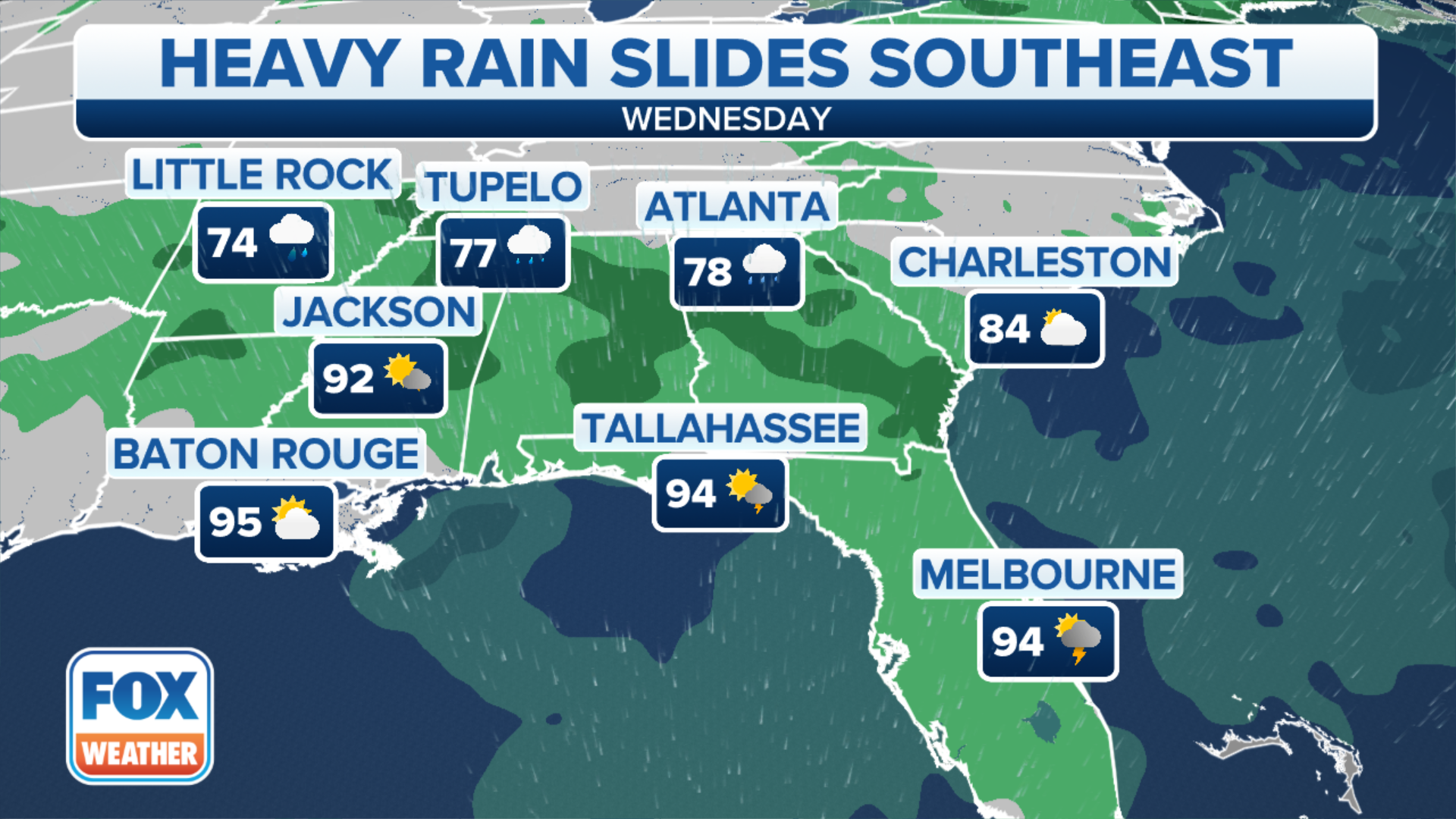 Earlier this week, high surf and coastal flooding generated by this system battered much of the East Coast between the mid-Atlantic and Florida.

One of the hardest-hit areas was the Outer Banks of North Carolina, where widespread coastal flooding on Tuesday forced the closure of portions of N.C. 12 on Hatteras Island, according to the North Carolina Department of Transportation. The highway remained closed Wednesday and into Thursday morning before reopening Thursday afternoon.