A stationary boundary and abundant tropical moisture continue the threat for showers and thunderstorms across much of the Gulf Coast. Meanwhile in Florida, the moisture will interact with colliding sea breeze boundaries. The result will be numerous showers and storms Saturday and Sunday along the Gulf Coast and Florida.

The FOX Forecast Center expects off and on showers and thunderstorms on both Saturday and Sunday, which could impact events.

Friday’s qualifying round at the Daytona International Speedway was canceled due to weather, and Saturday’s forecast is similar, with a good chance of rain during the afternoon and evening. 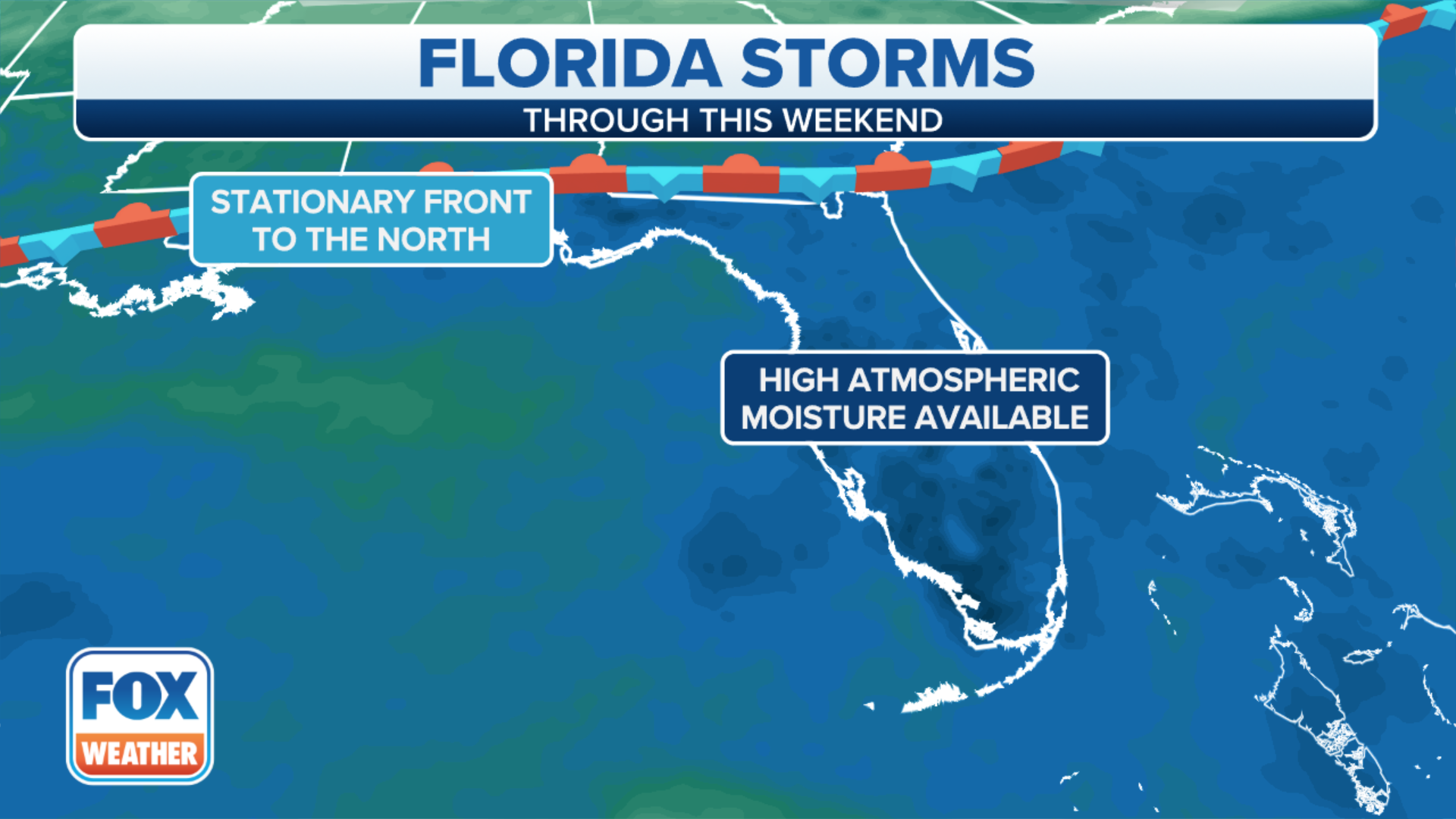 The system producing the wet weather is the same front that triggered historic flooding in Mississippi and caused at least one death in Texas over the past week.

The combination of abundant moisture, sea breezes and the front could lead to rainfall accumulations of upwards of 5 inches through the weekend.

Most parts of the Sunshine State are expected to wind up with between 2 and 3 inches, especially south of the I-4 corridor.

Any storm that forms could be slow-moving and have the potential of turning strong or severe with gusty winds and plenty of lightning.

If Daytona’s track can dodge the scattered storms, the race is expected to begin at 7 p.m. on Saturday.

With rain, FOX Sports reports the 2.5-mile track can take anywhere from 90 to 180 minutes to dry.

Previous wet weather events have forced organizers to delay or shorten some races, and NASCAR is well versed on the threats posed by rain.

Forecast models show the front will gradually weaken and lift northward on Sunday, but a decent chance of rain will continue through the early workweek along I-95, I-75 and I-10 corridors.

All eyes will be on the Space Coast Monday for NASA’s planned launch of a mega moon rocket.

Due to the launch window opening at 8:33 a.m., meteorologists say the rocket could avoid most of the scattered showers and thunderstorms that usually develop during the afternoon.

Launch teams will be keeping a close eye on the radar and have backup windows in the event of a scrub. 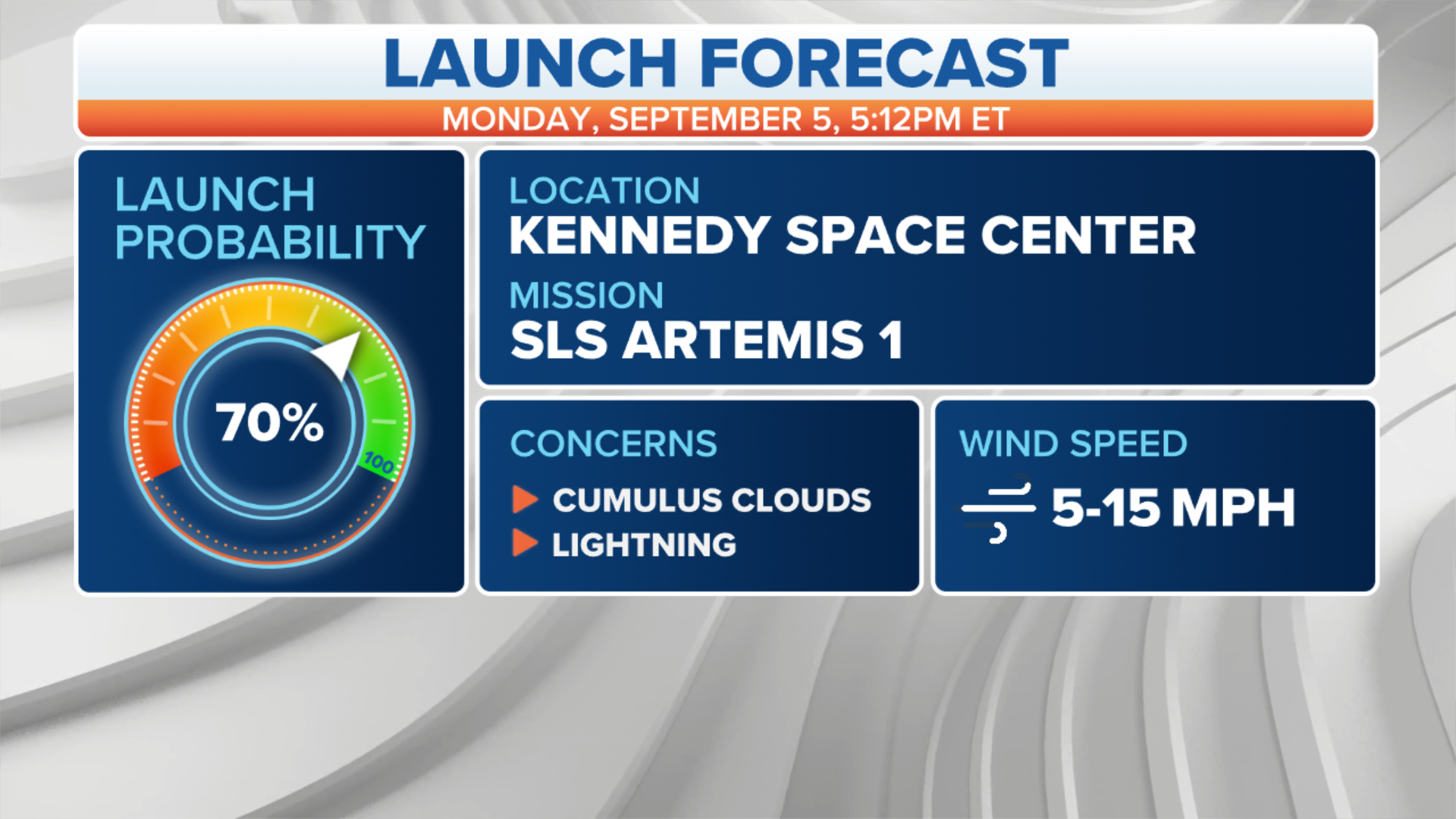