Parade of storms to move across the Northeast this week

Beneficial rain will be moving in to the Northeast this week, but more rain in flood-ravaged Kentucky could slow recovery efforts.

Rounds of heavy rain will move into the Northeast this week, providing some relief from severe drought conditions that have been reported, but more rain in flood-ravaged Kentucky could slow recovery efforts.

Sunday will likely be the driest day with just a few scattered showers and storms, but that will change once we begin the workweek.

Flooding will be a concern in the eastern half of the United States this week.

This front will likely take until Thursday or Friday before it finally moves through, so pockets of heavy rain and flooding will be likely every day.

And unfortunately, it appears as though eastern Kentucky and much of central Appalachia will be in the bulls-eye for the heaviest activity. 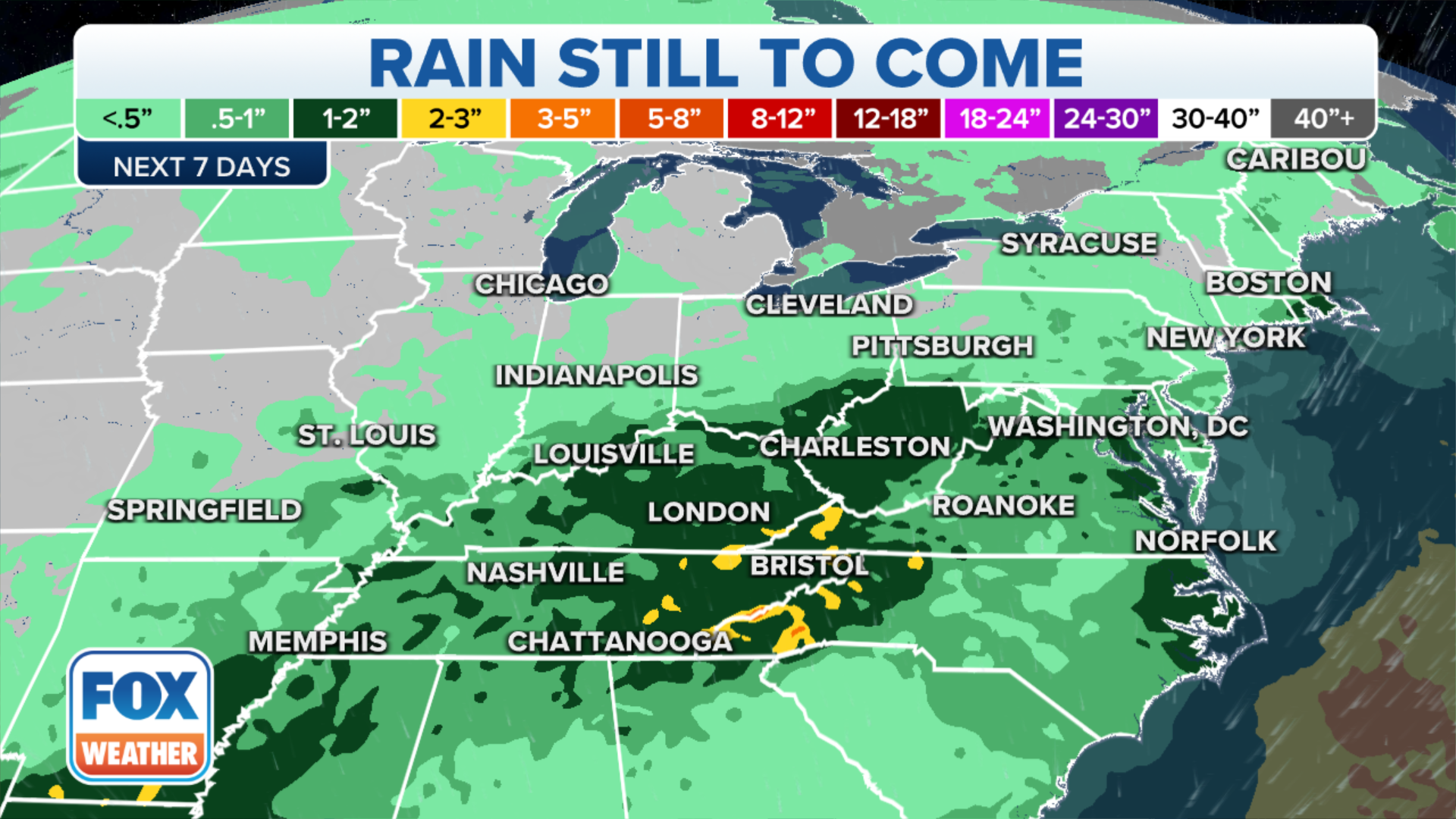 Several inches of rain are expected across the eastern half of the United States this week.
(FOX Weather)

This week, several inches of rain are expected across the eastern half of the United States, including in eastern Kentucky. The region was devastated by historic and catastrophic flooding last week, leaving at least 37 people dead.

The heaviest rain will be seen in the Ohio and Tennessee valleys, but areas in the Northeast and New England could also pick up between 1 to 2 inches of rain, with some higher amounts possible across eastern Massachusetts and northern Rhode Island. 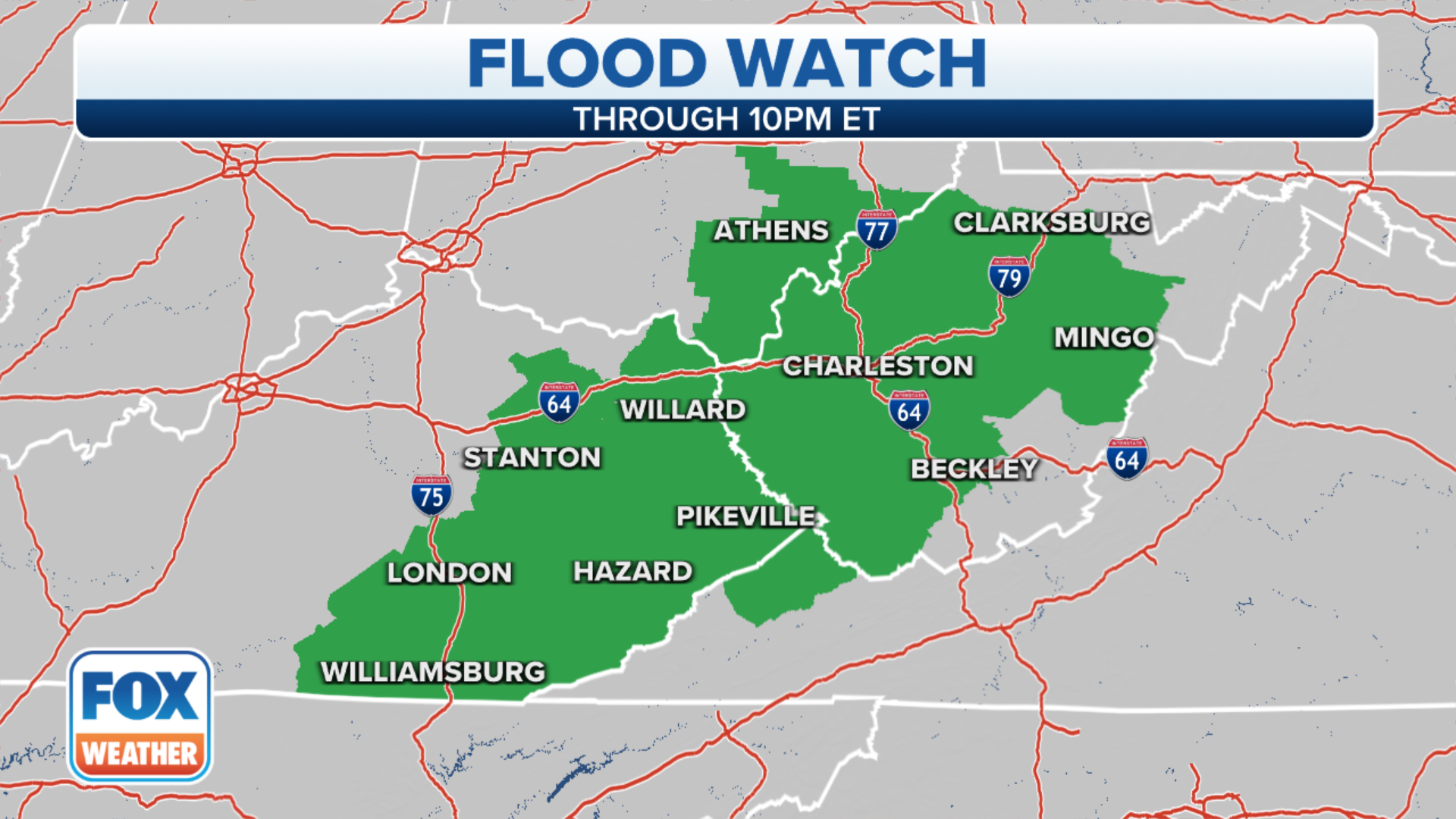 Flood Watches are in effect for parts of Kentucky, West Virginia, Ohio and Virginia.
(FOX Weather)

The National Weather Service issued Flood Watches across parts of Kentucky, West Virginia, Virginia and Ohio in advance of the heavy rain that is expected to impact the region.

Those Flood Watches are in effect until at least 10 p.m. Sunday, according to the NWS.

Hazard, Kentucky, one of the hardest-hit areas last week, is also under the Flood Watch.