38Posts
Back to Top

The threat for severe storms will include part of the Northeast on Thursday.

More than 100,000 outages reported in Wisconsin from storms

PowerOutages.US reports more than 100,000 outages in Wisconsin from the storms. Other places in the Midwest, like Ohio, are still recovering from a derecho that moved through the region earlier this week.

Tornado-warned storm moving out of Wisconsin into Michigan

A tornado-warned storm is moving out of Wisconsin into Michigan.

A Severe Thunderstorm Watch has been issued ahead of developing storms over parts of the southern Midwest and eastern Plains.

Meteorologists expect storms to develop and they could produce large hail and damaging winds.

Tornado Warnings have been issued north of Green Bay, Wisconsin, for a reported tornado.

Tornado Watch issued for the Upper Peninsula of Michigan

A Tornado Watch has been issued for the Upper Peninsula of Michigan into the early morning hours. The watch is only the seventh to be issued for the upper parts of the state since 2010.

Hospital among damage reports as strong tornadoes tear across Wisconsin 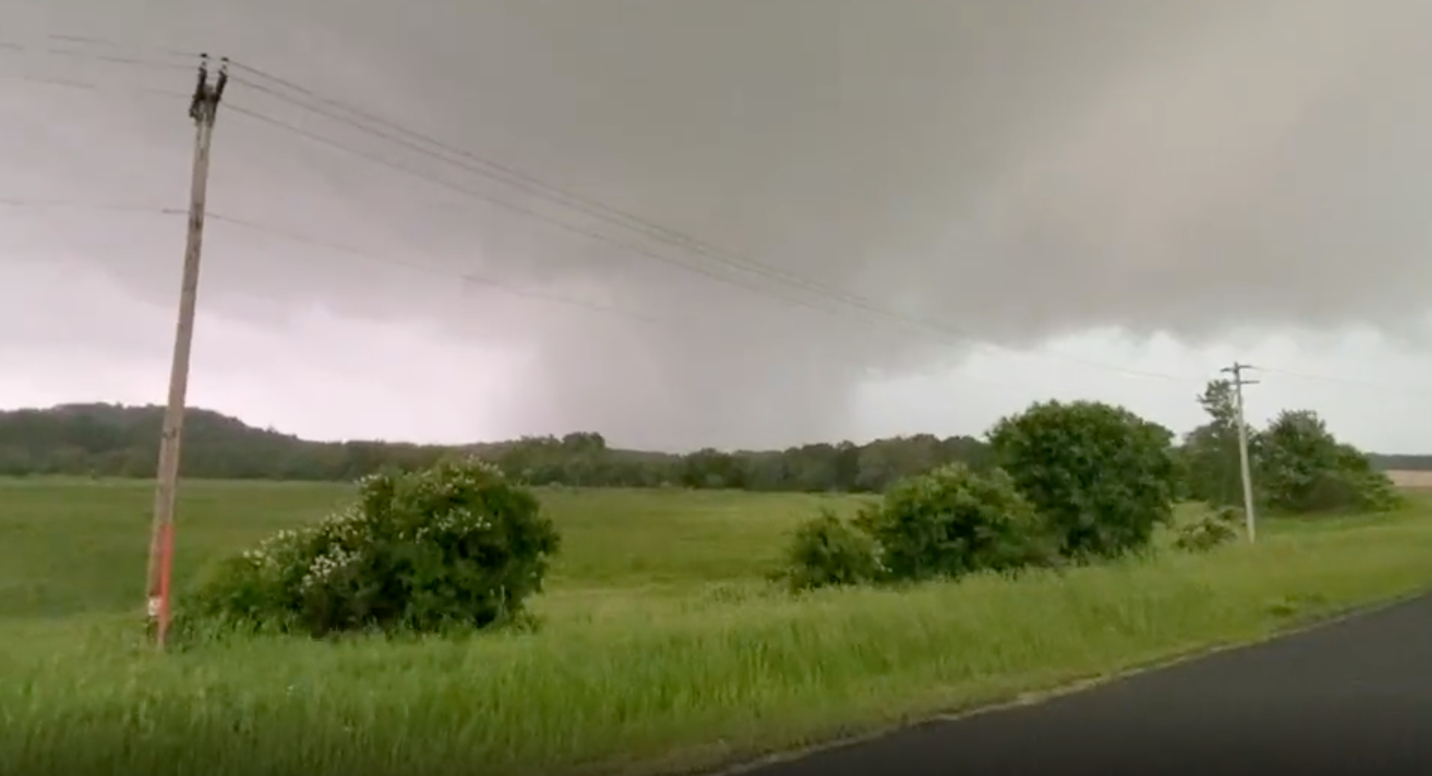 Storms continue to race eastward and areas around Bear Creek, WI have been put under a Tornado Warning.

Damage has been reported in Oakdale, Wisconsin following a tornado-warned storm.

Tornado-warned storm moving across I-90

A tornado-warned storm is moving across I-90, north of Madison, Wisconsin.

The president of the Village of Oakdale, Wisconsin says that the tornado caused extensive damage within the town just moments ago.

Richard Lee says that power lines were down and a farm was hit.

Lee says that emergency officials are working to survey the damage and no word of any injuries at the moment.

A second Tornado Warning has been issued for areas around Baraboo, Wisconsin.

A Tornado Warning has been issued for Buchanan and Delaware counties in eastern Iowa until 5:45 p.m. CDT.

A tornado-warned storm is moving into northern Wisconsin and several counties are now under a Tornado Warning.

Several Tornado Warnings have been issued in Wisconsin as a powerful line of dangerous storms tears through the state.

Anyone inside any of the warned areas should immediately seek shelter in a basement, storm shelter or an interior room on the lowest level of a building.

2 debris signatures show up on radar in Wisconsin

This type of radar signature usually means that a tornado is on the ground and causing damage. The "balls" appearing in the image is the radar detecting debris that is being thrown into the air.

Tornado Warnings have been issued for both of these storms. People who live in the path should immediately seek shelter.

NWS warns of "Dangerous Tornado" on still on ground in Wisconsin

The National Weather Service in La Crosse, WI is warning a dangerous tornado remains on the ground. Tornado Warning remains in effect for Mather, Sprague and Finley.

A confirmed tornado was on the ground moving through Tomah, Wisconsin Wednesday afternoon.

Storm chaser Scott Peake shows us the damage of trees that were snapped in the tornado's path.

Tornado-warned storms moving towards I-39

Tornado-warned storms are moving towards Interstate 39 in Wisconsin. The severe storm threat will continue across the Badger State for the next several hours.

A Tornado Warning has been issued for Wood County, Wisconsin until 4:45 p.m. CDT

A radar signature known by meteorologists as a "debris ball" has been detected with a tornado-warned storm near Tomah, Wisconsin. This type of signature usually indicates that a tornado is on the ground and is causing damage. The "ball" appearing on the image is the radar detecting debris that is being thrown into the air.

A Tornado Warning has been issued for this storm until 5 p.m. People living in the path of this storm should seek shelter immediately.

A severe thunderstorm capable of producing a tornado is moving northeast at 45 mph. The storm will be near Hillsboro around 4:20 p.m.

24,000 people in Wisconsin under Tornado Warning

A Tornado Warning is in effect until 5 pm. for Tomah, Necedah, Cutler, Finley, Monroe Center and Camp Douglas, Wisconsin.

At 4:02 p.m. a confirmed tornado was located near Tomah, moving northeast at 40 mph.

Area of concern for severe weather in next 3 hours

There is an increasing tornado and hail threat in the red area with ongoing storms this afternoon and evening.

Fire and rescue officials in Patch Grove recorded a 65 mph wind gust and report pea size hail is coming down as the severe thunderstorm moves east.

Wind gusts up to 60 mph and quarter size hail are the primary threats.

Damaging winds with gusts over 75 mph are possible with tonight's thunderstorms.There is a significant chance of damaging winds in Portage, Madison, Green Bay and Appleton.

How to identify a safe place to shelter during a tornado 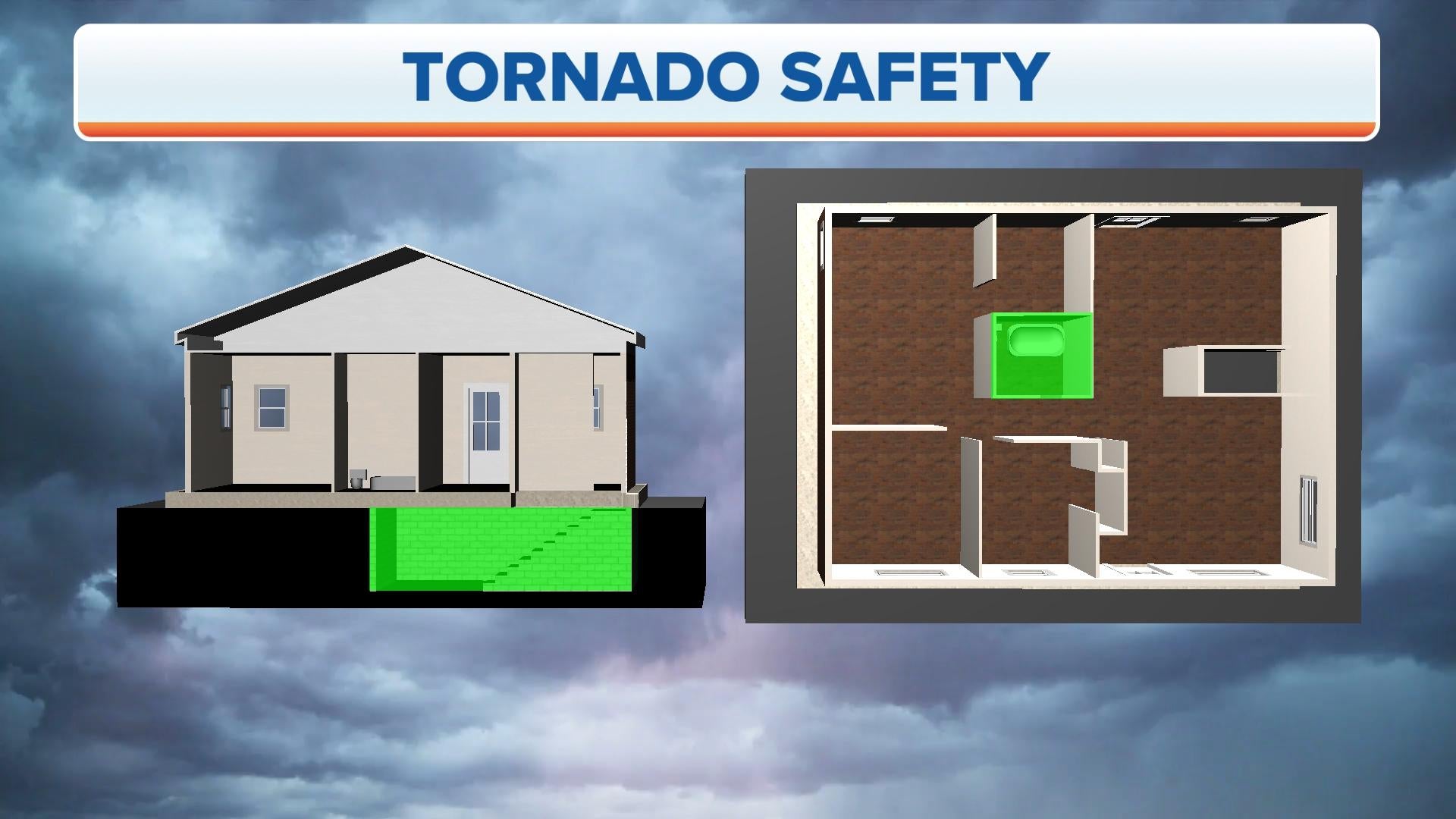 With a Tornado Watch in effect across four Upper Midwest states, now is the time to decide where you will go if a Tornado Warning is issued and you need to shelter.

Green Bay, Madison could see hail up to 2 inches

Severe thunderstorms are bringing the threat of large hail potentially over 2 inches to major cities including Green Bay and Madison.

The primary threats will be a few tornadoes, large hail up to 3 inches and 75 mph wind gusts.

Here's a look at what to expect.