Visit the FOX Weather Wire for live updates on Ian. Click here for the latest forecast, power outages and more.

And while Ian was downgraded from a hurricane to a post-tropical cyclone Friday afternoon, the storm will continue bring tropical-storm-force winds and torrential rain to the I-95 corridor through the weekend.

Ian was a monstrous Category 4 hurricane storm with 150-mph winds when it first came ashore on Cayo Costa, Florida, about 3 p.m. Wednesday. About 90 minutes later, the hurricane made a second Florida landfall – this time just south of Punta Gorda with 145-mph winds.

Here’s where Ian is headed next and a detailed look at the forecast. 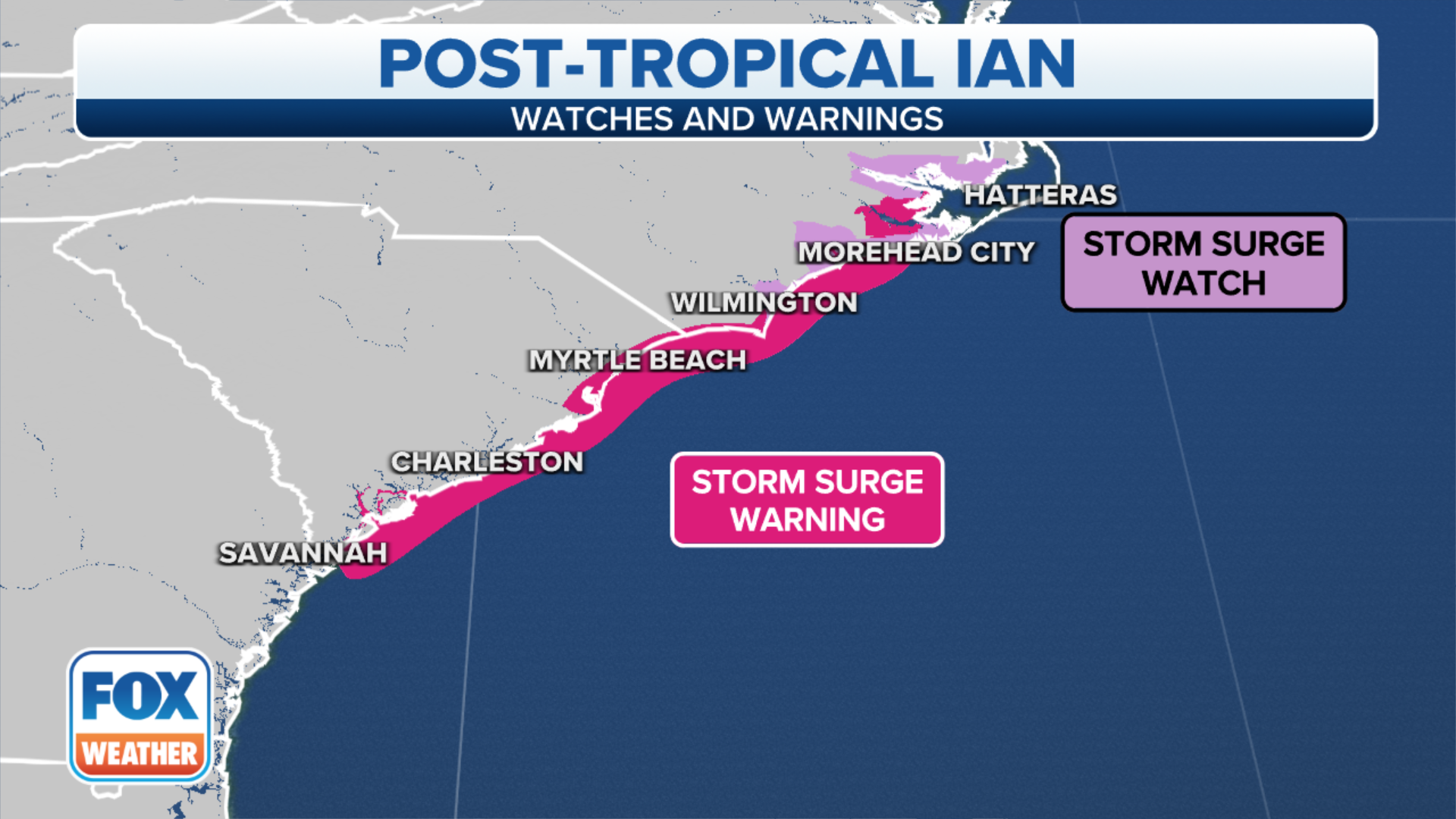 Hurricane Ian made its final landfall on Friday afternoon in South Carolina.

High winds and flooding rains were expected as Ian approached the coast and moved inland. Between 4 and 8 inches of rain is predicted in northeastern South Carolina, with localized totals up to 12 inches possible. 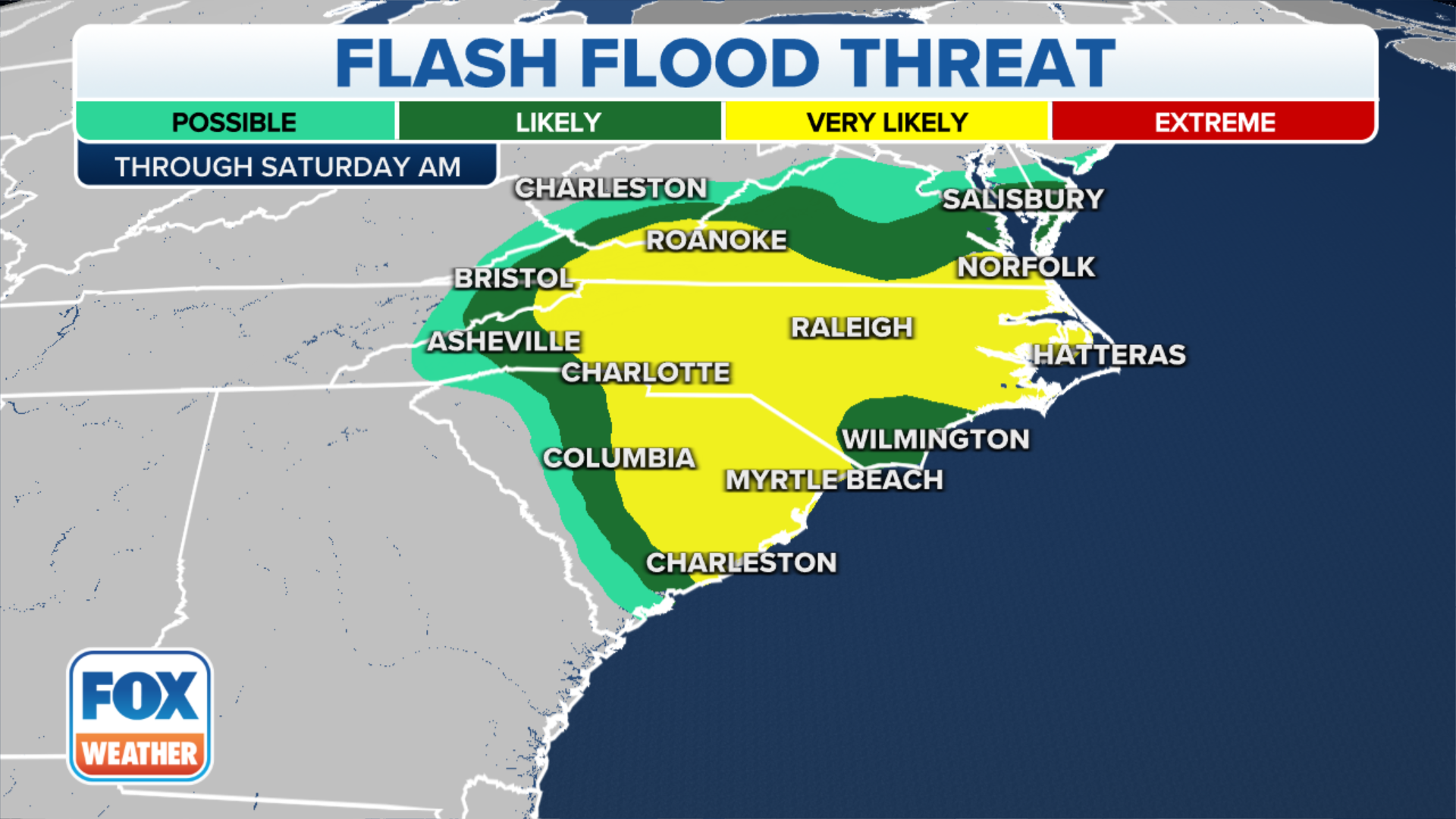 Storm surge is also a concern for Georgia and both of the Carolinas. An inundation of 4 to 7 feet is possible from Edisto Beach in South Carolina to the South Carolina-North Carolina border. This includes the city of Charleston, South Carolina.

Storm surge is also likely along other portions of the Southeast coast from Northeast Florida up through the Outer Banks of North Carolina, as you can see in the peak storm-surge forecast on the map below. 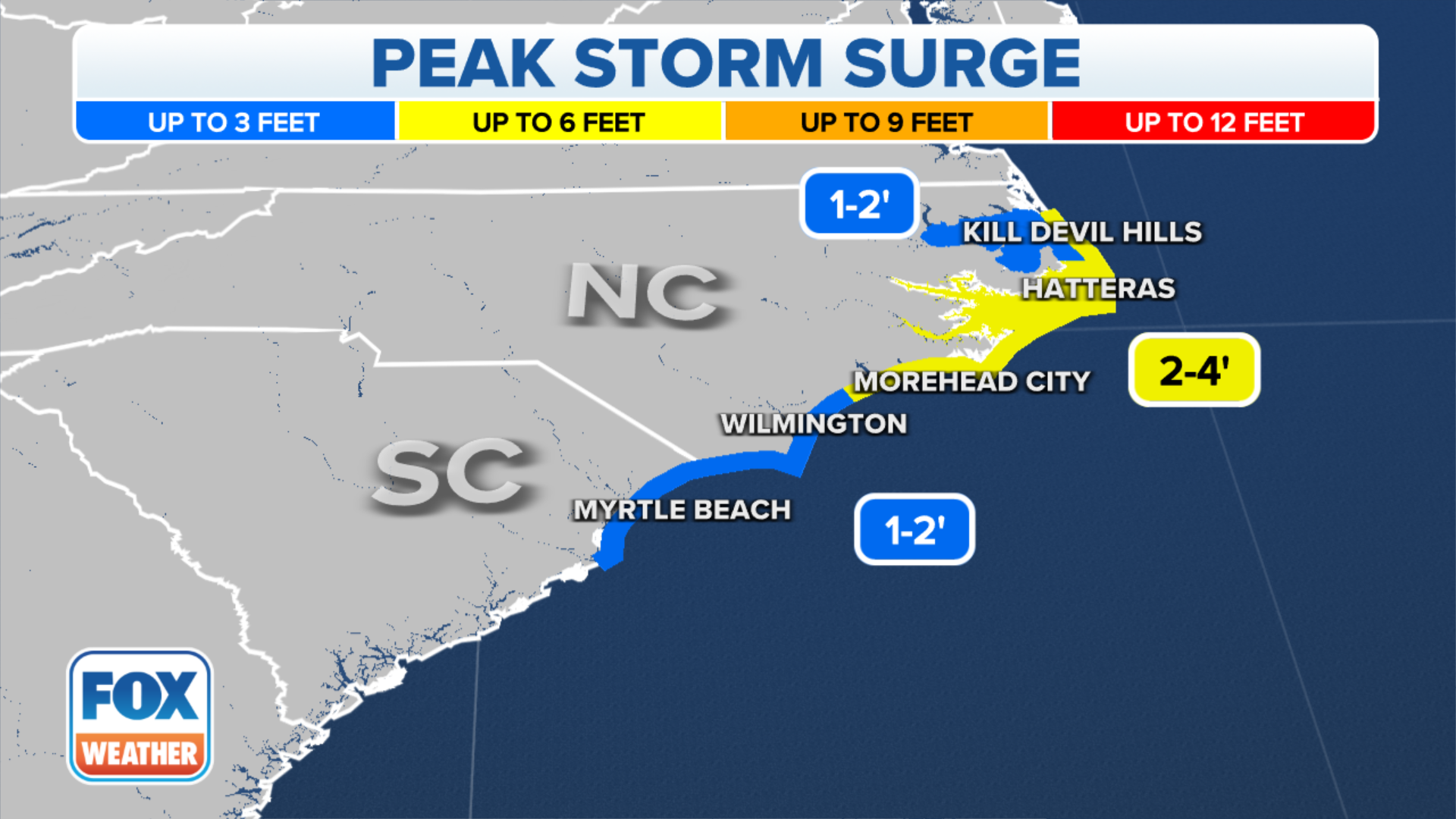 Ian will continue its slow chug across the southeastern U.S., weakening to an extratropical low-pressure system over North Carolina by Saturday before dissipating Saturday night.

Gusty winds and heavy rain will still be a concern with Ian's remnants, however. Between 3 and 6 inches of rain is possible along the Appalachian Mountains from North Carolina into the Virginias and Kentucky. Persistent rain will also lead to rainfall totals between 2 and 4 inches from the Delmarva Peninsula to parts of New Jersey. 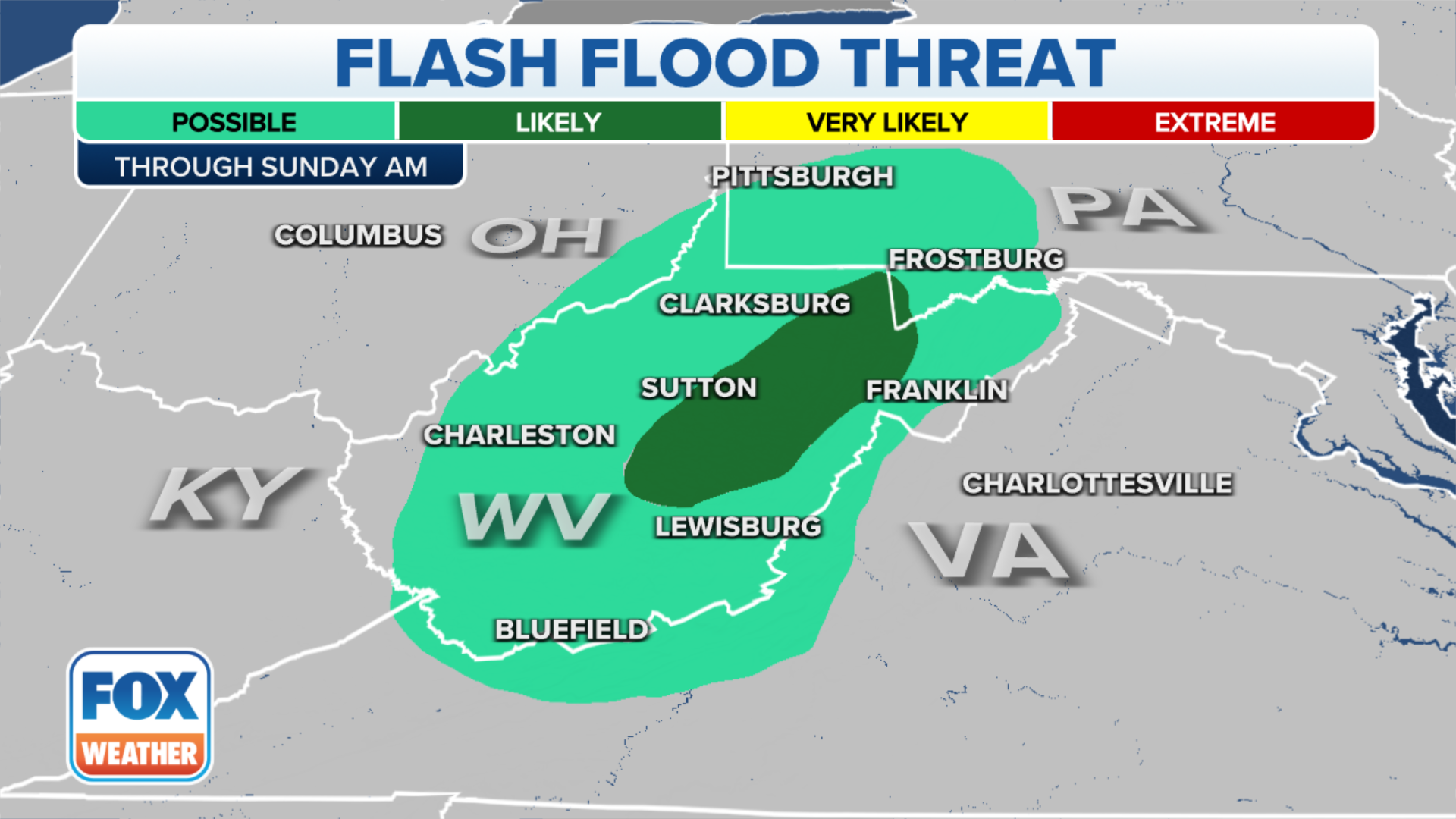 Soaking rains will continue to be the issue for a wide swath of the mid-Atlantic as the remnants of Ian slowly move away from the U.S.

Between 2 and 4 inches of rain is possible in this region, with some places potentially receiving up to 5 inches. 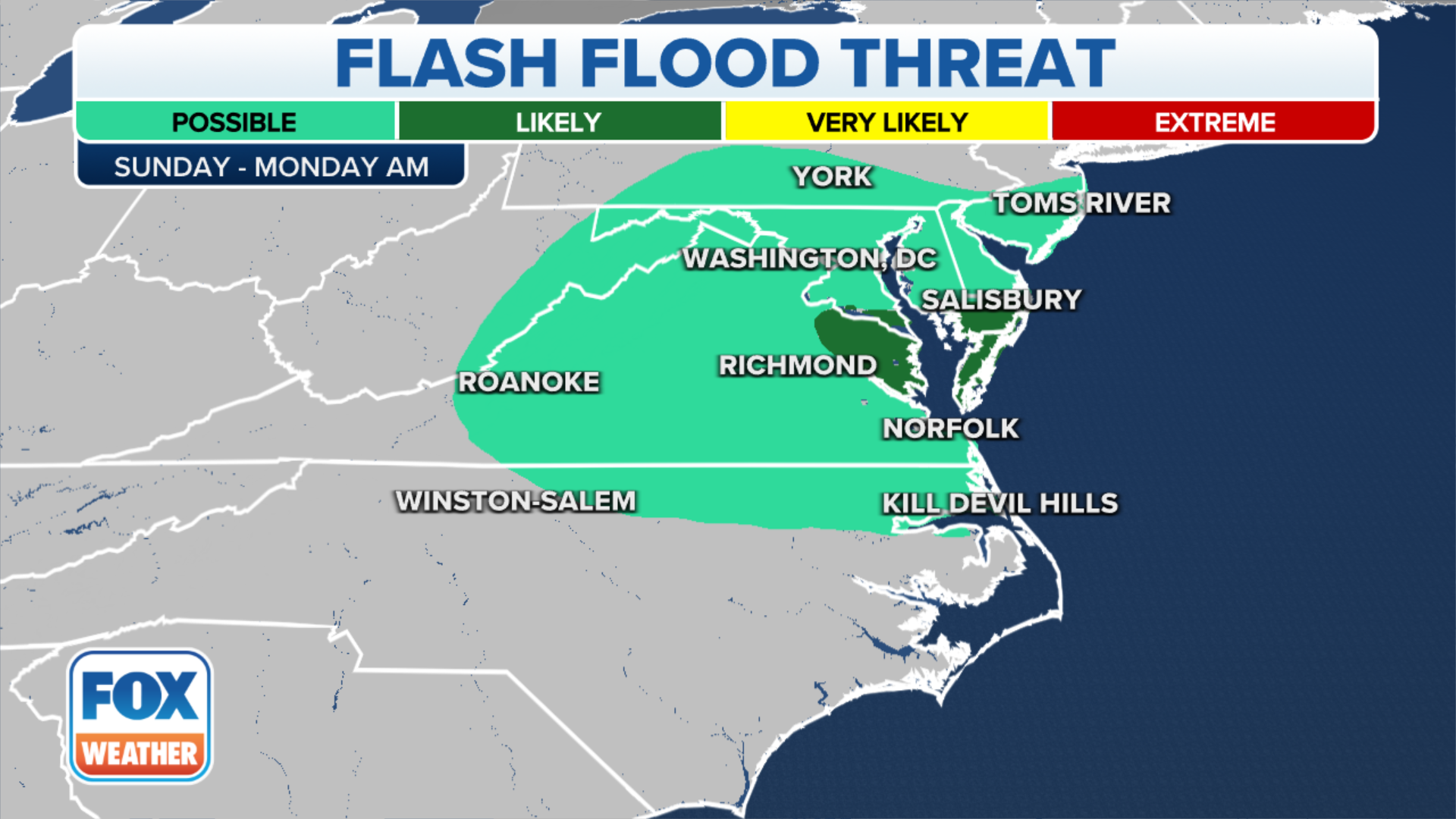