The brief bouts of intense rain are expected for places like Fort Myers, Cape Coral, Sanibel, and Punta Gorda. Any exposed areas of damaged structures will get soaked.

FORT MYERS, Fla. – Showers and thunderstorms have returned to Florida causing urban flooding, and dropping rain in areas impacted by Hurricane Ian forecast to get hit by numerous storms through Friday.

"We still have thunderstorms in the forecast because the cold front is getting closer," FOX Weather meteorologist Britta Merwin said. "Today could be a little more stormy than what we've seen in days past. So hopefully, we can get the rain in and out, and it doesn't fall right on top of hard-hit areas."

The FOX Forecast Center said bouts of brief but intense rain are expected for places like Fort Myers, Cape Coral, Sanibel and Punta Gorda. Any exposed areas of damaged structures will get soaked.

The rain stretches from the Gulf Coast to the east coast of South Florida where urban flooding was underway Thursday afternoon. 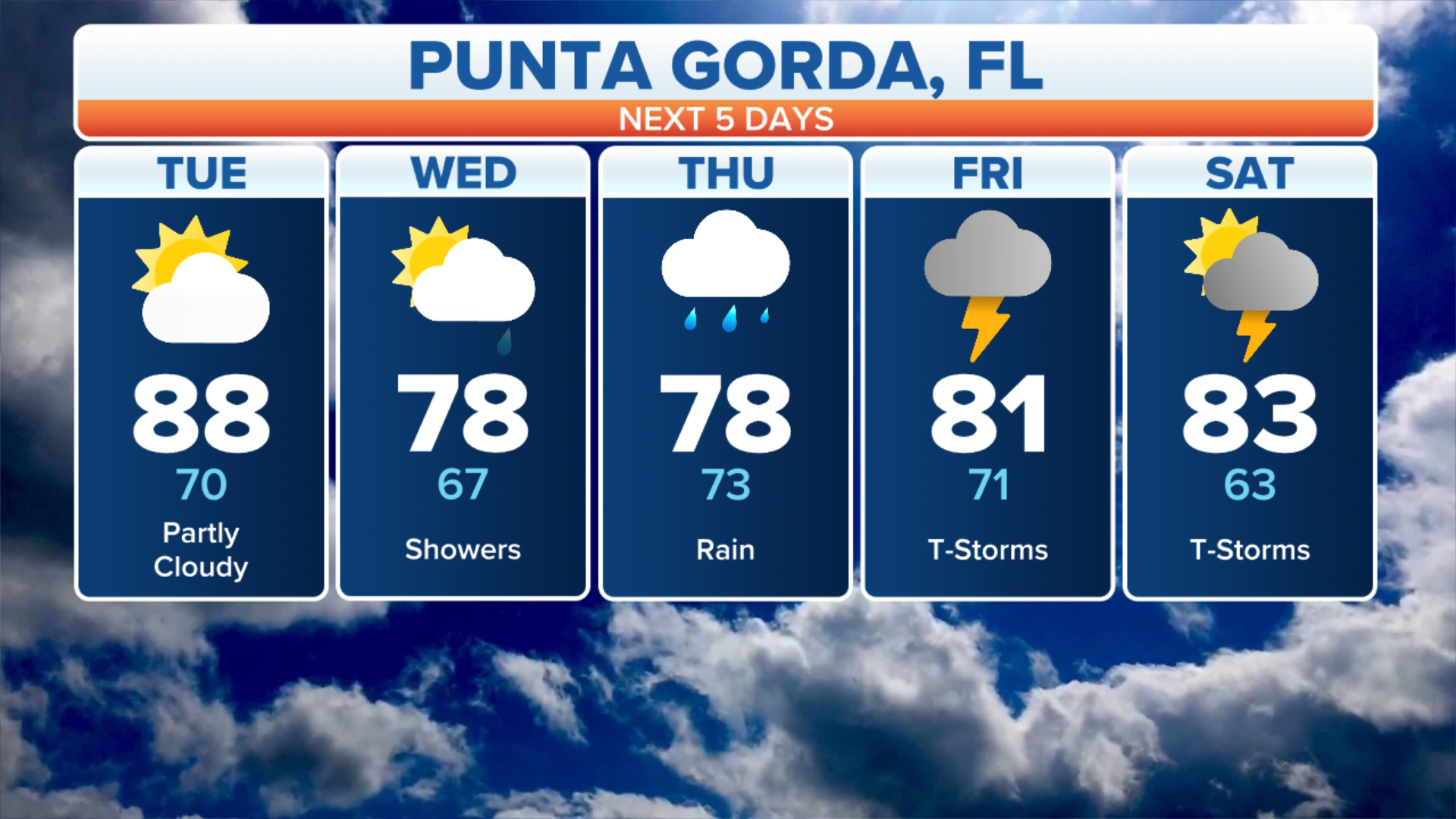 Here's a look at the forecast in Punta Gorda, Florida, the next five days.
(FOX Weather)

However, the additional rain is not expected to be heavy enough to prolong the major river flooding still ongoing across Florida.

"The majority of Friday is going to be drier, especially throughout Sarasota and Tampa," Merwin said. "Unfortunately, we could still see those thunderstorms in the very hardest-hit areas, like Fort Myers and Naples, because the cold front is kind of slowing down as it moves down to the south." 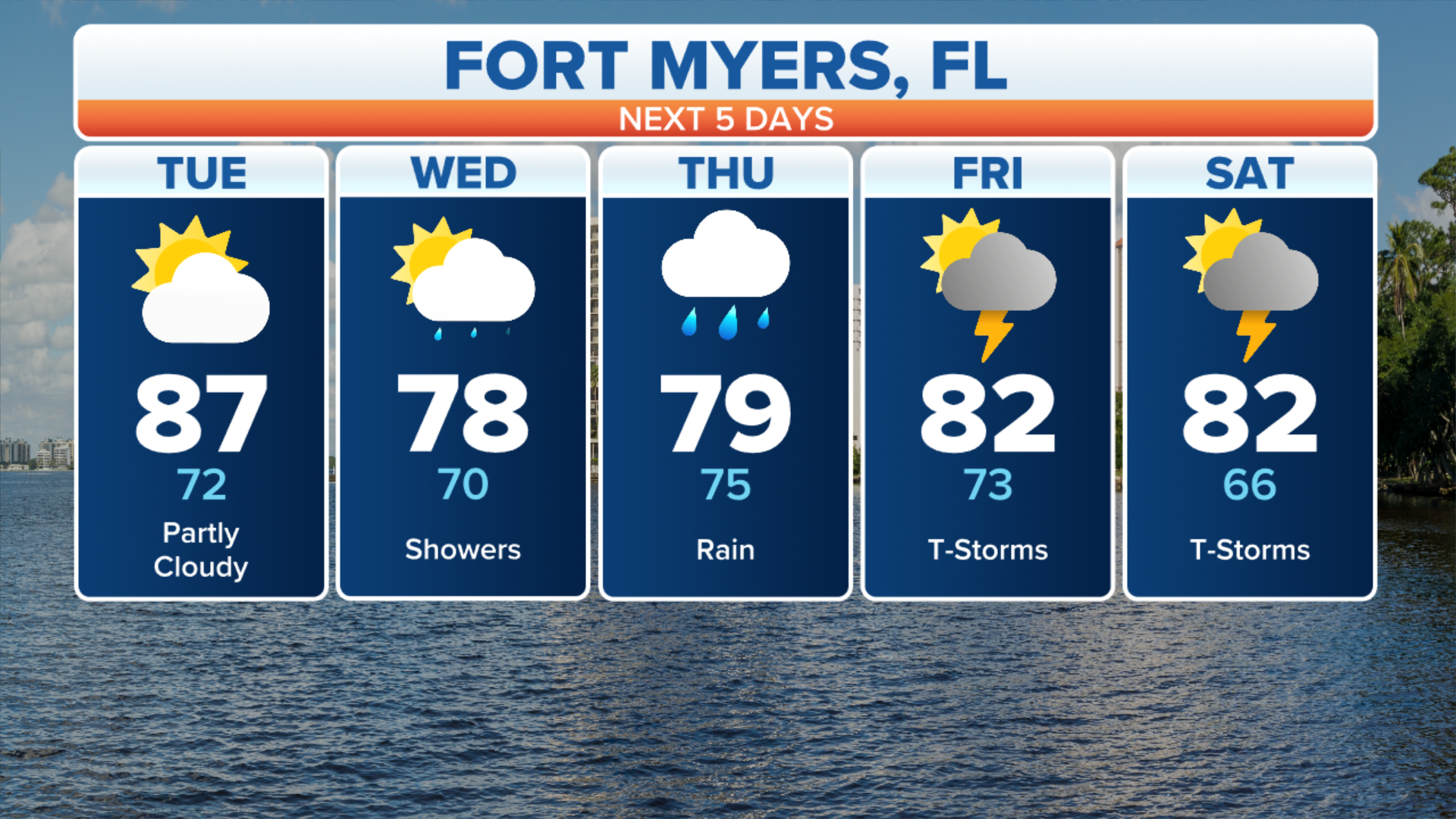 Here's a look at the forecast in Fort Myers, Florida, the next five days.
(FOX Weather)

Hot days are also expected through the end of the workweek as highs sit on either side of 90 degrees.

Merwin said Saturday looks better with lower humidity and temperatures generally in the 80s with the rain being out of the forecast.

"Sunday, as of right now, does look to be dry behind that cold front," she said.

Afternoon commuters get stuck in floodwaters by an I-395 exit ramp in Miami, Florida.

The same low-pressure system bringing rainfall to Hurricane Ian recovery areas was dropping rain all down the eastern coast from Canada to Florida.

The rainfall brought about flooding in areas in Miami Thursday afternoon that commonly flood.

Video recorded along Brickell Avenue shows an Amazon delivery van making its way through the flooded street. Another social media user called it "Brickell River," in reference to the common flooding problems on the Miami street.

The FOX Forecast Center is tracking continued storms across South Florida on both coasts Friday.