Record warmth engulfs the West through the weekend

Numerous daily record highs will likely be tied or broken over the next few days.

BAKERSFIELD, Calif. – It's getting hot in here. Well, out West at least, as widespread warmth and record heat are expected through the weekend.

This comes as a strong dome of high pressure parks itself over the region as highs are expected to soar to 10 to 25 degrees above average, reaching the 70s and 80s. The deserts will likely reach the mid-90s. 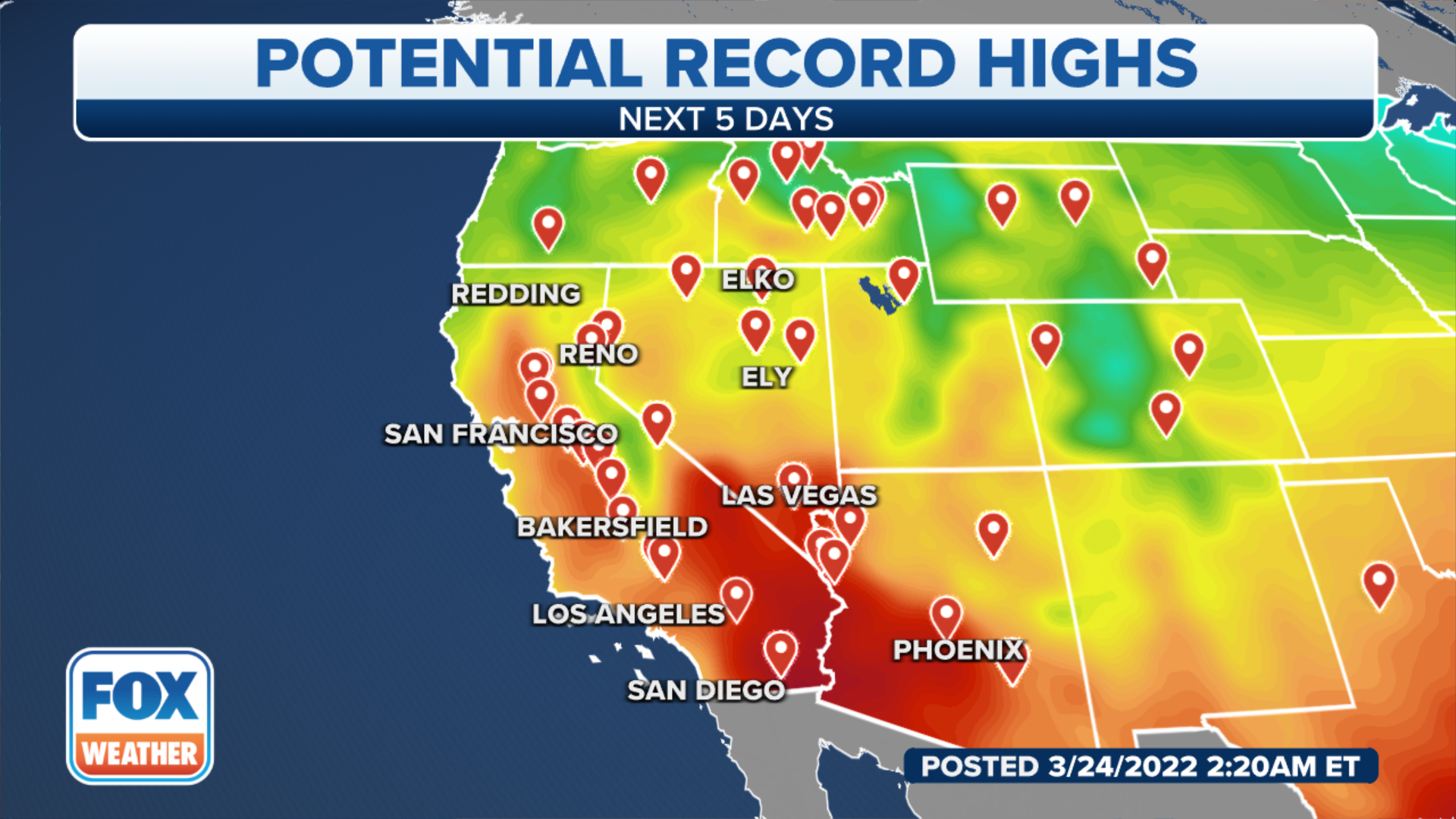 Here's a look at some potential record highs in the West.
(FOX Weather)

Numerous daily record highs were broken on Wednesday. Bakersfield, California, observed a 91-degree high on Wednesday afternoon, breaking an old record of 86 degrees set back in 1914. Temperatures will also hover around 90 degrees through Saturday. Average-high temperatures are only around 70 degrees this time of the year. 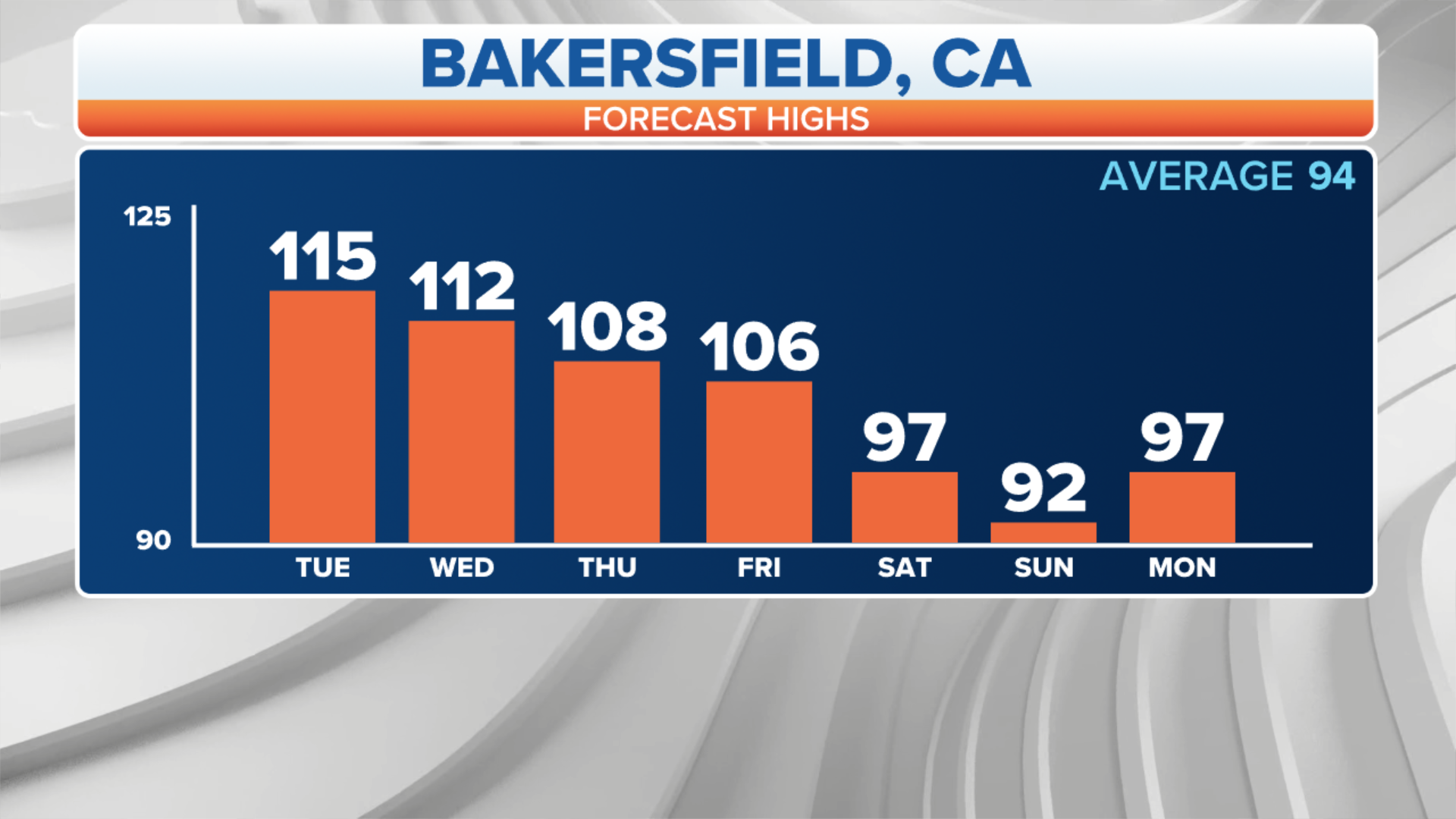 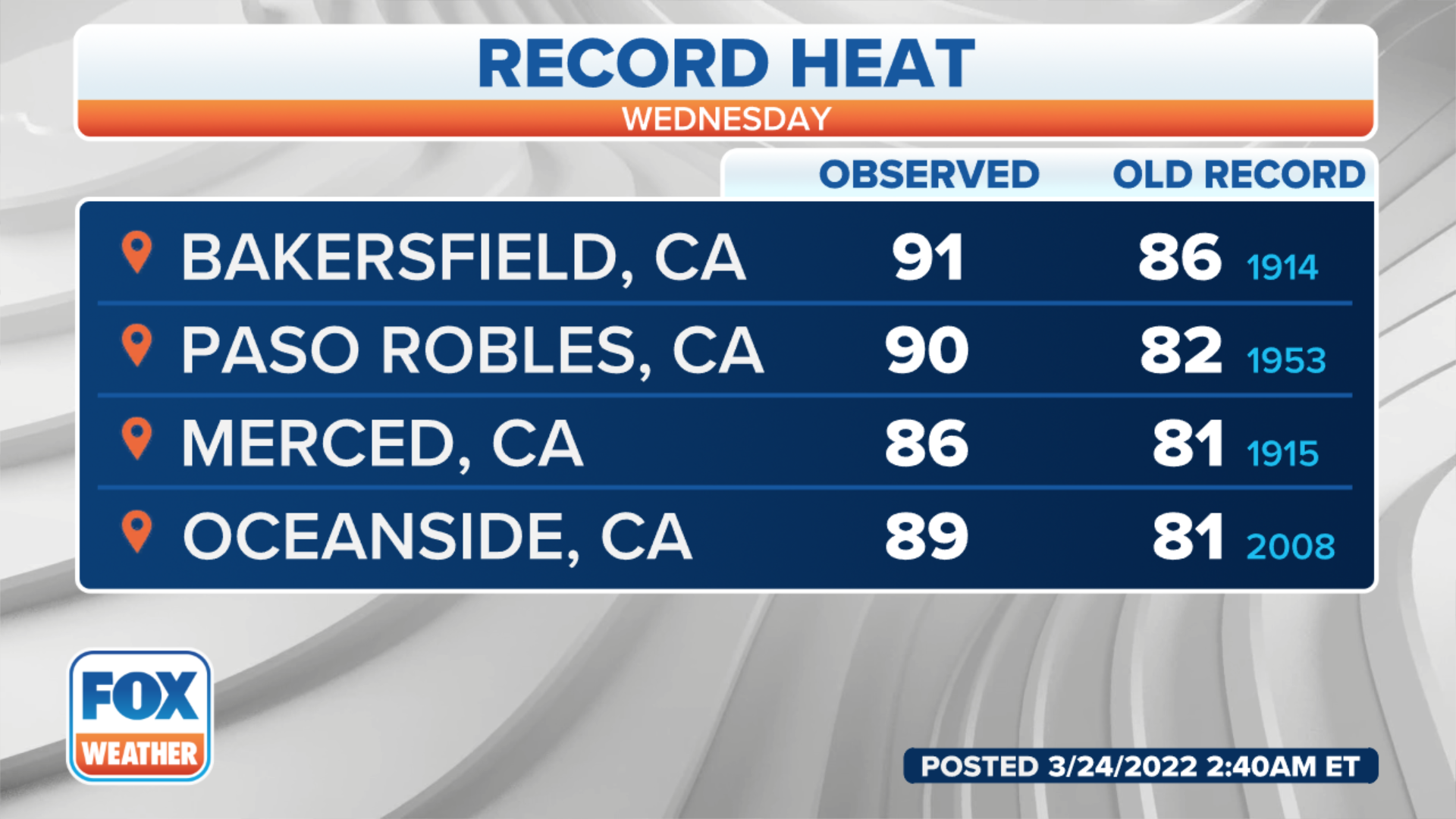 Dozens of additional record highs are possible in portions of southwestern California and the San Joaquin Valley on Thursday before the heat expands to the Great Basin.

High temperatures in the San Joaquin Valley Thursday and Friday afternoons and into the weekend will be in the mid- to upper 80s. These values will place the valley at 15 to 20 degrees above average for this time of year. This will result in record warmth in most of the San Joaquin Valley each afternoon through at least Friday and possibly into Saturday.

But the real surprise is going to be what's happening in Las Vegas, where temperatures will top out around 91 degrees, while Phoenix is expected to reach 94 degrees. 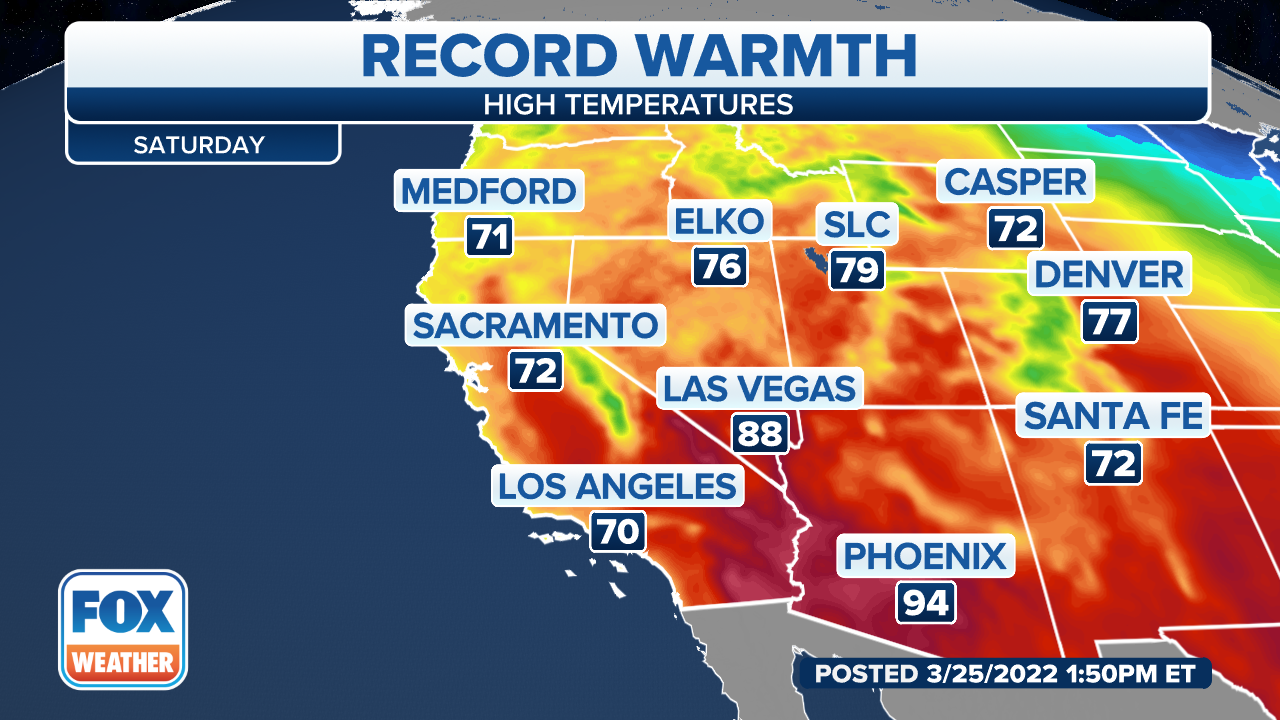 Here's a look at some potential record highs in the West.
(FOX Weather)

Additional record-high temperatures will likely be set through the weekend in the West as high pressure remains locked in place over the region. The heat is the last thing the below-average snowpack needs, as the wet season is quickly drawing to a close.

The National Weather Service said a storm system will approach Central California late this weekend into early next week, resulting in the possibility of rain and mountain snow. Snow levels will remain around 7,000 feet Sunday evening through Monday.