Spring-like temperatures return, shifting to the East Coast into the weekend

A general warming trend is expected across a large swath of the country heading into the weekend.

It will be another warm day in the central part of the country before spring-like temperatures slide toward the East Coast through the weekend.

In the Central Plains, temperatures could get into the mid- to upper-90s by the end of the week.

North Platte, Nebraska, will get to around 79 degrees Thursday but will skyrocket into the low-90s by Friday. 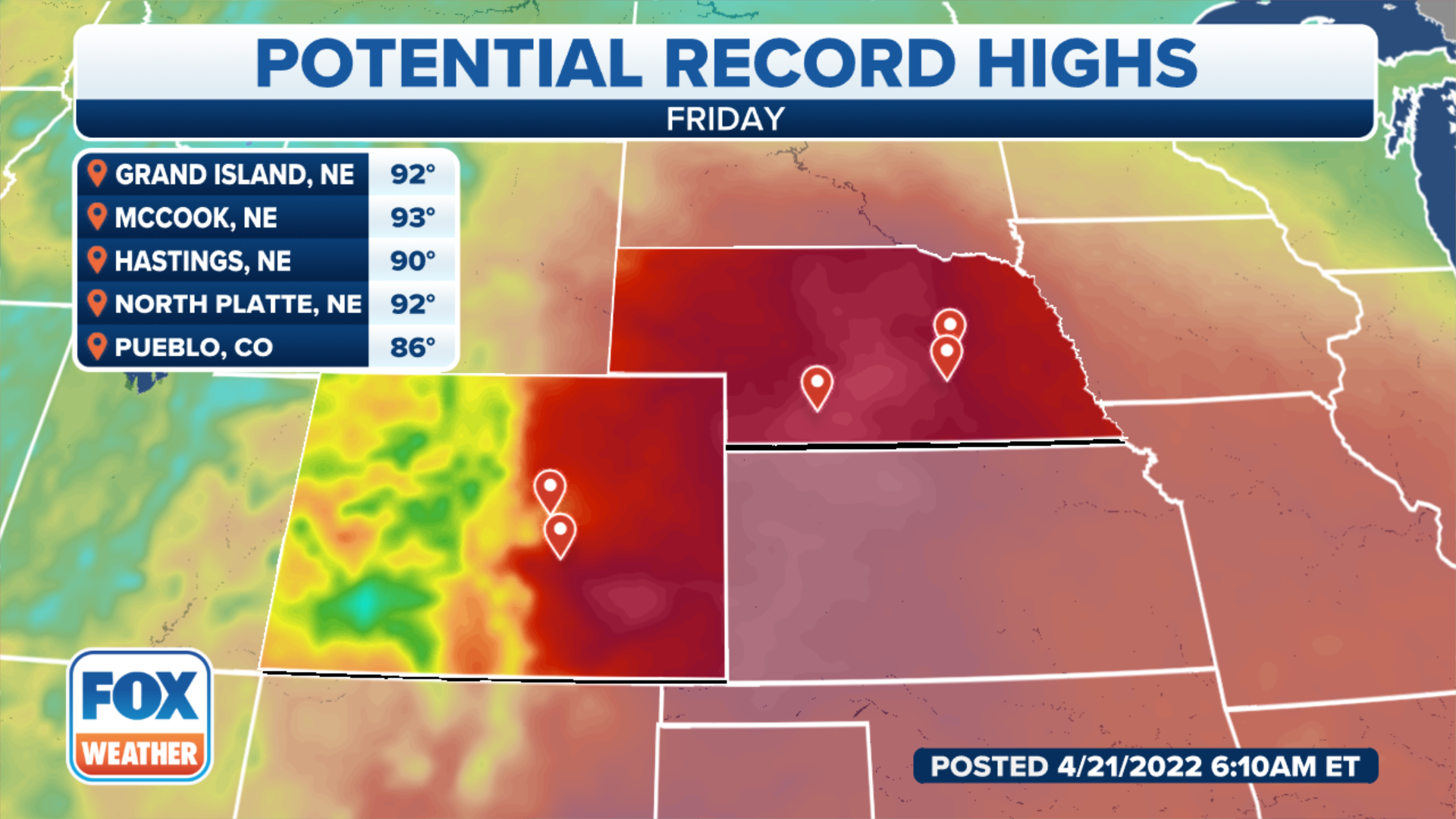 Some temperatures in the Plains could be record-breaking. Most of the records could be broken in Nebraska. Grand Island, McCook, Hastings and North Platte will all get into the 90s.

The temperatures will also be on the rise in the Southern Plains starting Friday.

Temperatures across the Lone Star State will be in the mid- to upper-80s, with some areas in West and South Texas getting into the 90s.

Midland, Texas, will see a high temperature of 88 degrees on Friday, but by Sunday will fall into the upper-70s as the warm air continues to slide to the east.

New York City is expected to get to around 59 degrees but will jump 10 degrees on Friday and Saturday. By Sunday, the Big Apple could reach 70 degrees.

Albany, New York, will be around 60 degrees through Saturday but will enjoy temperatures in the 70s by Sunday.