Tropical Storm Hermine forms off coast of Africa with winds of 40 mph.

Tropical Storm Hermine's venture through the eastern Atlantic only lasted around 24 hours before dry air, colder waters and upper levels winds caused the system to weaken to a tropical depression off the coast of Africa Saturday.

Fortunately for many coastal areas along the Atlantic basin, a break in the ridge over eastern parts of the Atlantic Ocean allowed the tropical cyclones to take an unusual northward path and not become a threat for areas further west.

The system will not pose a threat to the United States, but it is causing off and on showers for the Canary Islands. 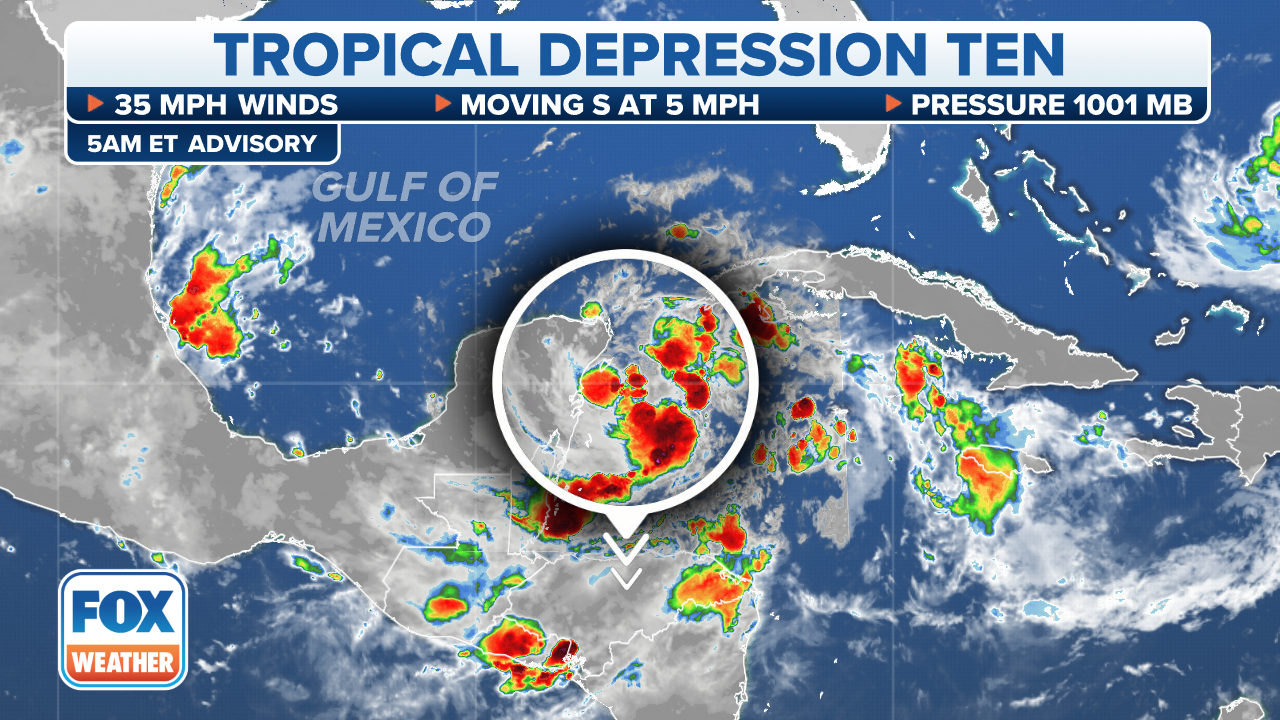 The island chain off the northwestern coast of Africa could see 3 to 6 inches of rain and rough surf through the early workweek.

Once the system weakens further, the National Hurricane Center expects Hermine's remnant low to meander harmlessly over the open waters of the east Atlantic. 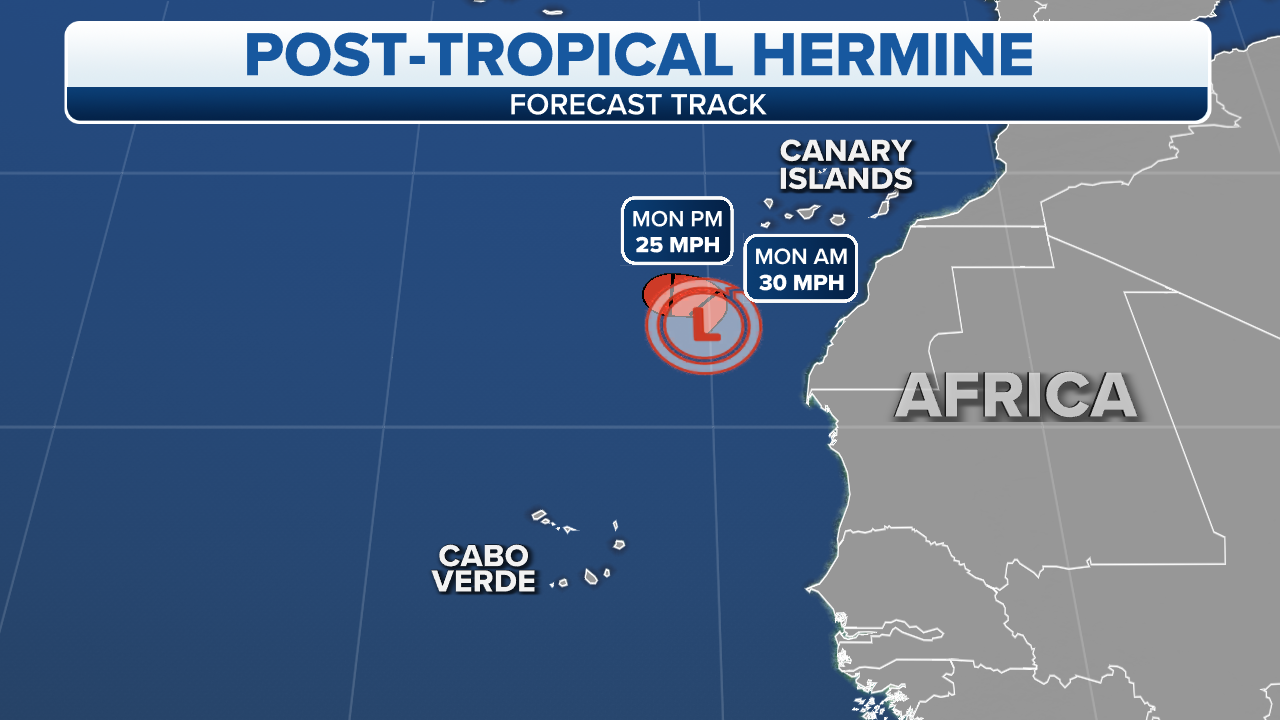 What else is brewing in the tropics?

The remnants of Tropical Storm Hermine will not pose a threat to the U.S. or the Caribbean Sea, but the FOX Forecast Center is tracking several other systems across the Atlantic basin.

Tropical Storm Ian is strengthening in the Caribbean and Gaston is meandering in the North Atlantic.

The threat of hurricane conditions from Ian caused Florida Governor Ron DeSantis to issue a state of emergency for all of the state's 67 counties.