Monsoon weather not letting up in the Southwest

More rounds of rain and thunderstorms brought on by a favorable monsoon pattern will continue across the Southwest.

Flood Watches are in effect for parts of the Southwest as the region continues to get battered with showers and thunderstorms brought on by a favorable monsoon pattern that will continue for the next several days. 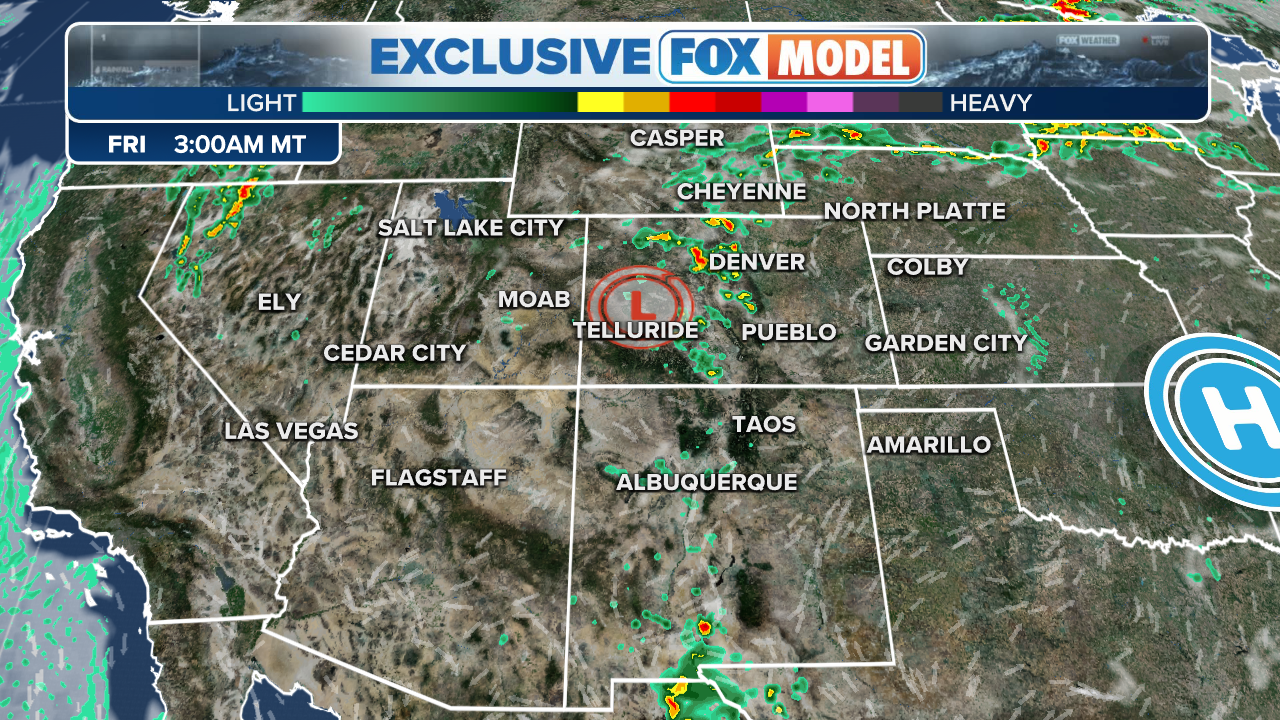 What conditions could look like by late Sunday afternoon.
(FOX Weather)

Moisture is being pulled in from the south, and as the daytime heating continues, showers and thunderstorms will become more widespread.

These thunderstorms will be slow-moving heavy rain producers, which could be particularly dangerous near burn scars. Heavy rain falling on top of burn scars could lead to mudslides and debris flows.

Flood Watches are in effect through Monday evening.
(FOX Weather)

In Utah, the Flood Watches include Capitol Reef and Zion national parks, as well as Halls Crossing.

In New Mexico, the Food Watches are in effect for areas near Santa Fe. 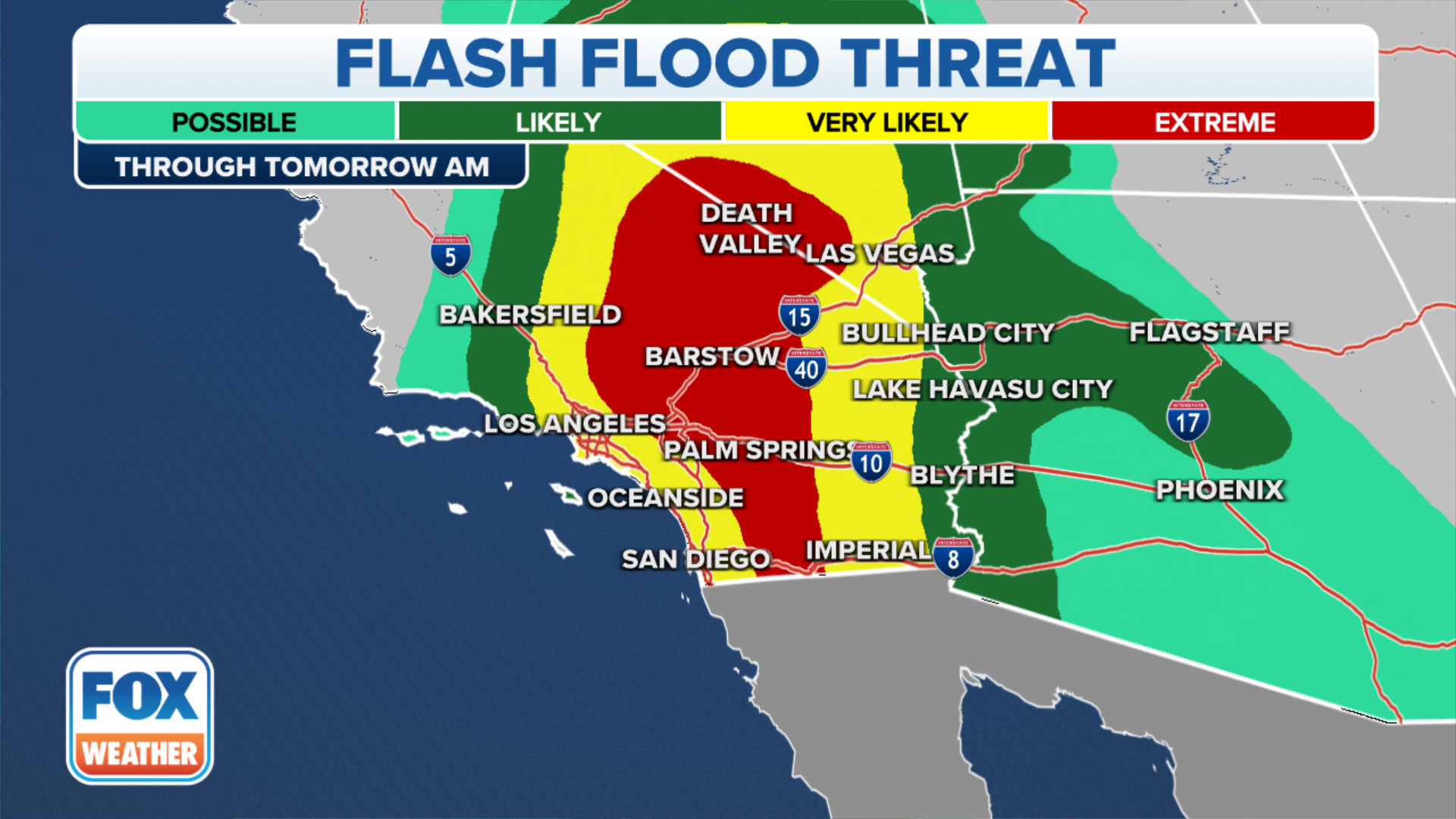 While only parts of Utah and New Mexico are under a Flood Watch as of Sunday morning, there is a more widespread area of the Southwest where flash flooding could occur.

Flash flooding is possible from eastern Arizona, across New Mexico and into the Texas and Oklahoma panhandles. Central and southern Colorado could also see flash flooding if heavier rain bands set up.

However, areas where flash flooding is likely on Sunday include eastern, central and northeastern New Mexico. 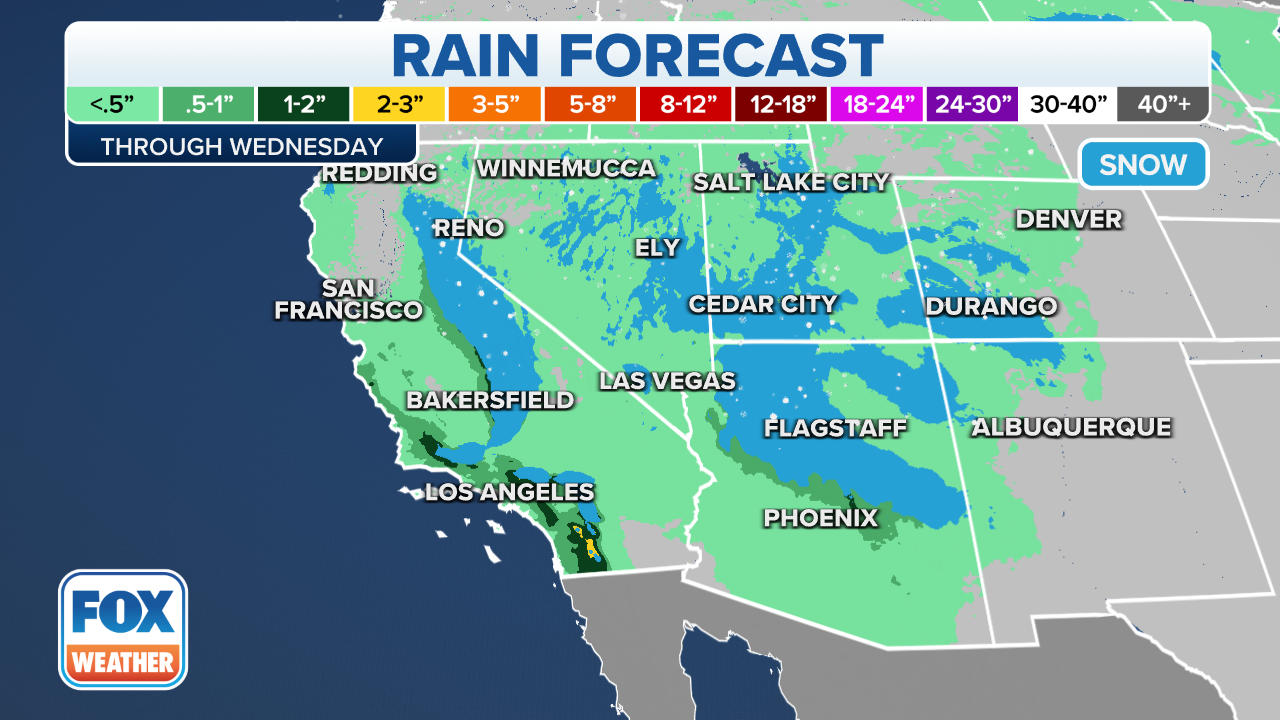 Expected rain totals over the next three days.
(FOX Weather)

Parts of the Southwest could see several inches of rain fall over the next three days.

Most areas in Arizona, Utah and Colorado will see a half-inch of rain or less. However, the bullseye for the heaviest rain is expected to be in New Mexico.

Central and northern parts of the state can expect to see 1 to 2 inches of rain, but there are areas of the state that could see 2 to 3 inches or more by the time we get into Wednesday.

The radar loop below shows where showers and thunderstorms have been ongoing over the past three hours.