Periods of heavy rainfall will continue over the Southwest during the weekend.

Thunderstorms driven by the summertime monsoon pattern caused significant flash flooding issues in the Desert Southwest Friday and the wet weather pattern shows no signs of slowing down.

The park received at least 1.7" of rain, nearly an entire year’s worth on Friday morning.

Here is a look at some of the floodwaters pouring over State Route 190 through Death Valley National Park.

The heavy rainfall led to flash flooding that closed every road in Death Valley National Park, according to the National Park Service.

At least 1,000 people were estimated to be temporarily trapped by the rising floodwaters that have since receded.

The flooding left cars damaged and a thick layer of mud and debris in parking lots and roadways.

Additionally, many nearby facilities including hotel rooms and business offices were damaged.

The park is working with the California Department of Transportation and other agencies to assess the damage.

Death Valley experienced one of its rainiest days in history.

Monsoon rains linger through the weekend

Monsoon moisture will continue to linger across much of the Intermountain West and Desert Southwest through the weekend.

Flood situations like Phoenix saw Thursday morning will remain possible as these storms have the potential to drop a lot of rain in a short period. 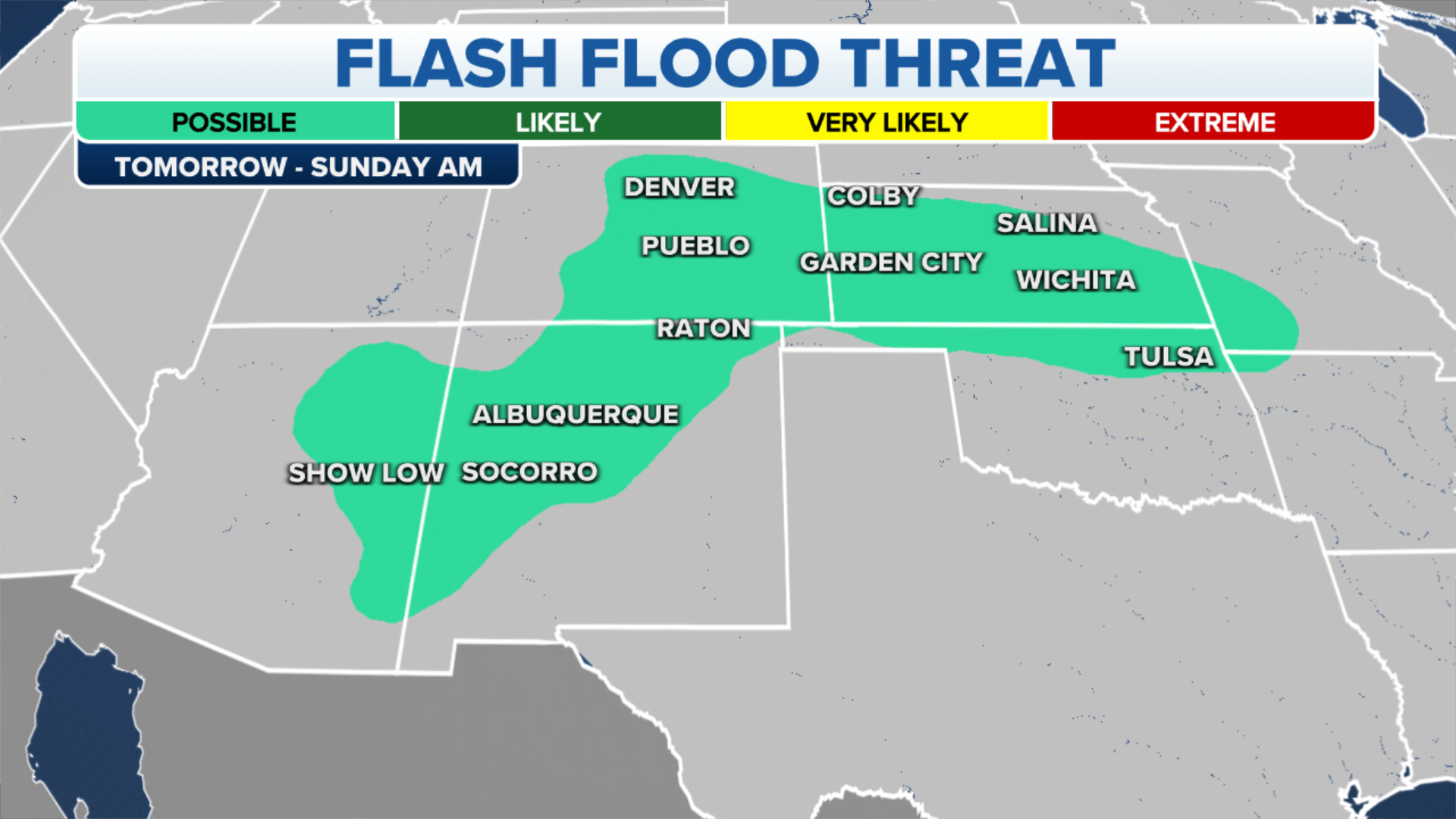 The greatest flood threat Saturday will be across southern Arizona – including Tucson – as well as the Great Basin. Flash flooding will be possible throughout the Southwest wherever the strongest storms set up, especially around major burn scars.

Forecast models show some areas could pick up on more than three inches of rainfall, which could lead to flash flooding.

Long-range outlooks indicate that above-average monsoon storm activity will likely continue through the rest of the month.