The Ross Fork Fire in Idaho burned nearly 2,500 acres on Wednesday but is now 100% contained.

The Ross Fork Fire started Tuesday evening northeast of Pocatello, east of Interstate 15. Forecasters with the NWS office in Pocatello could spot the smoke from miles away. Several hours later, the fire had grown from 50 to 100 acres, sending smoke throughout the area.

Overnight, the bright orange flames near the Fort Hall Reservation continued to grow as thunderstorms moving in from Nevada brought 20- to 40-mph wind gusts to the fire area, according to the NWS.

According to the Tribal Office of Emergency Management, the Ross Fork Fire is controlled and burned roughly 2,500 acres.

A second fire started near the Ross Fork Fire on Aug. 10, 2022 near Pocatello, Idaho.

Fort Hall Fire officials reported the wildfire fire had moved away from structures on the reservation Wednesday morning.

Around 5 a.m. Mountain time Wednesday, a secondary fire broke out near the Pocatello Airport and Interstate 86. Fire crews were also responding to that blaze.

Residents were evacuated to the Shoshone-Bannock Hotel and will hopefully be able to return home later on Wednesday, according to tribal officials. 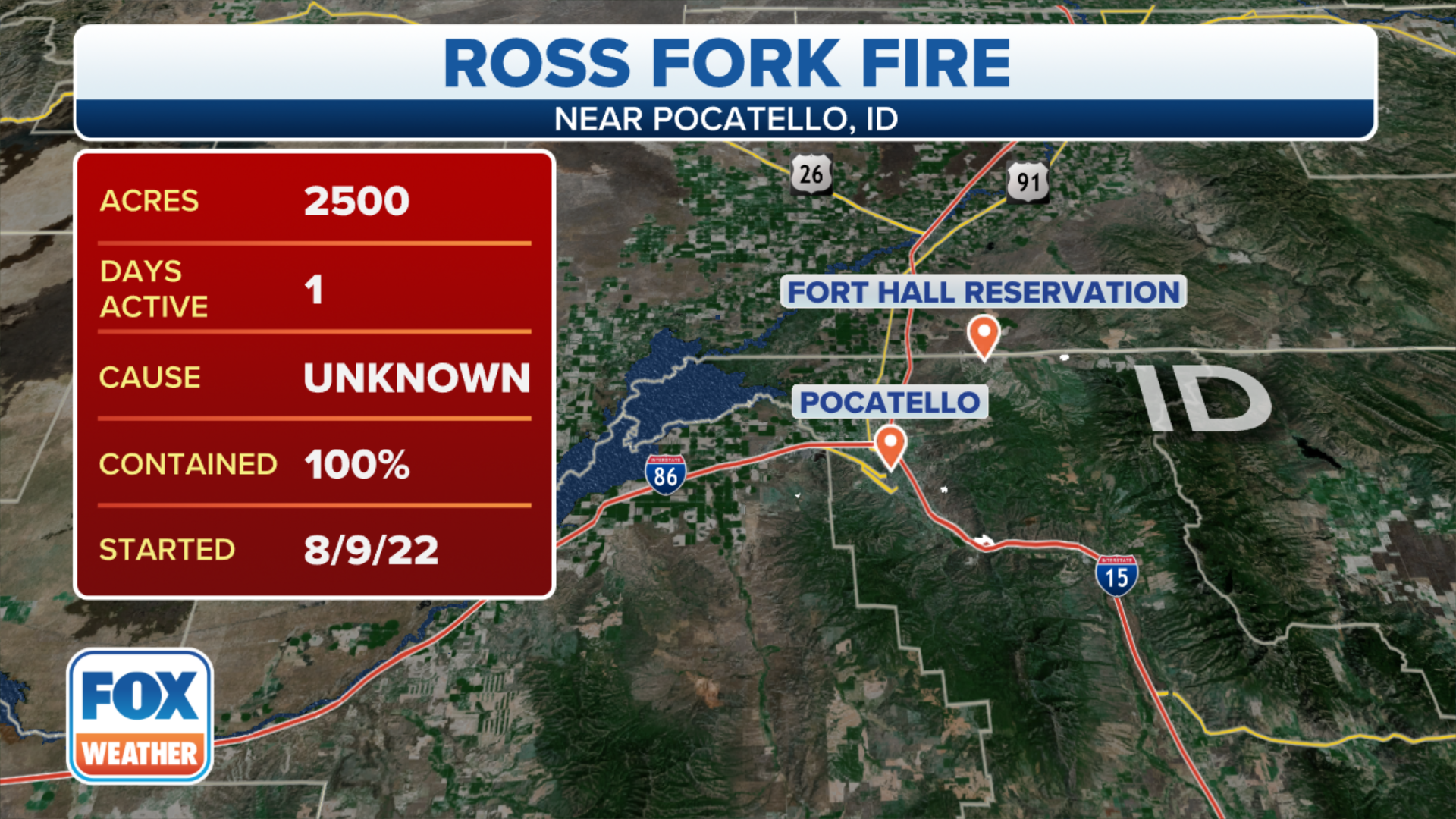 Multiple agencies are responding to the fires, including Fort Hall and North Bannock fire departments.

Monsoon rains are forecast for the wildfire area on Wednesday, which could help firefighting efforts. However, more gusty winds associated with thunderstorms are also a concern for wildfire growth.