Rain and snow to make for an unsettled weekend as it quickly moves across the east.

A new storm system will spread rain and snow across the Plains, Midwest and Northeast through the weekend, resulting in an unsettled start to April for parts of these regions.

Showers and thunderstorms are expected to develop Friday in the Central and Southern Plains, while light to moderate snow blankets portions of the Northern Plains.

A widespread severe weather threat is not expected, but isolated strong to severe storms are possible from western Oklahoma to the Texas Panhandle and northwestern Texas. Damaging wind gusts are the main concern.

There's also the potential for a few dry thunderstorms, which, when combined with breezy conditions on Friday, could elevate fire weather concerns in the southern High Plains. 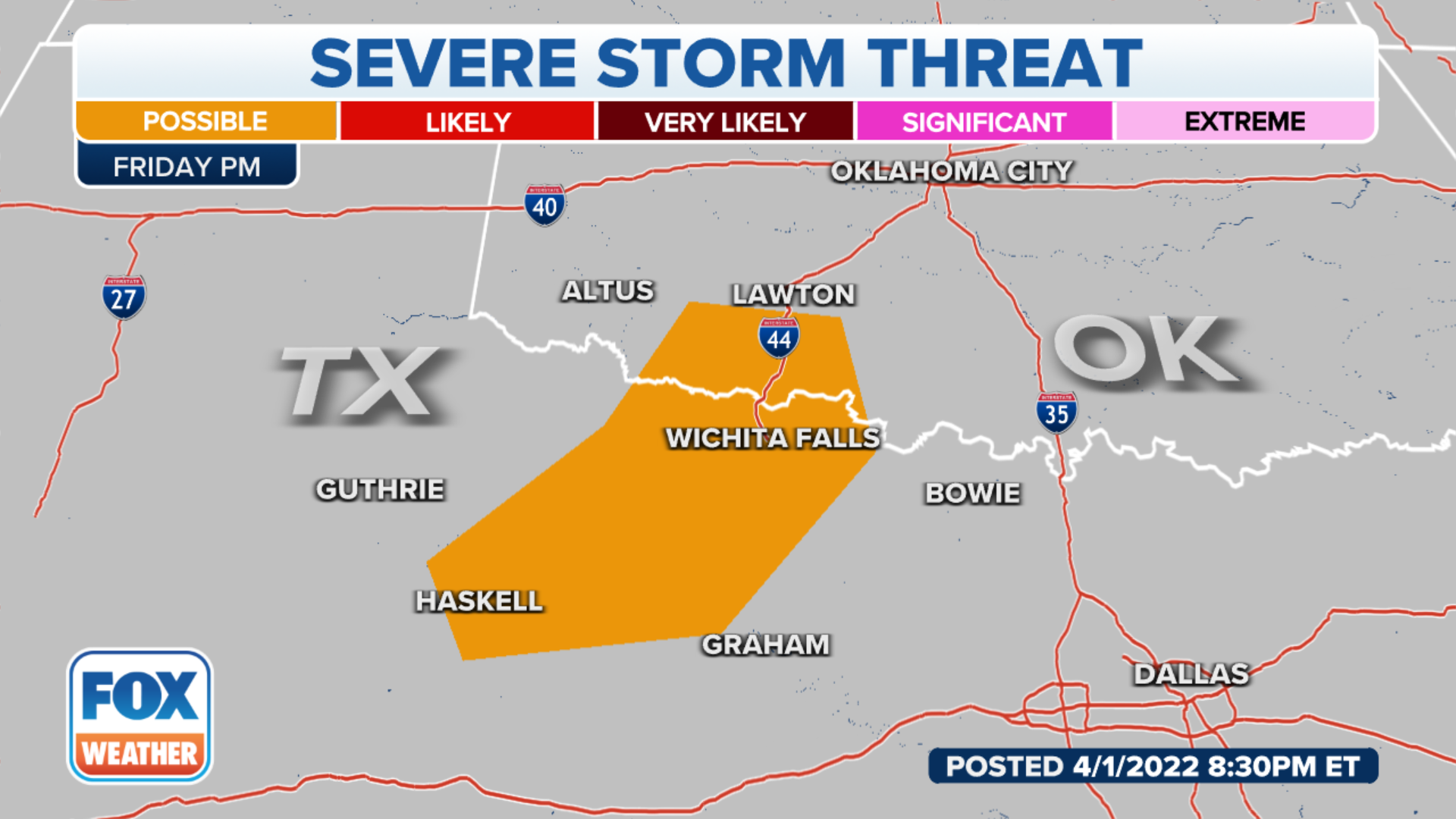 This storm system will then slide across the Midwest, Great Lakes and Ohio Valley on Saturday.

Snow is expected to blanket parts of Minnesota, northern Iowa, Wisconsin, northern Illinois and Michigan, while temperatures remain warm enough for rain south of those areas in the mid-Mississippi and Ohio valleys. 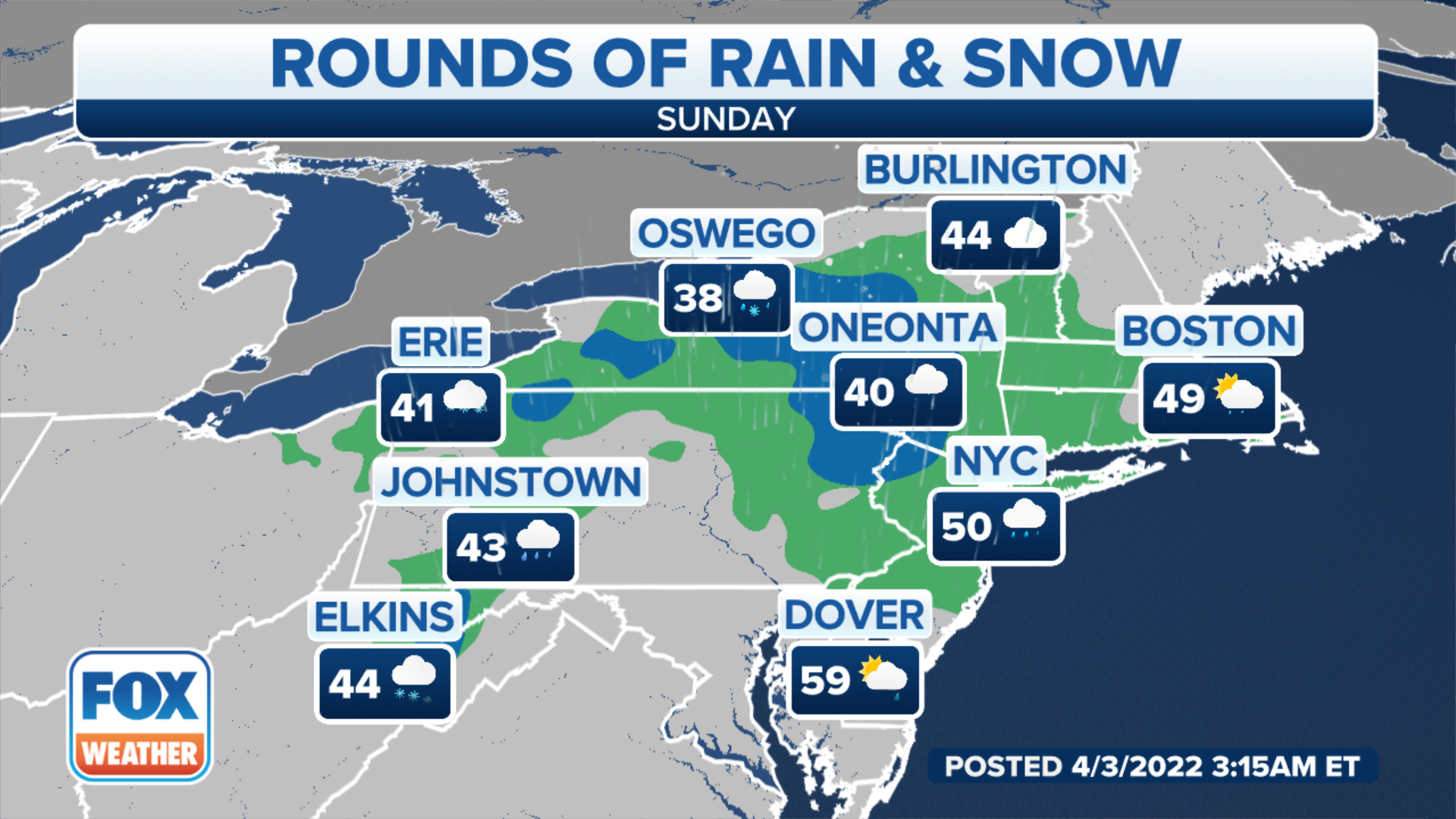 By Sunday, the precipitation will spread into portions of the Northeast.

Much of the region should be warm enough for rain showers, but a mix of rain and snow is possible across parts of upstate New York and northern New England, especially over the higher terrain.

The storm system will exit the Northeast coast on Sunday night. 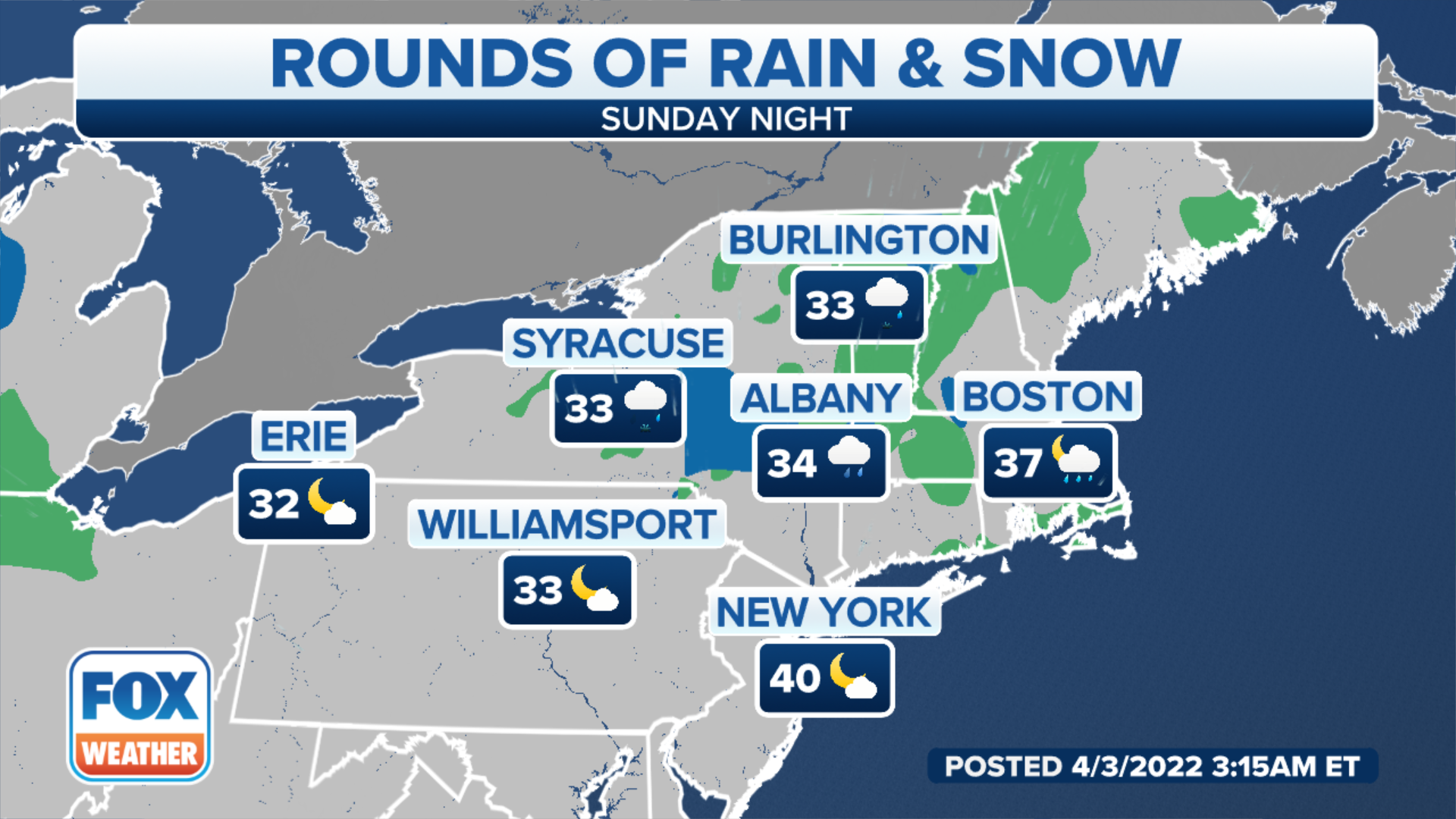 How much rain and snow?

While rainfall amounts should generally remain under a half-inch, accumulating snow could make for slippery roads in parts of the Northern Plains, upper Midwest, Great Lakes and interior Northeast.

Between 3 and 5 inches of snow could pile up in portions of eastern South Dakota, southern Minnesota, northern Iowa and southwestern Wisconsin. Locally higher amounts greater than 5 inches are not ruled out in a few isolated spots.

Anywhere from a slushy coating to a few inches is possible across other parts of the northern tier from the Dakotas to northern New England. 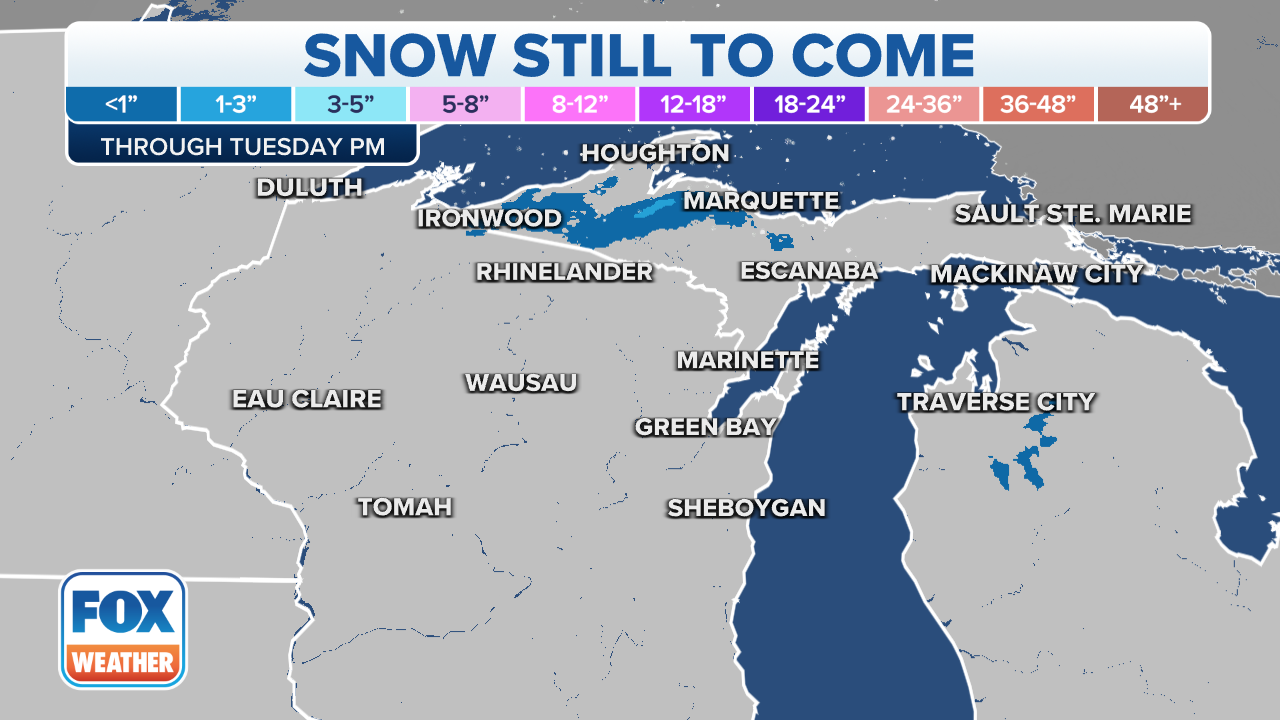