Isolated severe storms could develop in portions of the southern mid-Atlantic on Saturday. The highest threat of flooding will stretch from Washington, D.C. into the Carolinas.

A stalled front led to flash flooding throughout parts of the mid-Atlantic early Saturday.

In areas like Baltimore and Washington, D.C., rushing water was seen on roadways.

Flash flooding was seen in parts of Maryland as the area received several inches of rain overnight.

The National Weather Service said they saw rainfall rates of up to 2 inches per hour. Upwards of 5 inches of rain was reported just in the overnight hours. 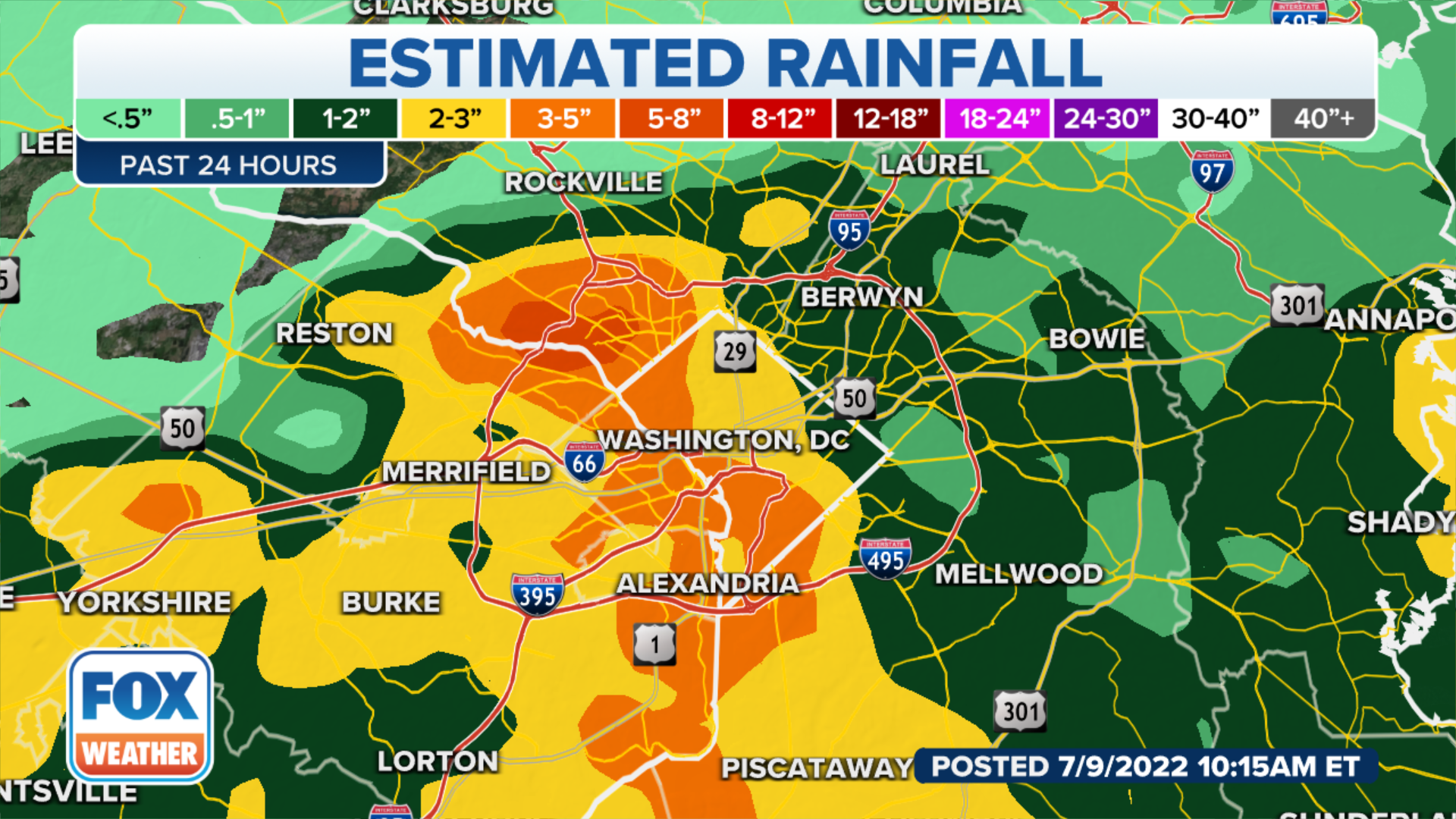 As of early Saturday, Regan National Airport recorded 4 inches of rain overnight, about as much rain as the area sees in the entire month of July. The average precipitation for July is 4.33 inches, and the airport recorded nearly that in just 10 hours.

Other top totals from Friday night through Saturday morning were seen in Maryland and Virginia. 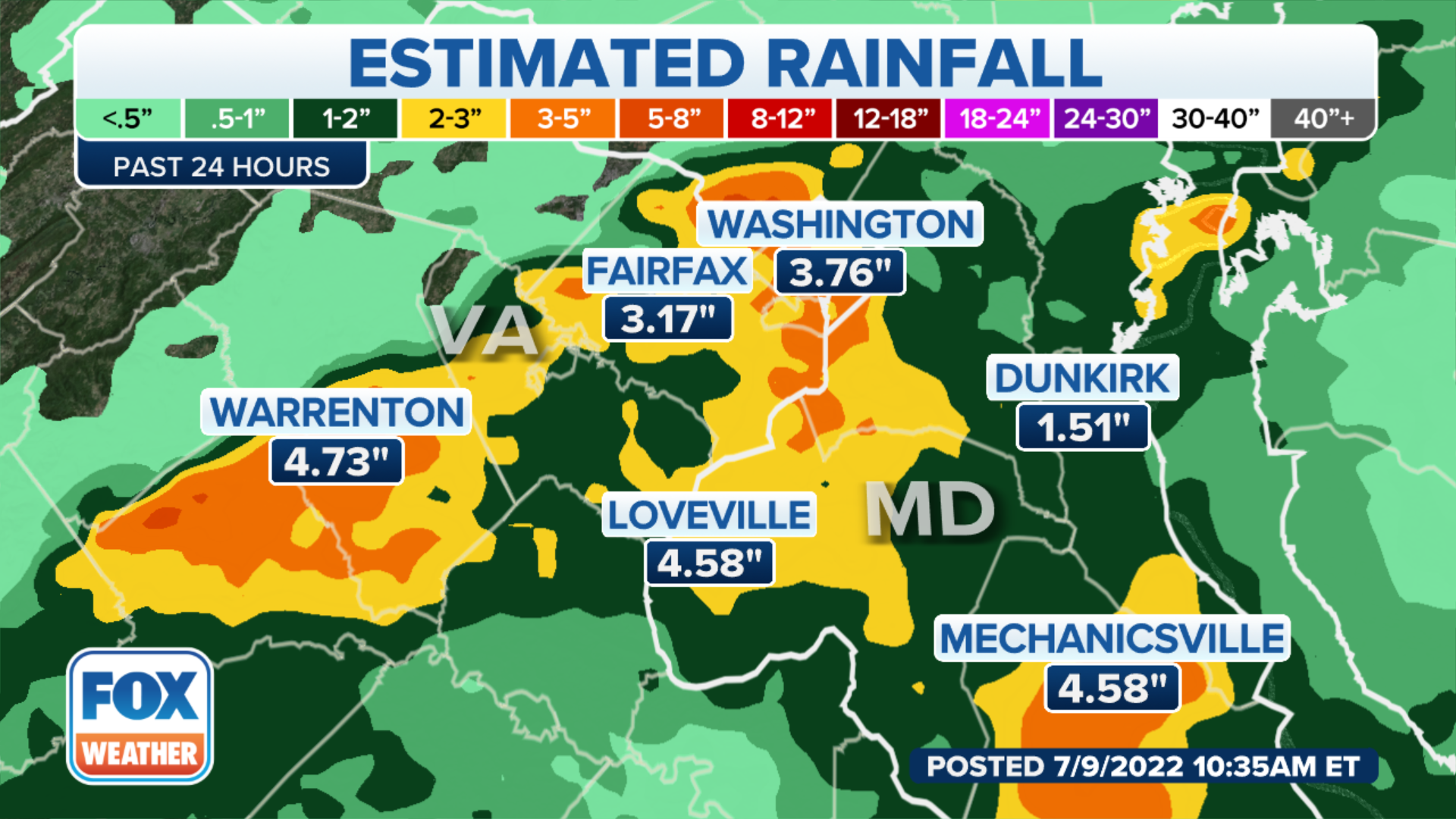 Flood alerts are still in place through Saturday afternoon.

While rain will gradually taper off Saturday, the excessive rainfall threat will shift south for the Carolinas and Georgia. The associated heavy rain will create mainly localized areas of flash flooding.

A slow, southward-moving front, in conjunction with a moisture-laden atmosphere, will bring the potential for prolonged heavy rain. The heaviest rain will gradually move south through the weekend toward the Gulf Coast with the heaviest rain in the eastern Carolinas and southern Georgia.