The heat will peak Saturday through Monday as high temperatures rise into the 90s at lower elevations. Cities in the Snake River Valley in Idaho (including Boise) may touch triple-digits.

Many cities across the U.S. will host events and parades as part of their LGBTQ+ Pride Month festivities that draw in thousands of people.

Here’s a look at the forecast in cities across the nation that host some of the largest events. 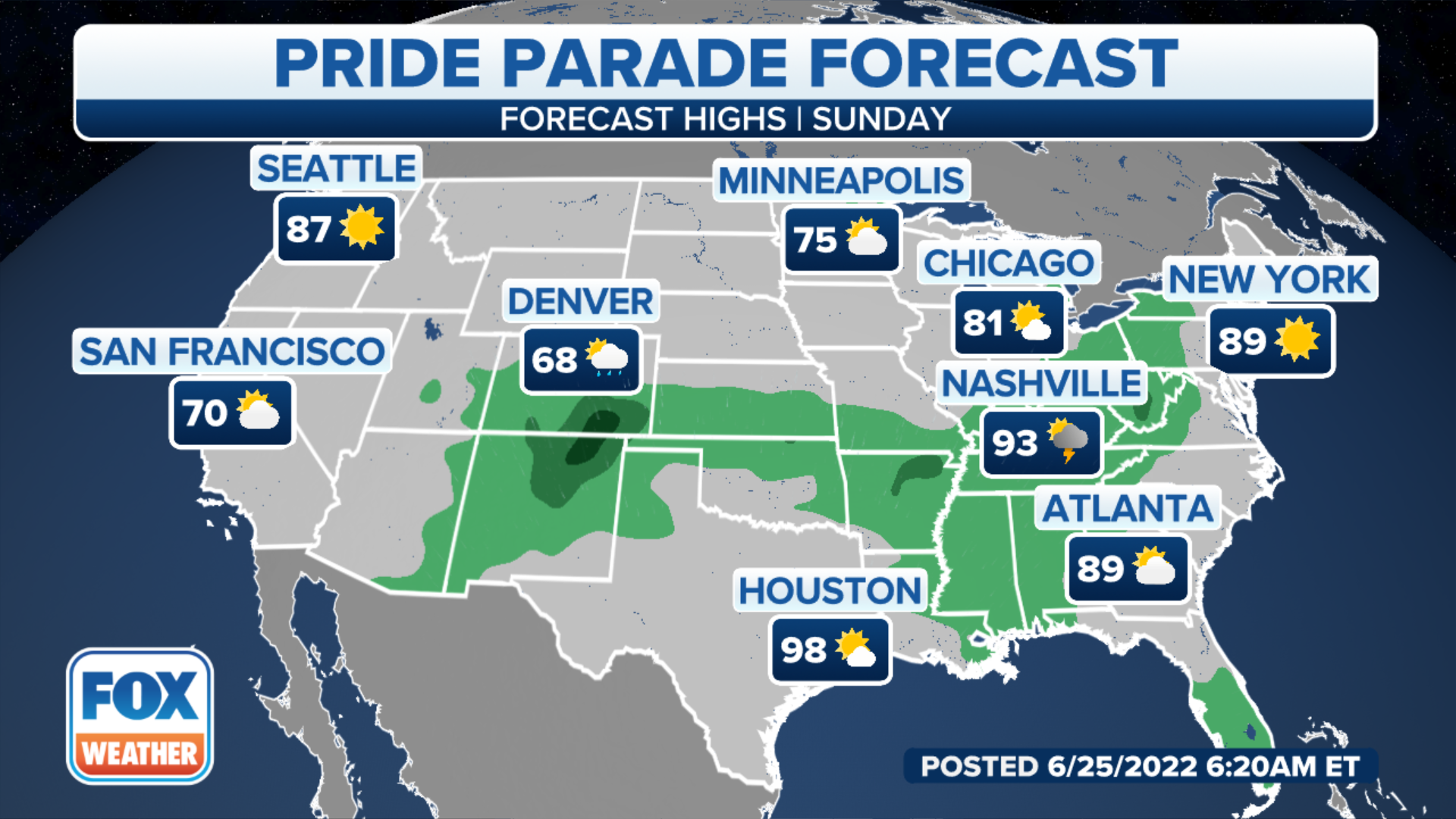 Atlanta actually hosts its Pride parade in October, but there is still lots of events happening across the city during Pride Month.

There’s a chance of thunderstorms on both Saturday and Sunday in the Dogwood City. It’ll be hot, too. High temperatures are expected to climb into the upper 80s and low 90s over the weekend.

Chicago will hold its Pride parade starting at noon.

6 BEST SUNSCREENS FOR YOUR FAMILY TO LATHER ON THIS YEAR

While the weather should be quiet in Space City, summer heat will be in full force. Temperatures on both Saturday and Sunday are expected to climb to near 100 degrees under the blazing hot sun.

The Pride parade for Minneapolis gets started at 11 a.m. local time Sunday.

The forecast for the Twin Cities looks like a mixed bag this weekend. Heavy rain is likely Saturday morning with lingering showers and temps in the low 80s. Sunday looks sunny and mild, with temps in the mid-70s.

Scattered storms are possible all weekend in Music City, and it’ll be hot. Temps in the low to mid-90s are expected.

The weather looks sunny and warm in the Big Apple this weekend. Temperatures are expected to climb into the upper 80s both Saturday and Sunday.

Rainbow flags are seen outside the Stonewall Monument in New York City on June 7, 2022.

Breezy and mild weather is expected in the City by the Bay this weekend. Temperatures should climb into the low to mid-70s on both Saturday and Sunday.

The Pride parade in Seattle happens on Sunday.

It’ll be a sunny and hot weekend for the Emerald City. A Heat Advisory is in effect for both Saturday and Sunday as temperatures in the mid- to upper 80s are expected.