FOX 8 New Orleans reporter Rob Masson is on scene of cars submerged in water due to significant flooding.

NEW ORLEANS – Parts of the New Orleans area were covered by several inches of water Friday after storms dumped more than a half-foot of rain.

Most of the flooding reports were concentrated in the Seabrook and Gentilly areas on the east side of the city, near the south shore of Lake Pontchartrain. That is where radar estimates showed the heaviest rain fell over the lake, but some neighborhoods picked up between 5 and 8 inches of rain. 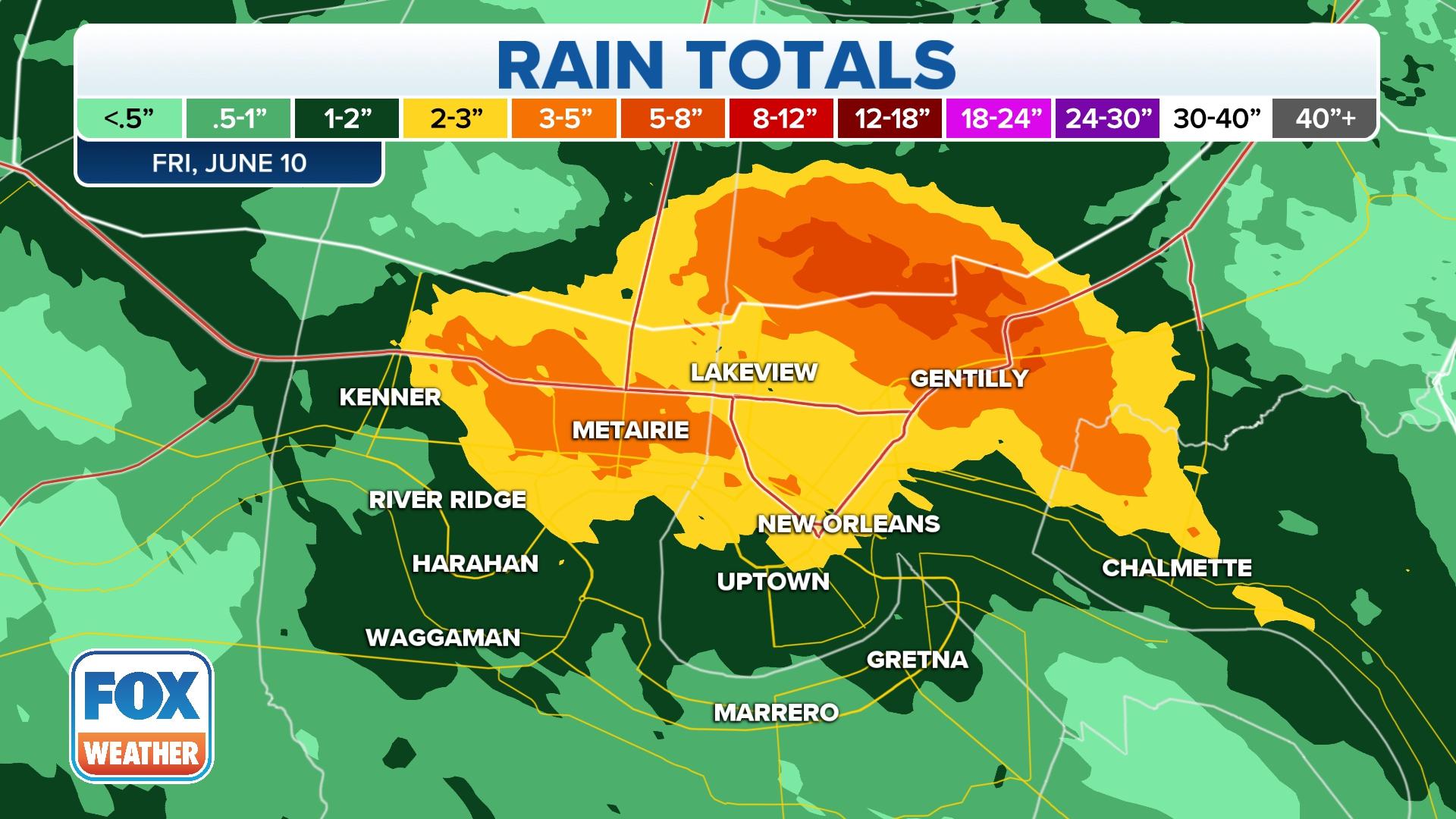 Rob Masson, of FOX 8 New Orleans, spotted a city bus and other vehicles inundated by water that covered the street under the Seabrook Bridge. Masson said four people had to be rescued from the bus. An Uber driver told Masson that he was surprised by the water’s depth when he drove into it.

"We were over on Virgilian a little while ago," Masson told FOX Weather. "There was definitely a flooded car there. We saw a manhole cover that was actually being pushed up by the water pressure."

According to a Facebook post from Jefferson Parish officials, there were several reports of standing water making roads impassable.

Several images and videos of water-covered roads were posted on social media, including these that were shared with FOX Weather.

Watch: Cars trapped along Camelia St. in New Orleans due to flooding

Cars are trapped along Camelia St. in New Orleans due to flooding on Friday.

Cars plow through flood roadways in the New Orleans community of Metairie.

A city bus and other vehicles under the Seabrook Bridge in New Orleans were seen submerged in water.

Flash Flood Warnings were issued for Jefferson and Orleans parishes until Friday afternoon, and Masson said the water appeared to be receding.

Additional storms that could bring more heavy rainfall are possible for the New Orleans area through Friday night. Rain chances begin to decrease by Saturday morning.

Officials urged drivers in the area to avoid water-covered roads, asking them to remember the adage "Turn around. Don’t drown."

Download the FOX Weather app for access to our 3-D radar, future radar and weather alerts for your location 24/7.