The Calf Canyon and Hermits Peak fire has no burned more than 160,000 acres.

More than 1,000 firefighters have been met with high winds and extremely dry conditions, making it difficult to contain and extinguish the blaze.

Wednesday will be no different as fire conditions are critical and Fire Weather Warnings are in effect.

Video shows the Calf Canyon and Hermits Peak Fire burning grass and trees near Las Vegas, New Mexico. Evacuations have occurred in San Miguel and Mora counties as the blaze spreads over 145,000 acres.

Evacuations are also still underway in the region and include the following areas:

READY (Get ready for possible evacuations):

The size of the wildfire would almost cover all of New York City.

So, just how large is the wildfire?

According to FOX Weather Senior Weather Data Specialist Shane Brown, the fire would cover 83% of all five New York City boroughs. And at its current size, it would cover the Bronx, Manhattan, Brooklyn and Queens entirely. 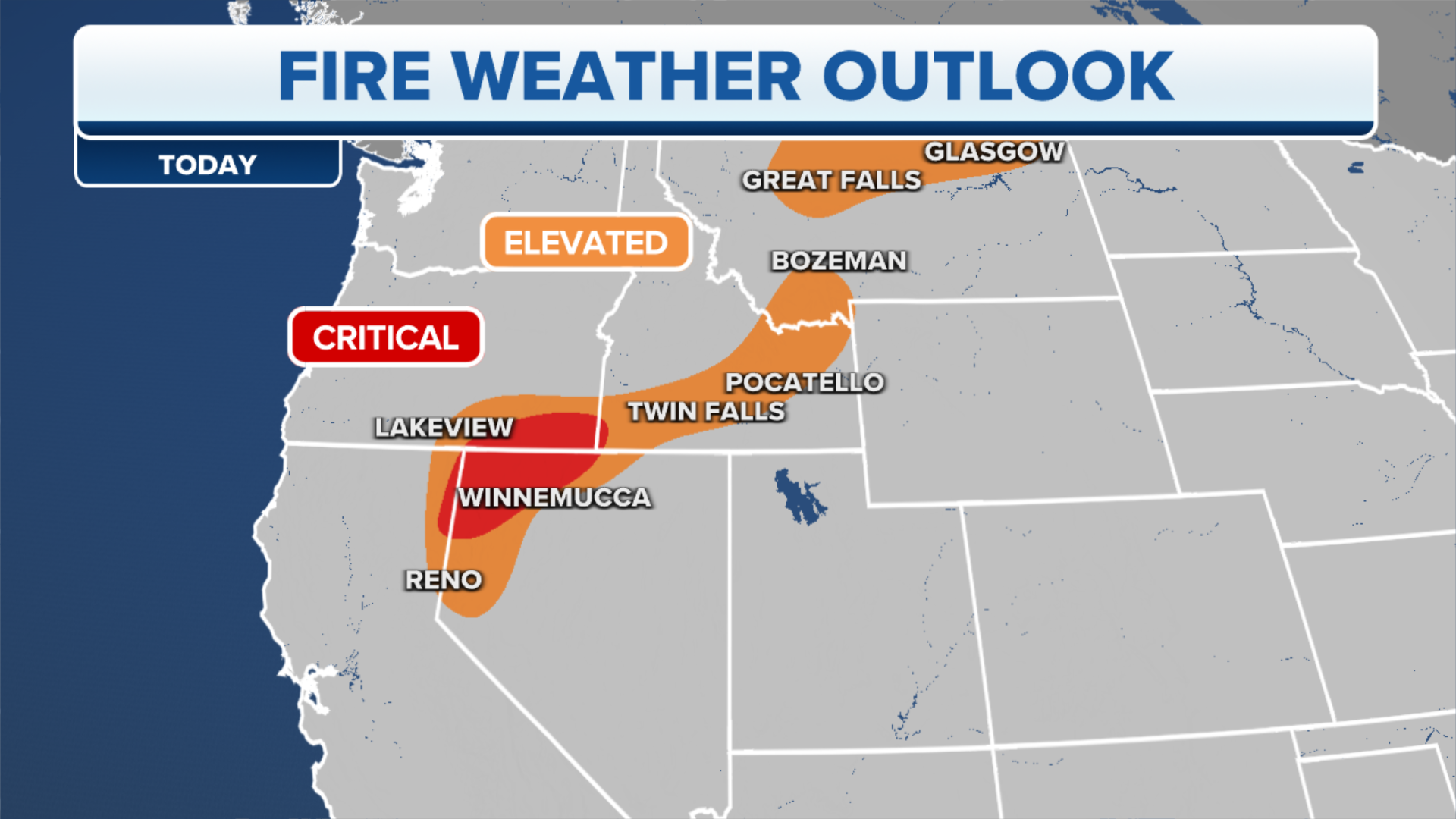 Most of New Mexico, as well as parts of West Texas and the western Oklahoma Panhandle, will see elevated fire weather conditions on Wednesday.

But conditions will be critical in the central part of New Mexico. Cities included in the critical threat are Albuquerque, Tucumcari, Roswell, Carlsbad and Las Cruces.