Hurricane Earl is moving away from Bermuda after brushing the archipelago with gusty winds and heavy rain, but even as it heads out into the open waters of the North Atlantic, life-threatening rip currents will continue to spread along the U.S. East Coast.

As of Friday evening, Hurricane Earl was centered more than 400 miles east-northeast of Bermuda with maximum sustained winds estimated at 90 mph. 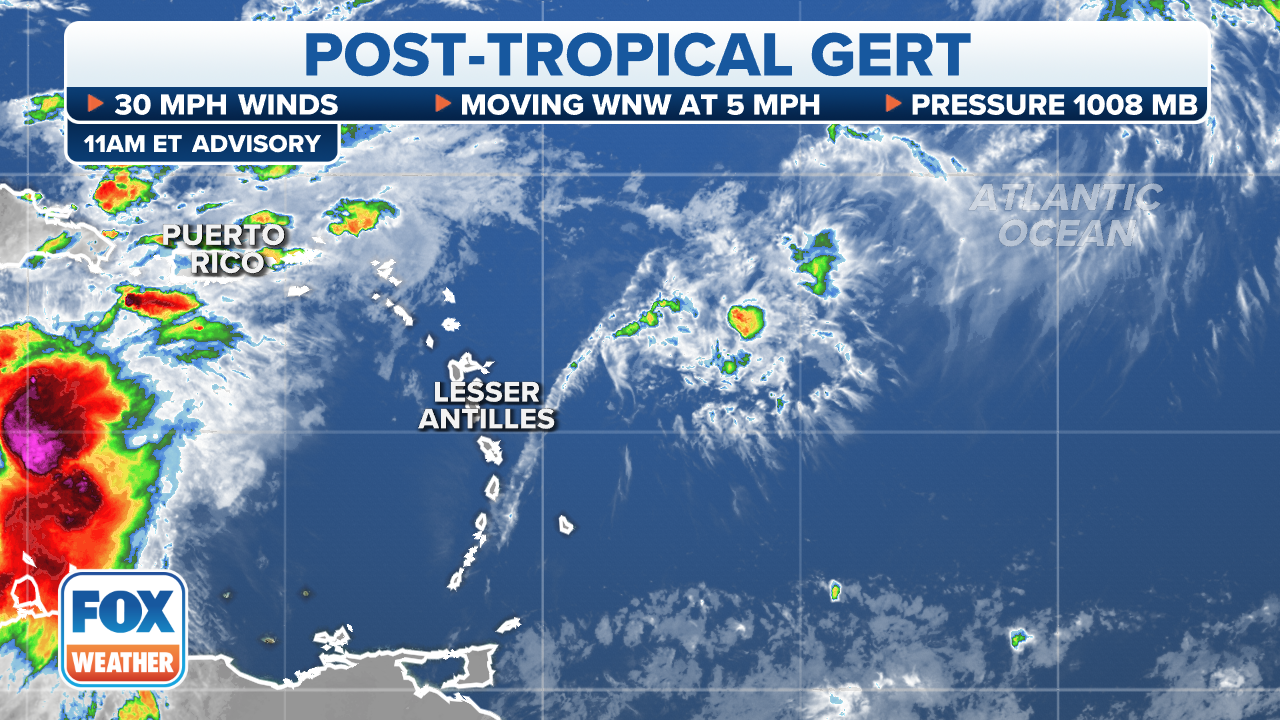 The National Hurricane Center believes the cyclone has peaked in intensity and will likely start weakening over the waters of the North Atlantic.

Despite the weakening, Earl is forecast to transition into a powerful hurricane-force (at least 75 mph) extratropical low-pressure system on Saturday as it heads farther out to sea. 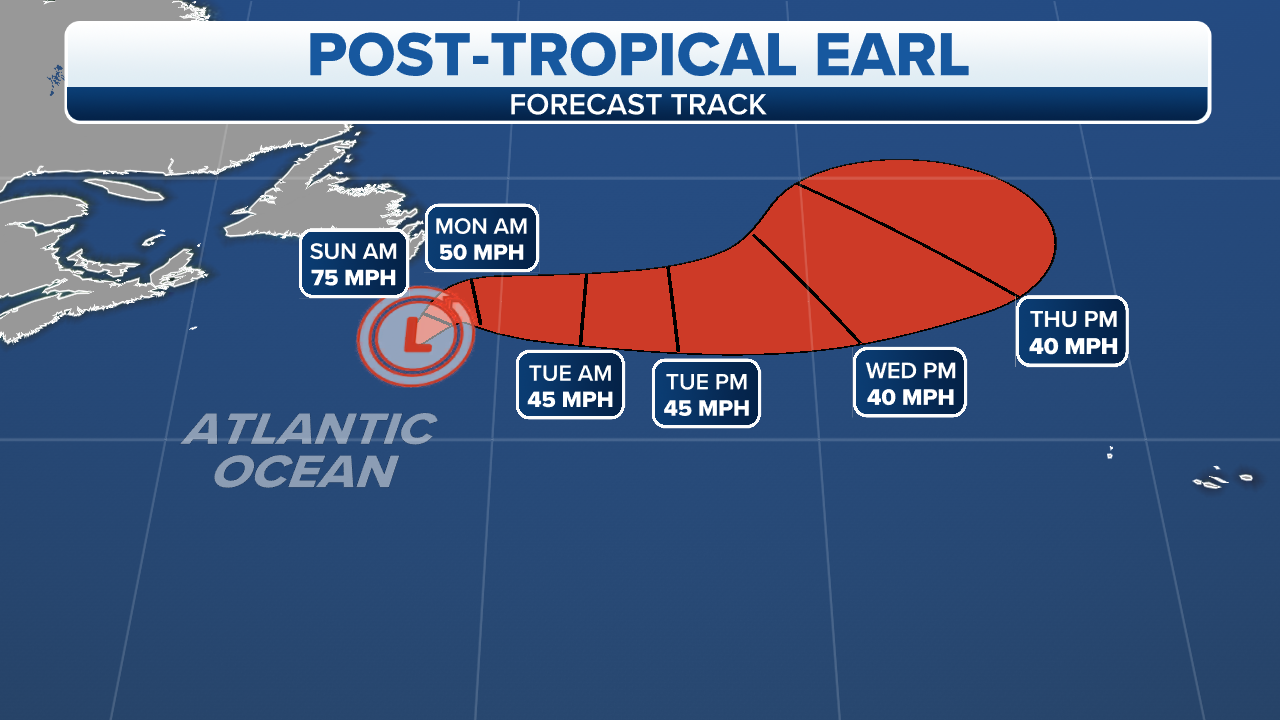 The projected path and intensity of Hurricane Earl.
(FOX Weather)

Despite passing hundreds of miles off the U.S. East Coast, Hurricane Earl is likely to generate life-threatening rip currents along the Eastern Seaboard for the next several days.

Hurricane Earl is bringing strong rip currents to the East Coast with increased swell action and wave height. Brian Mitchell, Battalion Chief with the Myrtle Beach Fire Department, discusses the effects of Earl on the beach.

Anyone visiting East Coast beaches should stay out of the surf, as rip currents can sweep even the best swimmers away from shore and into deeper water.

"The key takeaway message for anybody in the U.S. as regards to what we're expecting with Hurricane Earl: Just be careful on the beaches because we do have that rough surf potential that can lead to rip currents and become quite dangerous," FOX Weather meteorologist Jane Minar said. 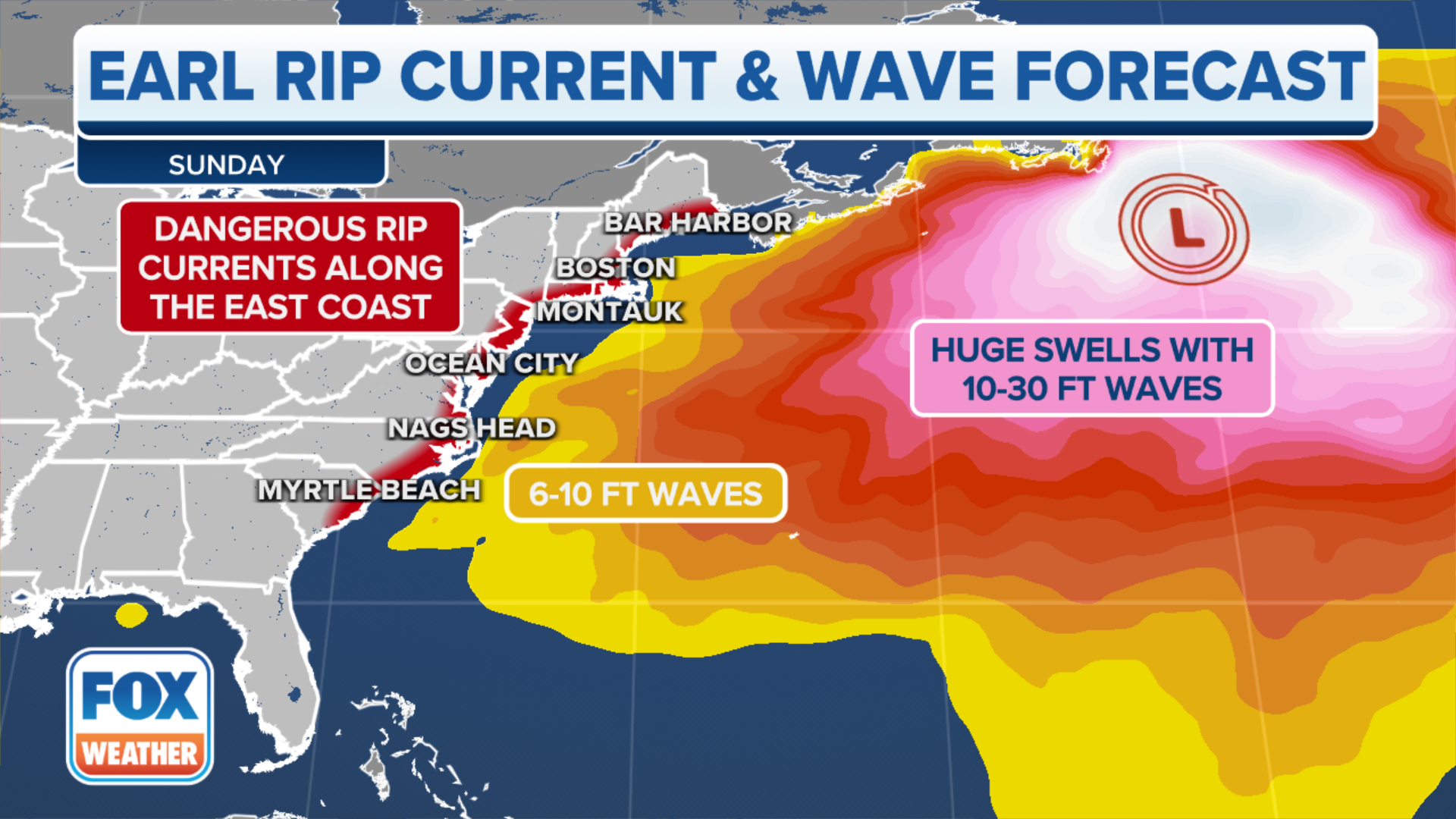 Three other areas to watch for development

In the central tropical Atlantic, an area of low pressure centered about 1,000 miles east of the Caribbean islands is producing limited shower and thunderstorm activity, mostly displaced well to its northeast.

According to the FOX Forecast Center, strong upper-level winds in this region are expected to prevent significant development of the system, so it's becoming unlikely that a short-lived tropical depression or tropical storm will form.

The National Hurricane Center currently gives the system a low chance of development. If it does happen to become a tropical storm with winds of at least 40 mph, it will earn the name "Fiona." Additionally, a tropical disturbance centered several hundred miles south of the Cabo Verde Islands is producing a disorganized area of showers and thunderstorms.

According to the FOX Forecast Center, no significant development of this disturbance is expected through the middle of next week as it moves west or west-northwestward at 15 to 20 mph across the eastern and central tropical Atlantic.

The NHC currently gives the tropical disturbance a low chance of development in the next five days. Meanwhile, another tropical disturbance is forecast to move off the western coast of Africa by early next week.

According to the FOX Forecast Center, some gradual development of the disturbance will be possible after it emerges over the water and generally heads westward over the far eastern tropical Atlantic.

The NHC currently gives the tropical disturbance a low chance of development in the next five days, but those odds could increase beyond the five-day outlook, so be sure to check back for updates. 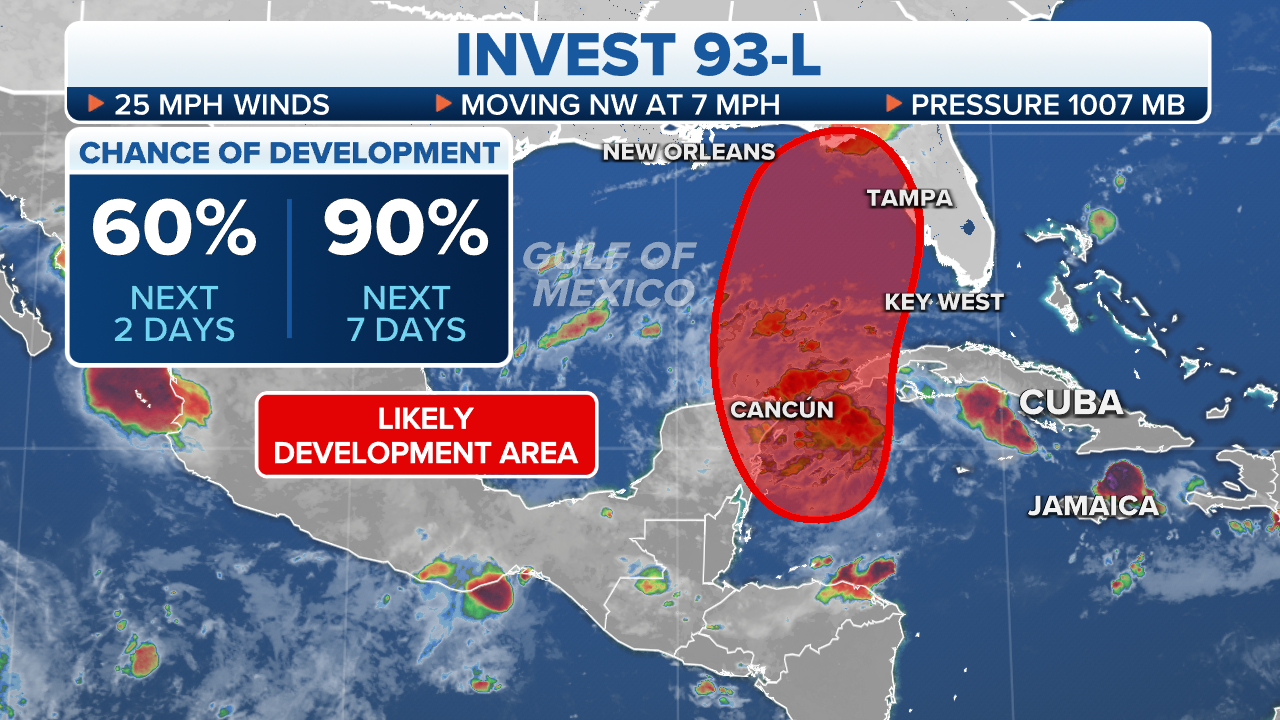