Area to watch for tropical development in eastern Pacific Ocean.

MIAMI -- While the Atlantic Basin has been quiet for weeks from tropical developments, it's been a busy July in the Eastern Pacific, and the region is getting close to seeing it's sixth-named storm of the season.

Forecasters with the National Hurricane Center in Miami are monitoring a tropical wave a few hundred miles off the coast of southern Mexico.

HOW TO BUILD AN EMERGENCY KIT

"Environmental conditions appear conducive for further development," forecasters said, "and this system is likely to become a tropical depression in the next few days."

As of Sunday night, forecasters gave a 50% of development by Tuesday and an 80% chance of development within the next five days. If the storm manages to organize and reach tropical storm strength, it would be named Frank. 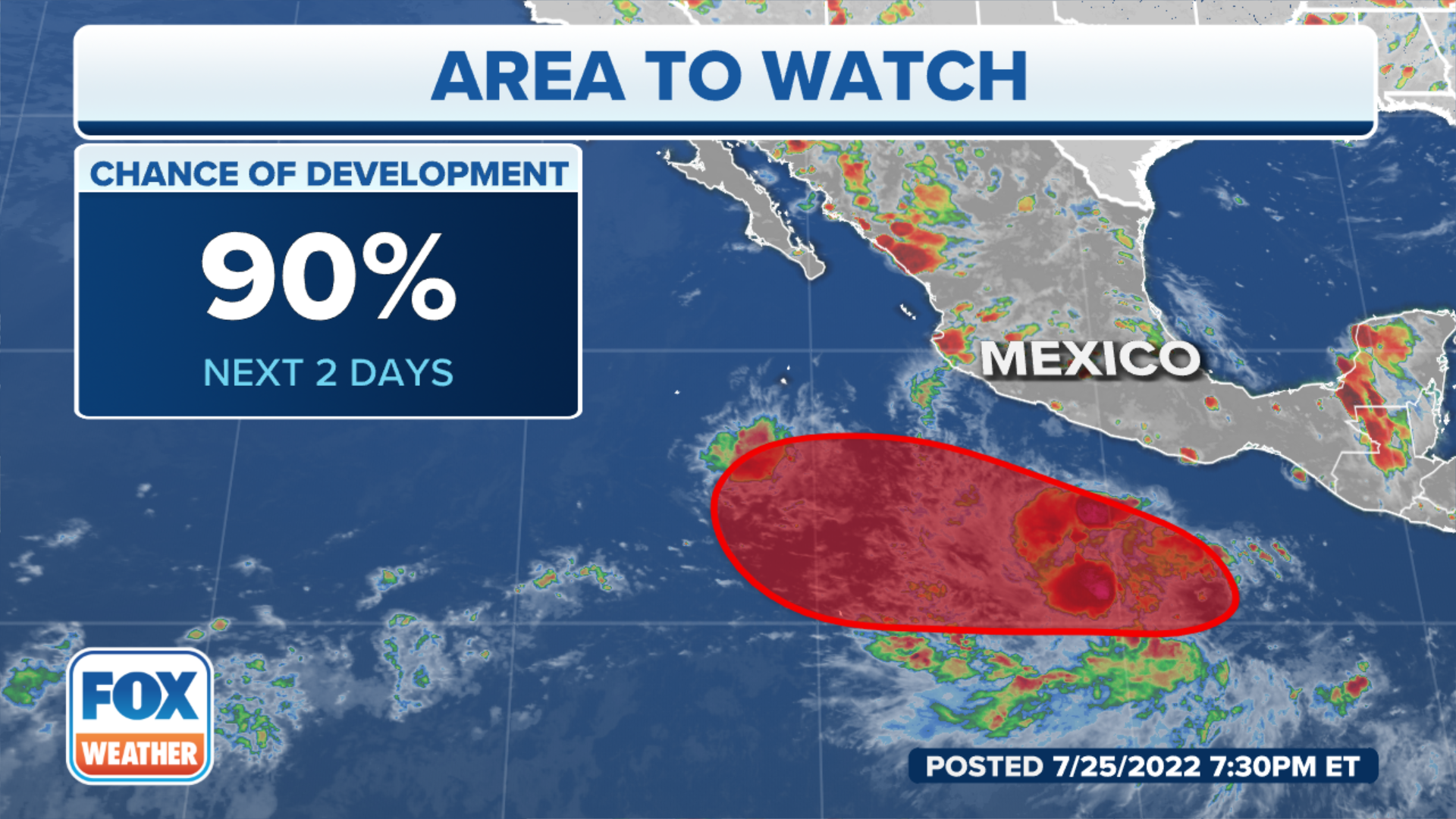 The good news is, the storm is no direct threat to land, moving west at 10-15 mph and expected to stay far offshore.