Freeze warnings issued in Ohio Valley and Northeast for Friday

Freeze warnings have been issued for the Ohio Valley and the Northeast on Thursday evening into Friday morning as temperatures are expected to drop.

Record-low temperatures are again in jeopardy of being broken Thursday morning as cold air lingers across the eastern United States.

It’s been a cold week across the Northern Plains, Midwest, Great Lakes, Northeast and New England, but as a low-pressure system advances eastward, it will pull in warmer air from the south and will allow temperatures to warm up this weekend.

But before that, millions of Americans will have to deal with cold temperatures for a little longer. 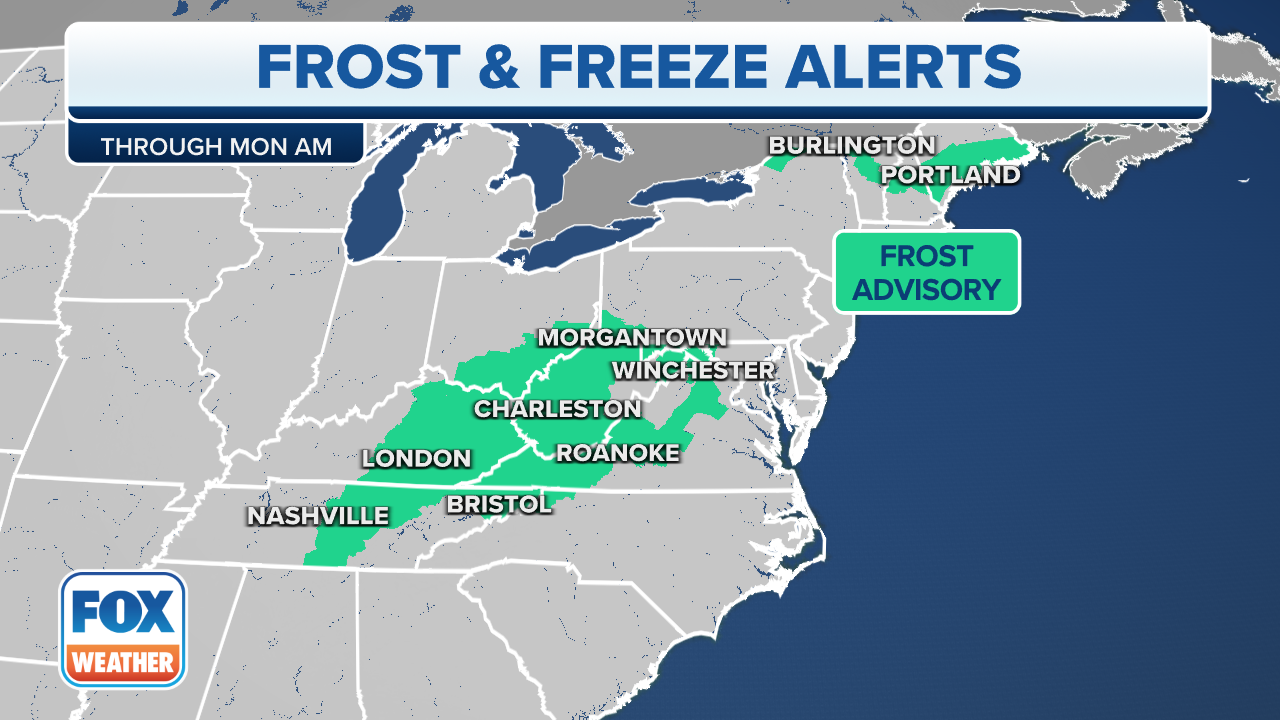 Freeze Warnings have been issued from the Great Lakes and Ohio Valley into parts of the mid-Atlantic. This includes Toledo, Columbus and Cleveland in Ohio, Pittsburgh and Harrisburg in Pennsylvania and Frederick in Maryland.

Freeze Watches are in effect for areas of Virginia and Maryland, and Frost Advisories have been issued for areas near Charleston, West Virginia. 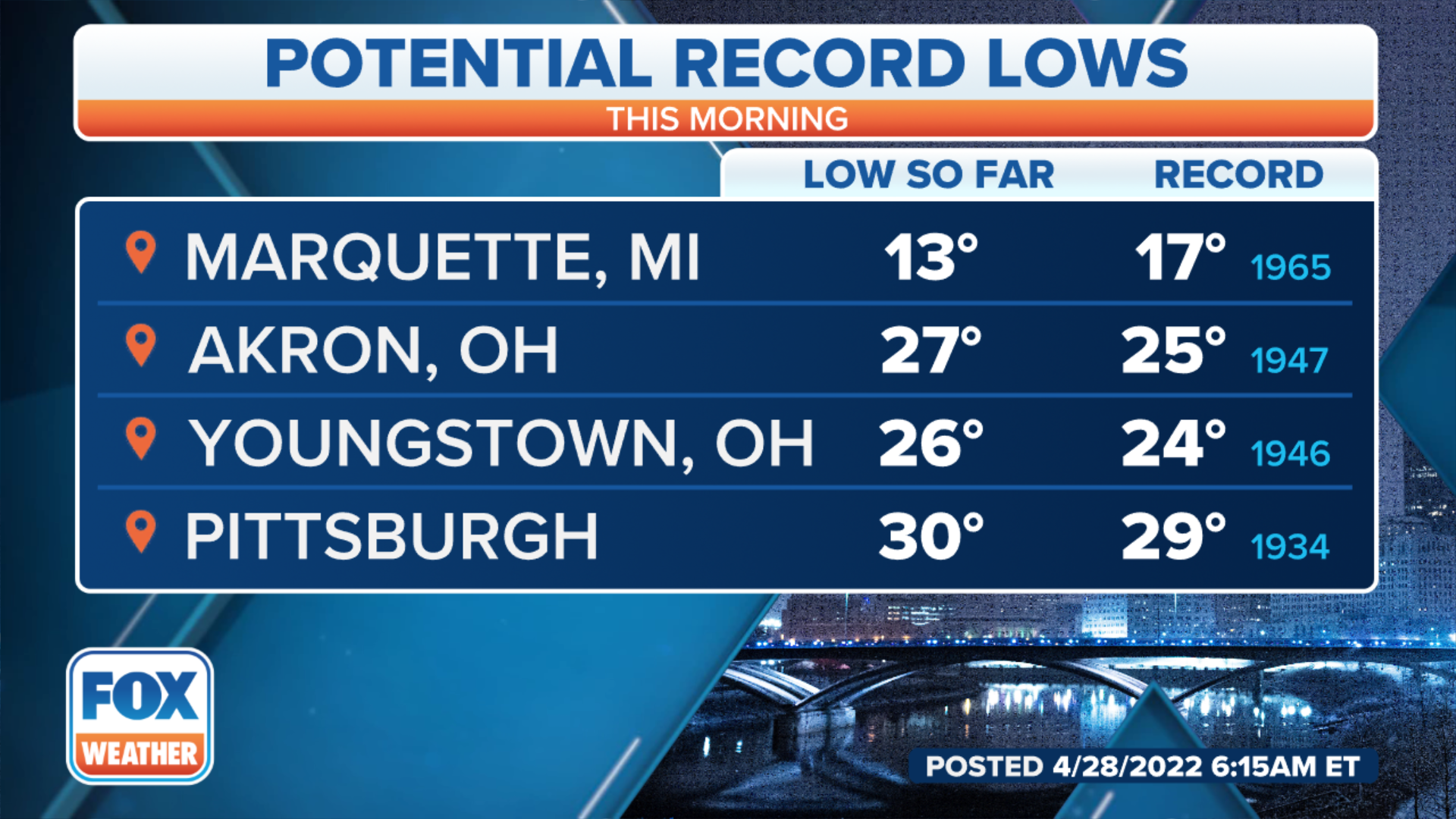 And as the cold air lingers Thursday morning, record-low temperatures have been tied or broken in several areas.

Marquette, Michigan, broke its old record of 17 degrees set in 1965. 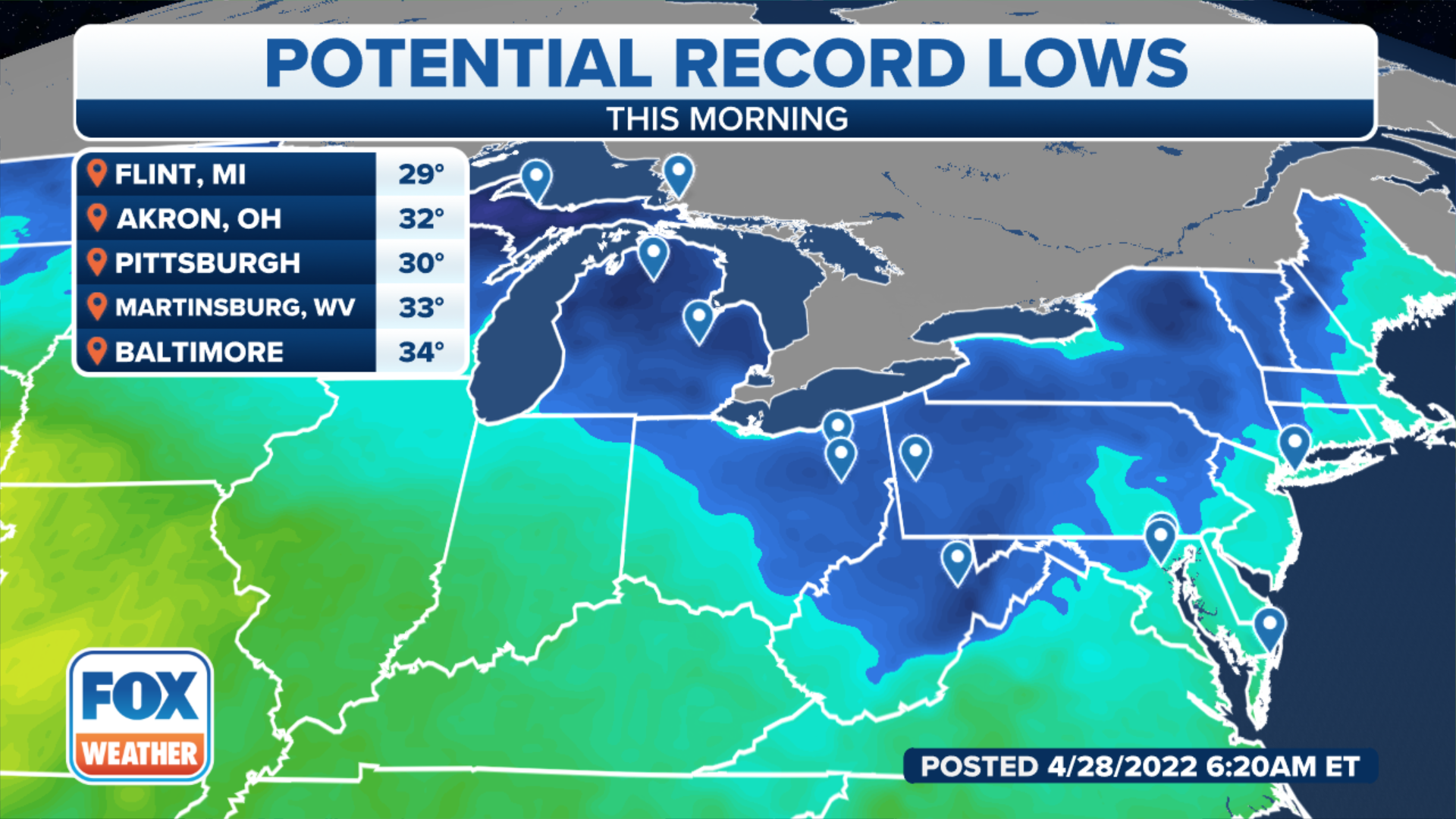 Records could also be broken elsewhere in Michigan and parts of Ohio, Pennsylvania and West Virginia. 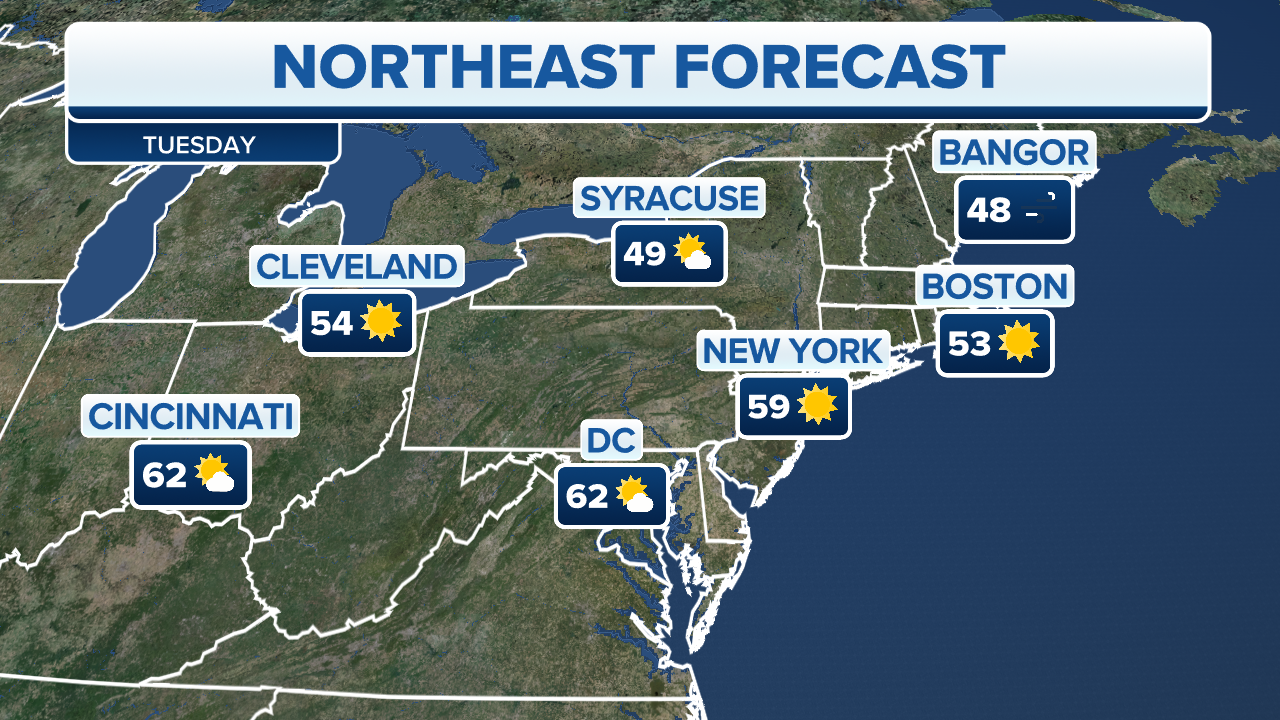 Temperatures will warm up a bit during the day on Thursday but will still be near or slightly below average.

Temperatures will be in the upper 40s from areas of the Great Lakes, interior Northeast and northern New England, while southern New England and the New York City tri-state area will get into the 50s.