Kay remnants bring the threat of flash flooding to parts of the Southwest. Severe storms will be possible in Arizona

Large sections of eastern Nevada and Arizona and a few counties in Southern California are under flood alerts to start the workweek, including Las Vegas, Tucson, Flagstaff and parts of the Phoenix metro areas. 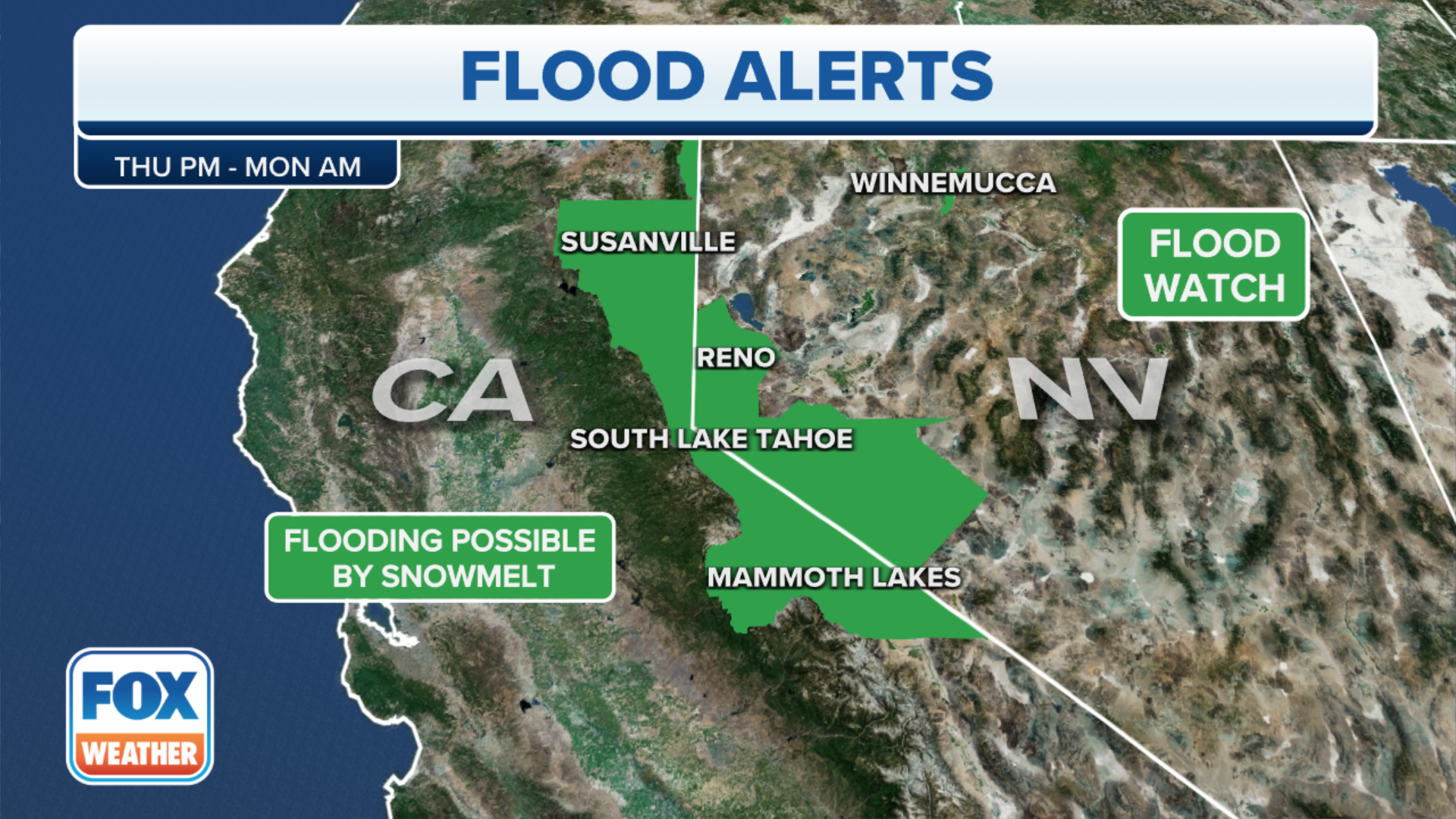 A mudslide in Lake Hughes, California led to dozens of cars being stranded on Sunday.

An upper-level low-pressure center that used to be Tropical Storm Kay is swirling off the Southern California coast, spinning abundant tropical moisture into the Desert Southwest. Showers and thunderstorms will be developing Monday afternoon and evening, with heavy rains up to 1 to 2 inches in short bursts that could trigger areas of flash flooding.

"Kay is no longer, but the moisture from Kay is still sitting in the atmosphere, and that (moisture) is going to be funneled up back into the Southwest once again Monday as we have that southwesterly flow," said FOX Weather Meteorologist Jane Minar. "And it's going to work to reinvigorate the monsoon just a bit, so we do have the potential for flooding rains over the next 24 to 36 hours."

Cars submerged in floodwater on I-40 in Arizona

The Kay leftovers will become swept up in a jet stream dip that will move through the Pacific Northwest on Tuesday and move northeast across the Southwest, sweeping tropical moisture farther north into eastern Nevada and southern Utah on Tuesday, expanding the threat for isolated areas of flash flooding. 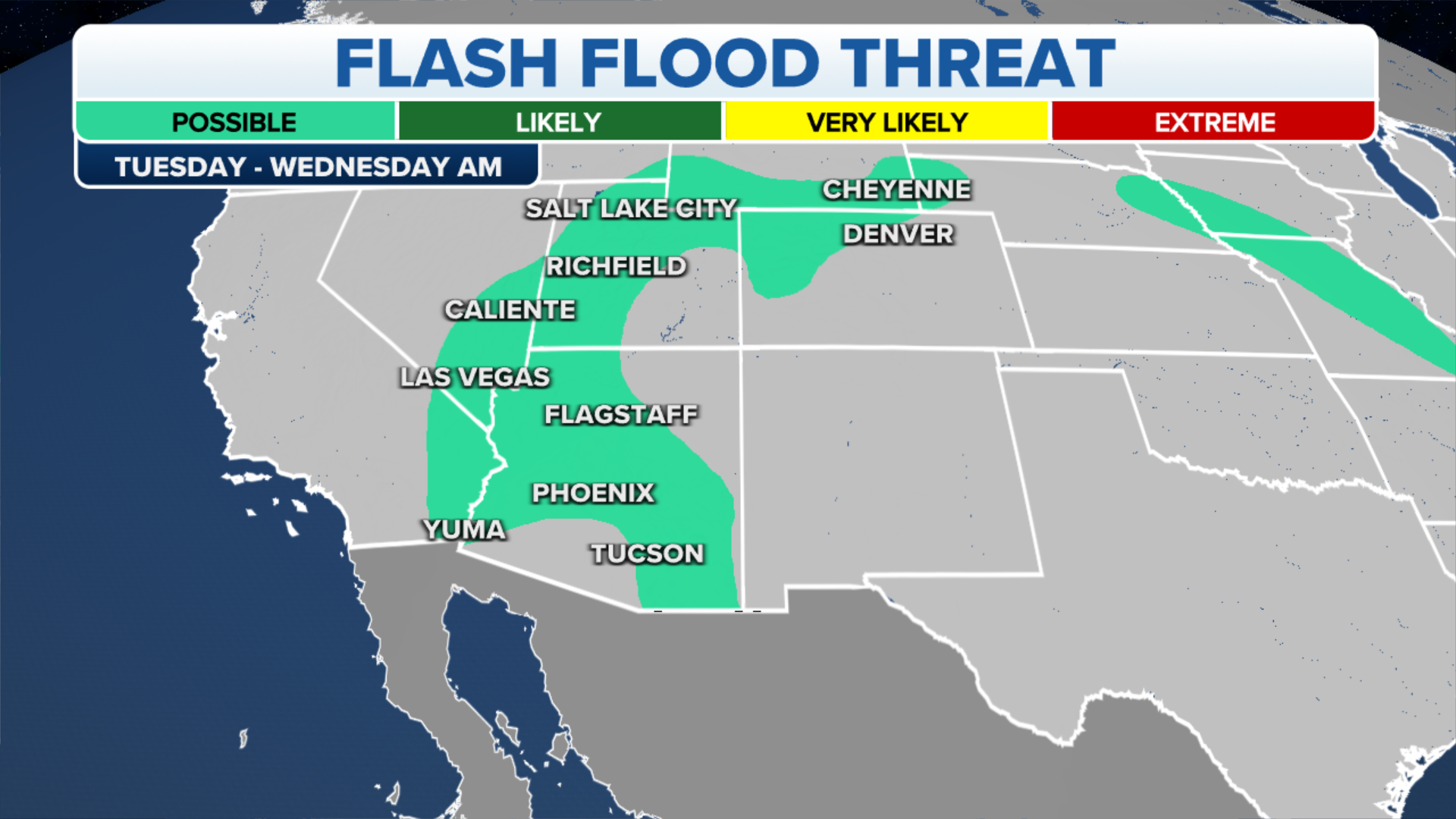 The system will fizzle out as it moves out of the area later Tuesday, but lingering moisture will leave a chance of scattered thunderstorms in the Southwest on Wednesday and Thursday for northern Arizona, New Mexico, eastern Nevada and Utah.

LA NIÑA WINTER 2022-23 COULD MEAN TORNADO OUTBREAKS, BLIZZARDS AND EVERYTHING IN BETWEEN

Drier weather is forecast to return to the Desert Southwest for Friday and into the weekend.