According to the National Hurricane Center (NHC), a tropical wave has developed near the west coast of Africa.

According to the National Hurricane Center, the tropical wave developed early Sunday near the west coast of Africa. 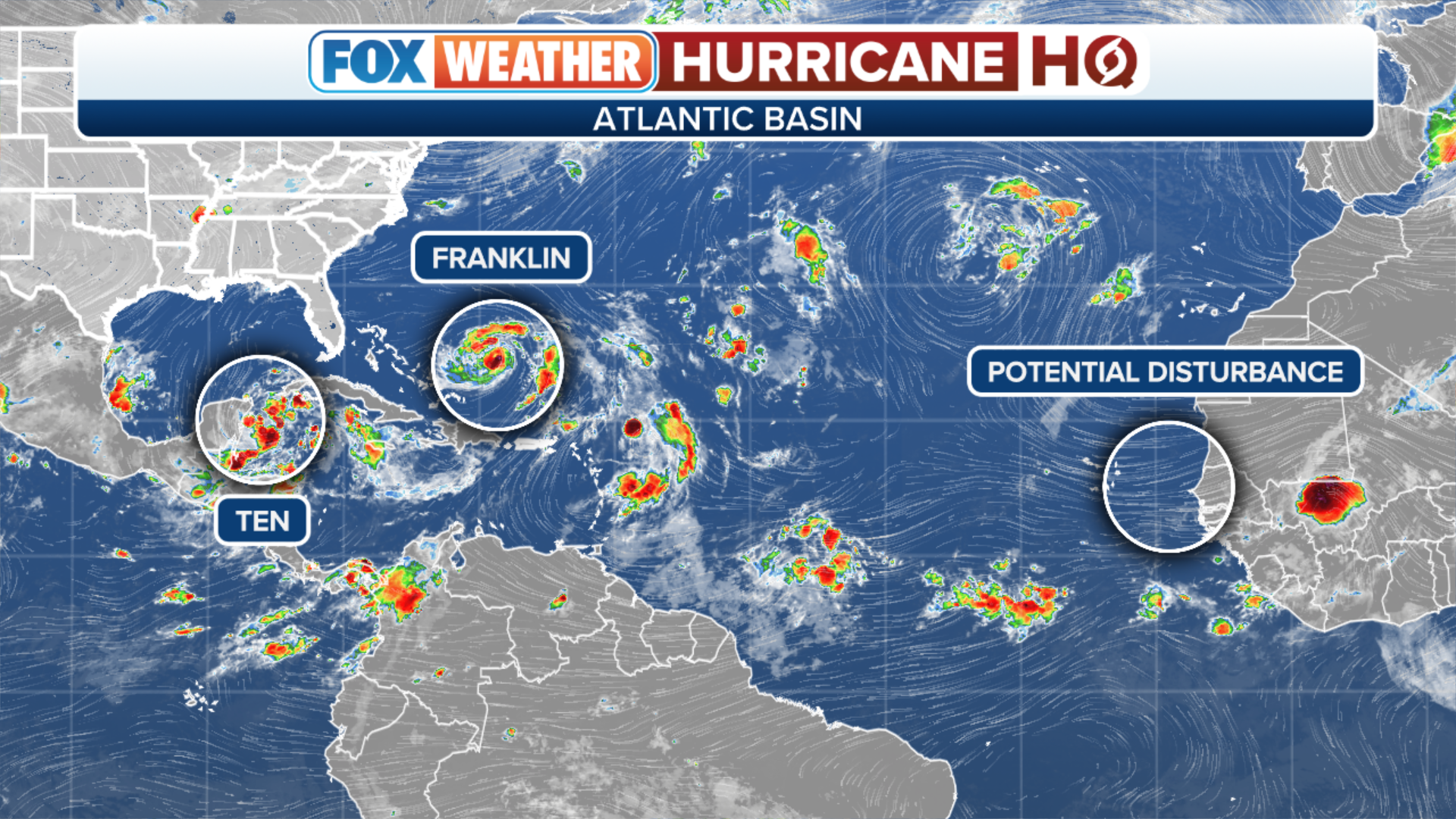 The tropical wave is circled on this infrared satellite image of the Atlantic Ocean.
(FOX Weather)

A tropical wave is a piece of energy and spin in the atmosphere that forms because of a temperature contrast over northern Africa, where hot, dry air from the Sahara Desert clashes with cooler, more humid air over the forested areas to the south and near the Gulf of Guinea.

These tropical waves increase in frequency during the summer as the Sahara Desert heats up. According to the NHC, July is when their frequency is typically the highest, with about 10 to 12 tropical waves emerging off the coast of western Africa throughout the month.

WHERE TROPICAL STORMS, HURRICANES TYPICALLY OCCUR DURING EACH MONTH OF ATLANTIC HURRICANE SEASON

About 60% of Atlantic tropical depressions, tropical storms and hurricanes originate from tropical waves, including 85% of major hurricanes (Category 3 or higher on the Saffir-Simpson Hurricane Wind Scale), the NHC noted. There are about 60 tropical waves that form in the Atlantic Basin each year.

However, forecasters at the NHC currently do not expect any further development of this first tropical wave of the season. 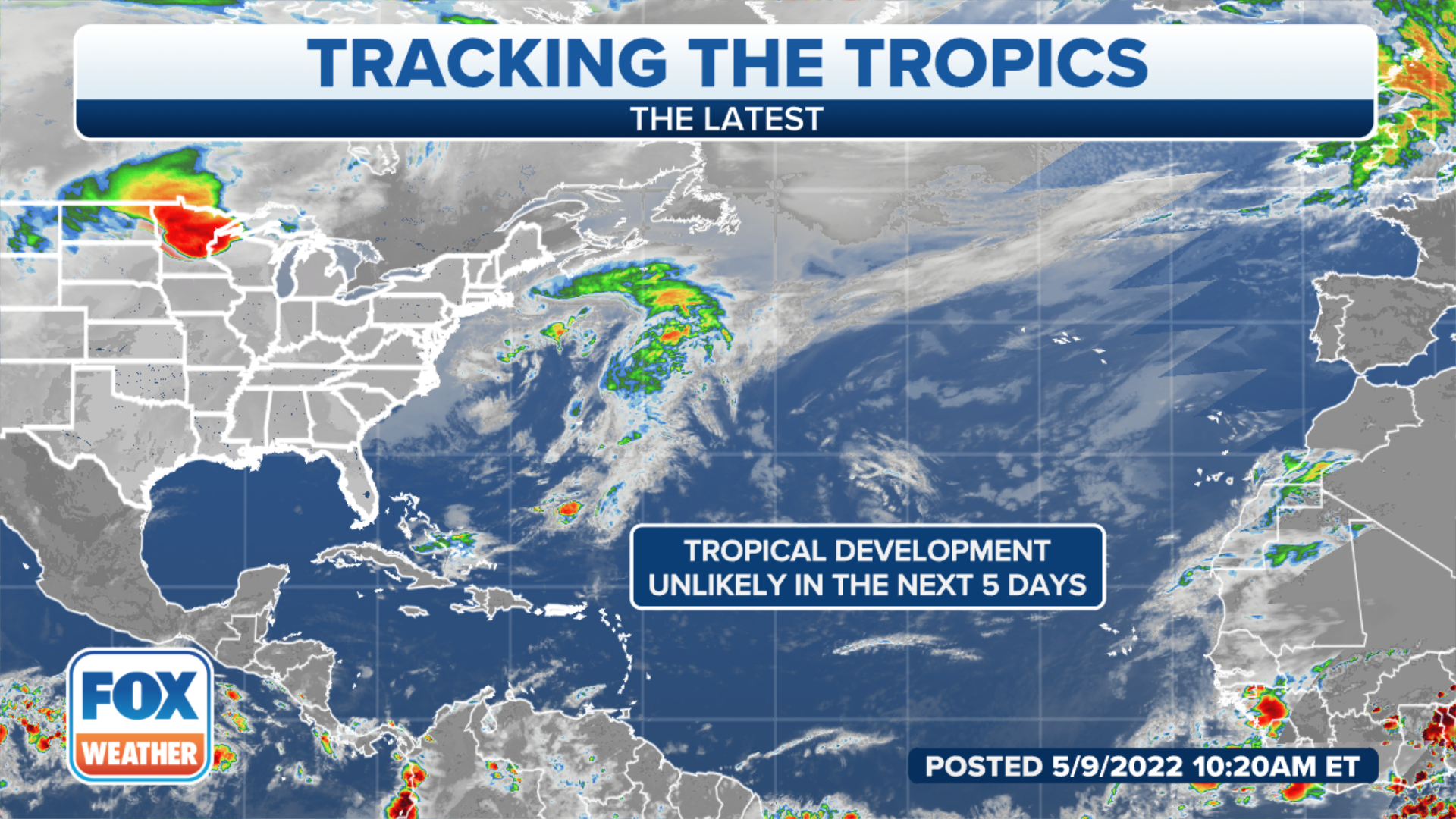 The National Hurricane Center is not forecasting any tropical development over the next five days.
(FOX Weather)

"The latest satellite imagery shows an area of numerous moderate to isolated strong convection east of the wave," the NHC wrote in its tropical weather discussion Monday morning. "Tropical wave guidance has it moving westward over the next 24-48 hours, passing well to the south of the Cabo Verde Islands."

The experts at Colorado State University released their initial outlook for the 2022 Atlantic hurricane season last month, and they expect another very active year in the tropics.

"Alex" will be the name given to the first named storm of the season.