Video shows snow falling in Morgantown, West Virginia on Friday. The winter weather reduced visibility to as low as half a mile. (Video: @rocketpoe via Storyful)

Mother Nature has a cruel joke to play on the Northeast this April Fools' Day, as dangerous snow squalls are expected to sweep across the region just one day after severe thunderstorms hammered the East Coast. 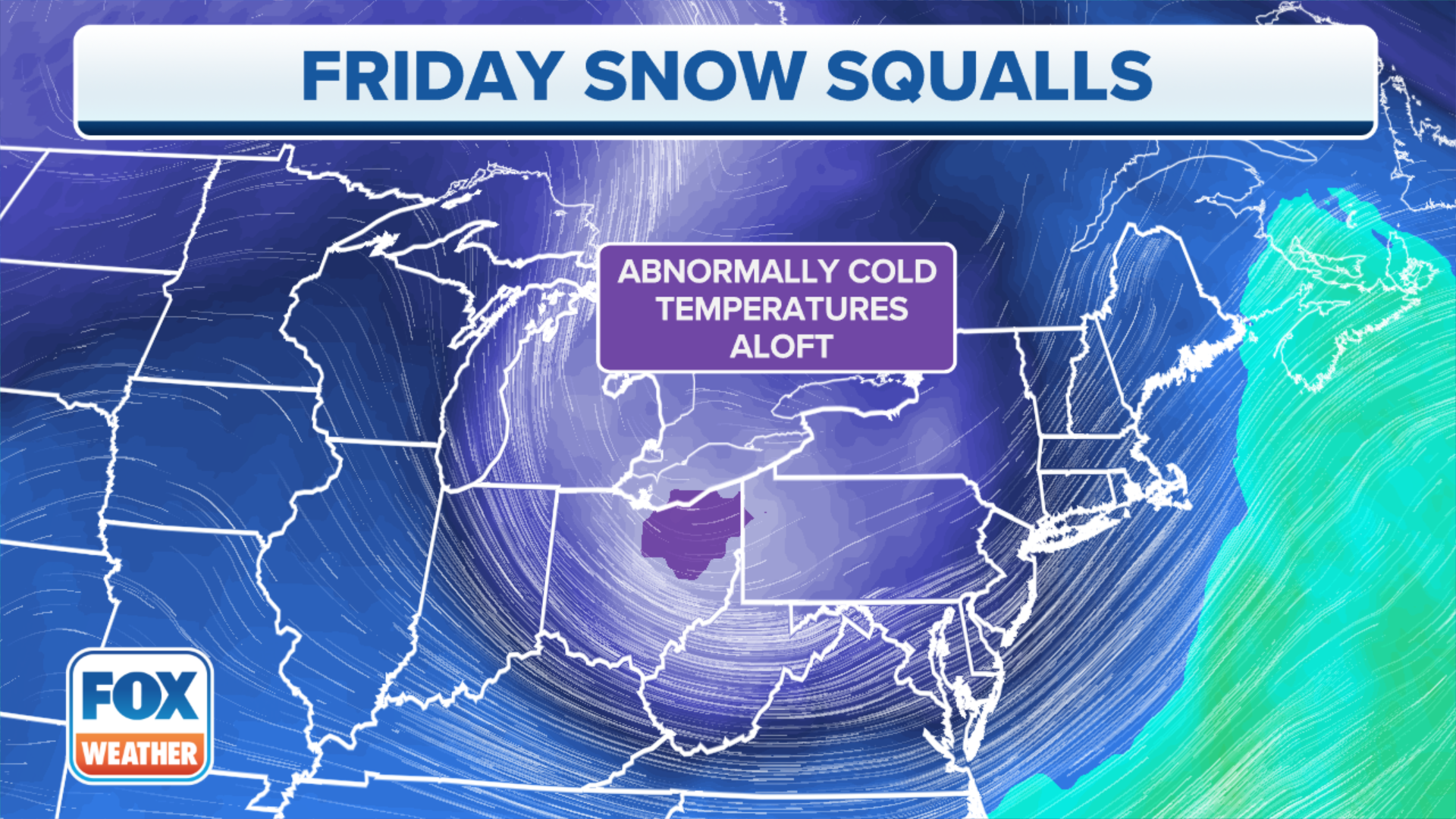 An upper-level disturbance will slide into the Northeast on Friday, triggering the development of snow squalls across the region.
(FOX Weather)

As the cold air charges eastward, the atmosphere will become unstable and lead to the development of snow squalls throughout the day.

A snow squall is a short-lived, but intense burst of heavy snow and gusty winds that arrives quickly, often resulting in near-whiteout conditions with roads rapidly becoming snow-covered.

Snow squalls are notorious for causing multi-vehicle pileups, such as the one involving 50 to 60 cars and trucks in Schuylkill County, Pennsylvania, at the beginning of this week. According to Pennsylvania State Police, six people were killed in the crash. 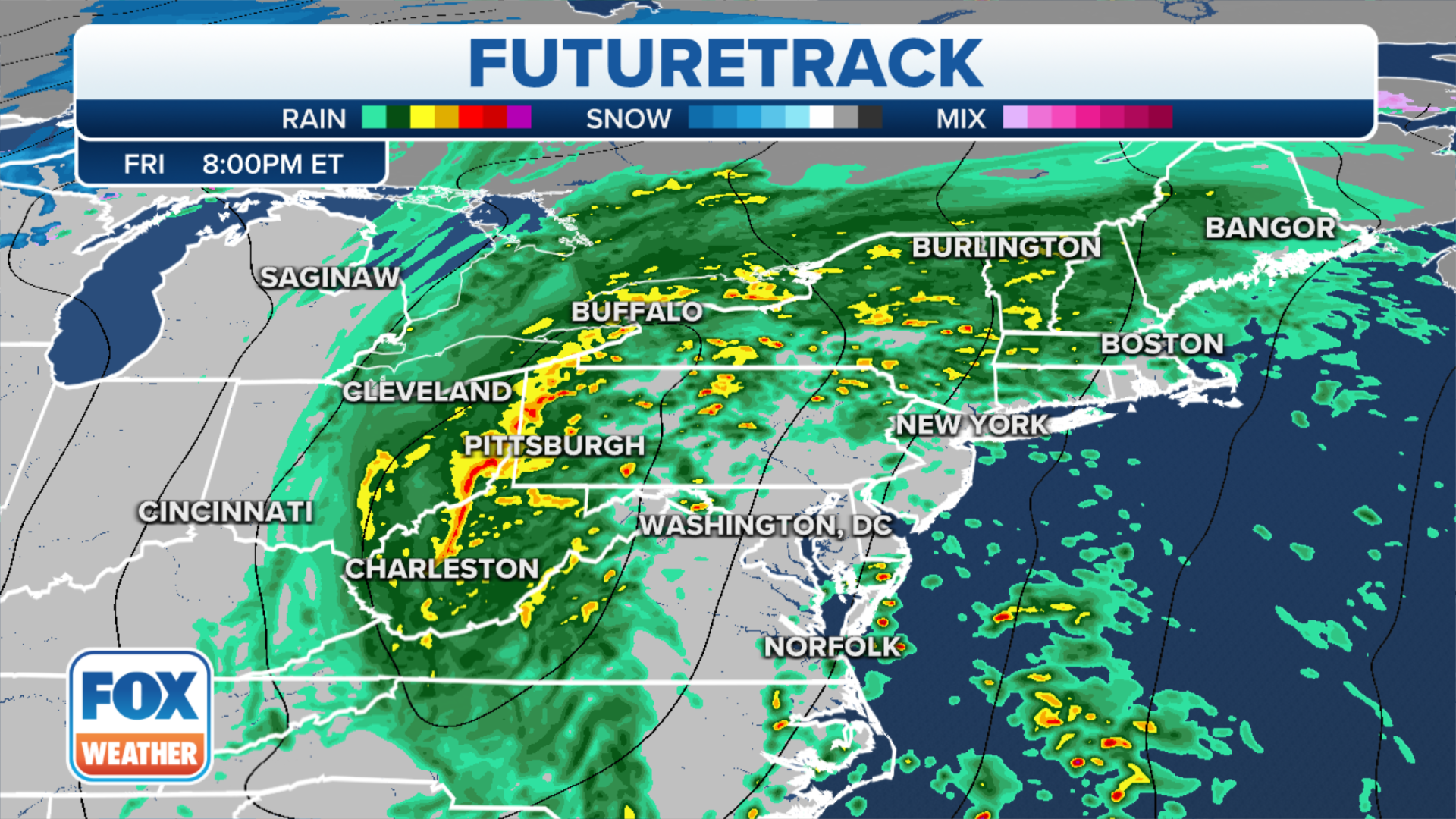 Dangerous driving conditions from heavy snow and gusty winds are expected in any of these snow squalls that sweep across the Northeast on Friday.

There is no safe place on a highway during a snow squall, the National Weather Service says. That's because even if you pull off onto the shoulder, vehicles can still hit you if other drivers lose control and slide off the road.

WHAT ARE SNOW SQUALLS AND WHY ARE THEY SO DANGEROUS?

The NWS issues Snow Squall Warnings to encourage motorists to delay travel until the snow squall has passed, or for those already on the road, to exit the highway at the first possible opportunity so that you're not on the road during these extremely dangerous winter driving conditions.

A Snow Squall Warning will trigger a Wireless Emergency Alert on your smartphone, similar to a Tornado or Flash Flood Warning.

But if you have no choice but to continue driving through a snow squall, the NWS recommends avoiding slamming on your breaks, turning on your headlights and hazard lights, staying in your lane and increasing your following distance.