The same cold front that will be firing up storms, will sweep through the eastern half of the country early this week, returning temperatures to near or below average.

A cold front sweeping across the eastern half of the country will allow temperatures to return to near-average before the heat begins to build once again later this week.

Showers and storms associated with the cold front crossed the I-95 corridor on Monday. Cooler air filled in behind the storms so the Northeast can finally feel refreshed sleeping with the windows open again. 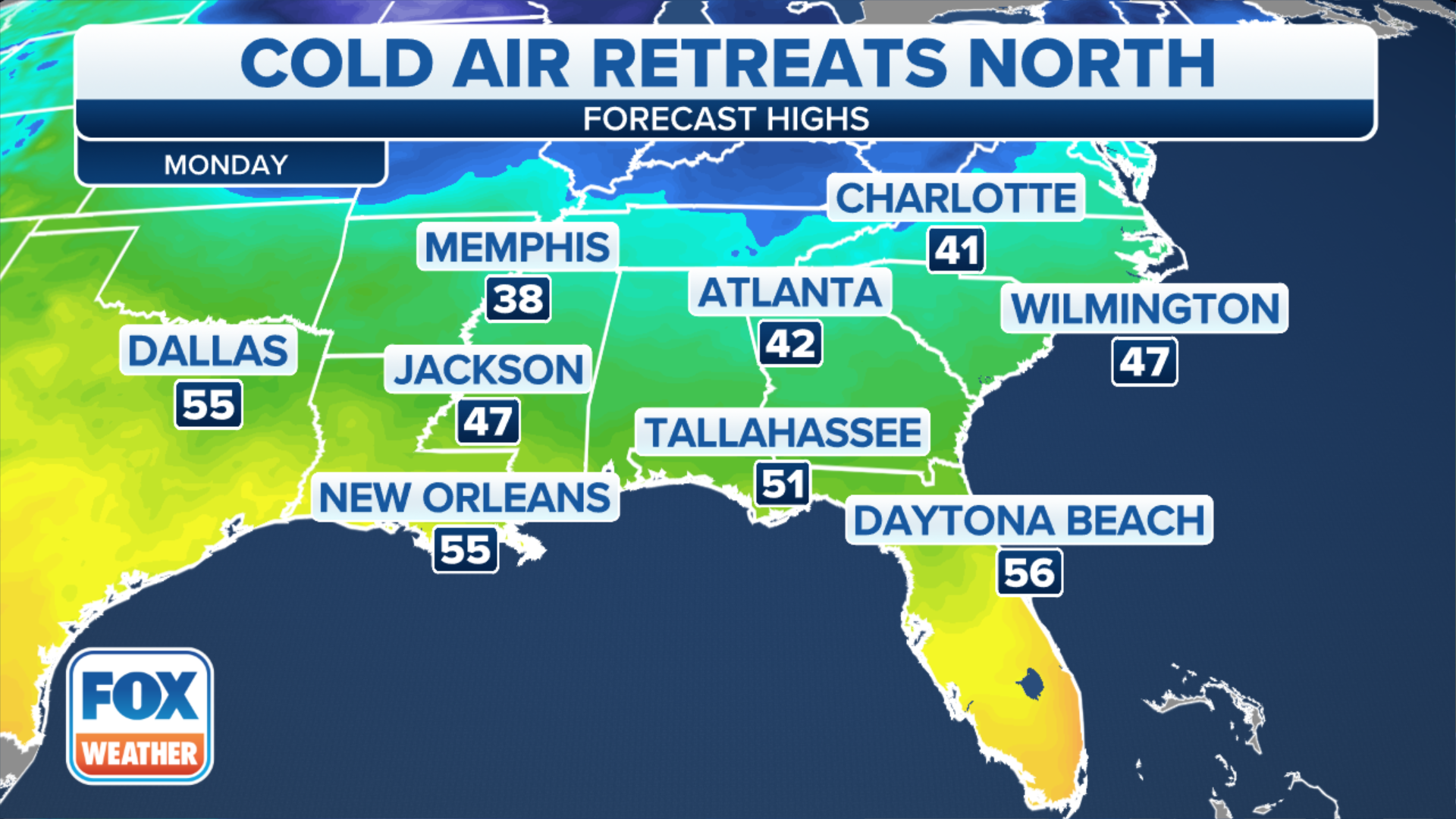 As we get into Tuesday, high temperatures will be slightly cooler than what we are expecting on Monday. However, it will still be hot.

Houston will be a few degrees cooler than Monday, with a forecast high temperature on Tuesday reaching into the low 90s.

To the north of those cities, such as Memphis, Tennessee, and Nashville, temperatures will get into the upper 80s and close to 90 degrees.

Atlanta will only get into the low 80s on Tuesday. 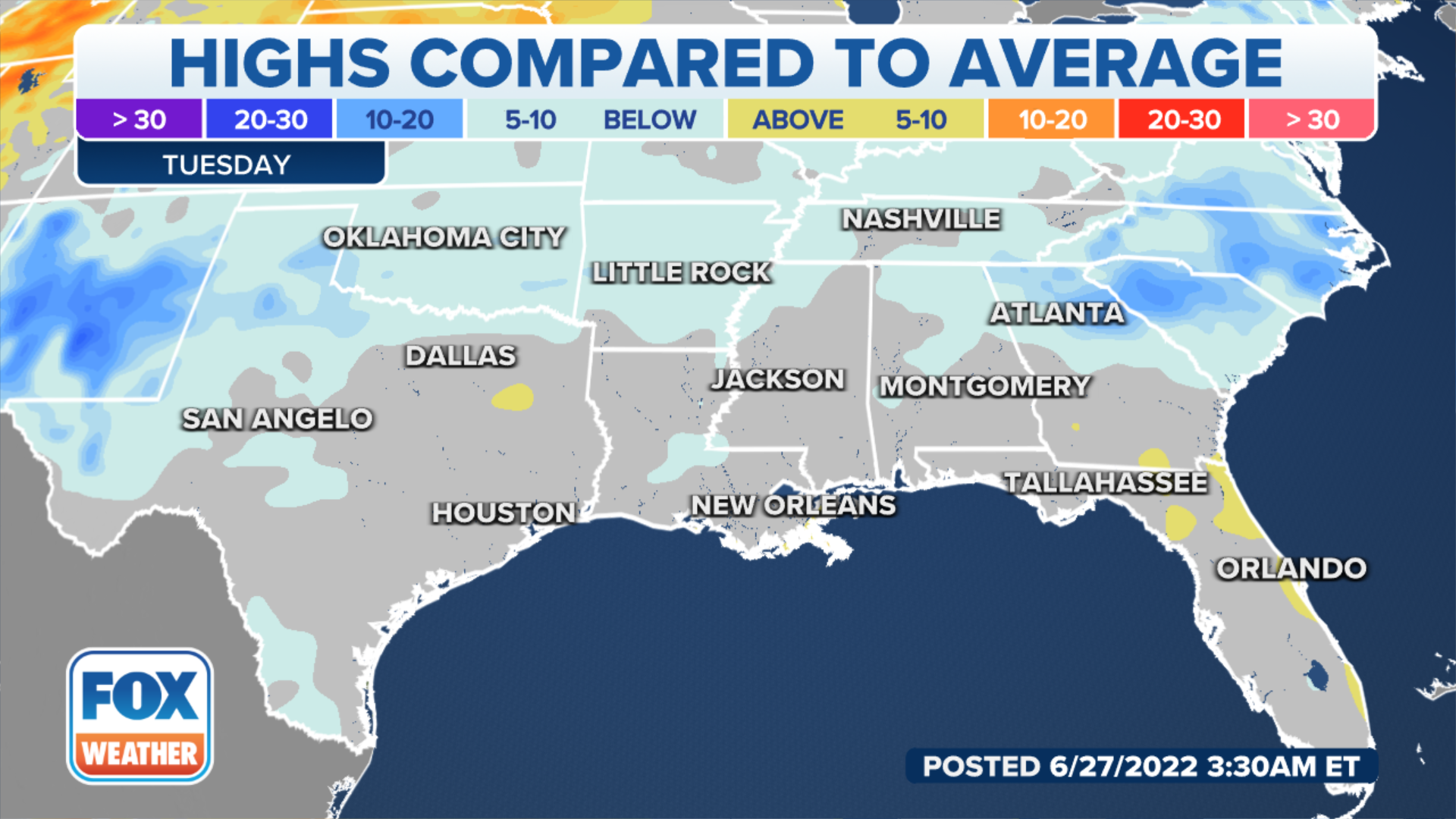 Many areas will see temperatures slightly below average on Tuesday.
(FOX Weather)

With the cold front well off the East Coast, temperatures on Tuesday from the Northeast and New England into the mid-Atlantic will be about 5 to 10 degrees below average.

While it will remain warm across the South and Southeast, temperatures will be at or slightly below average.

Atlanta is only expected to get into the low 80s on Tuesday, which is below average for this time of year.

Other cities that will be at or slightly below average include Nashville, Little Rock, Arkansas and Oklahoma City.

However, after a few days of cooler temperatures, the heat will begin to build back into the region.