Coastal storm bringing rain from the Carolinas to Maine

A coastal storm that's expected to impact the East Coast will bring rain from the Carolinas to Maine over the next few days.

A coastal storm will continue to slide north along the East Coast on Sunday, which will produce rain from the Carolinas to Maine through the start of the workweek.

And while rain totals won't amount to too much, it will likely put a damper on end-of-the-weekend plans for millions of people. 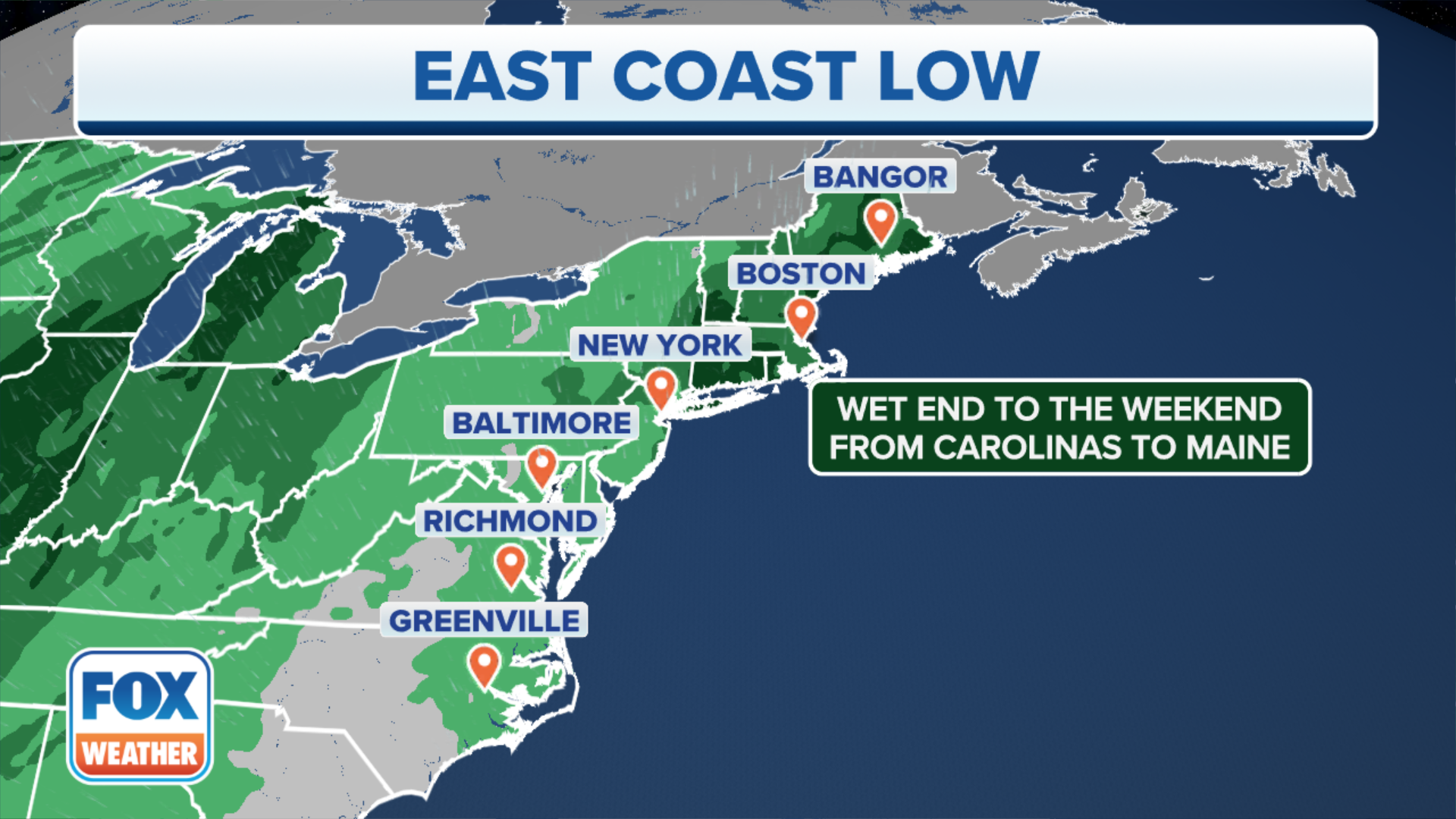 A wet end to the weekend along the East Coast.
(FOX Weather)

Light rain and clouds have moved along the North Carolina coast and parts of southeastern Virginia, and that moisture will continue to push north into the Northeast and New England as the day continues.

In northern New England, like Bangor, Maine, the rain will likely continue through Tuesday, according to the FOX Forecast Center. 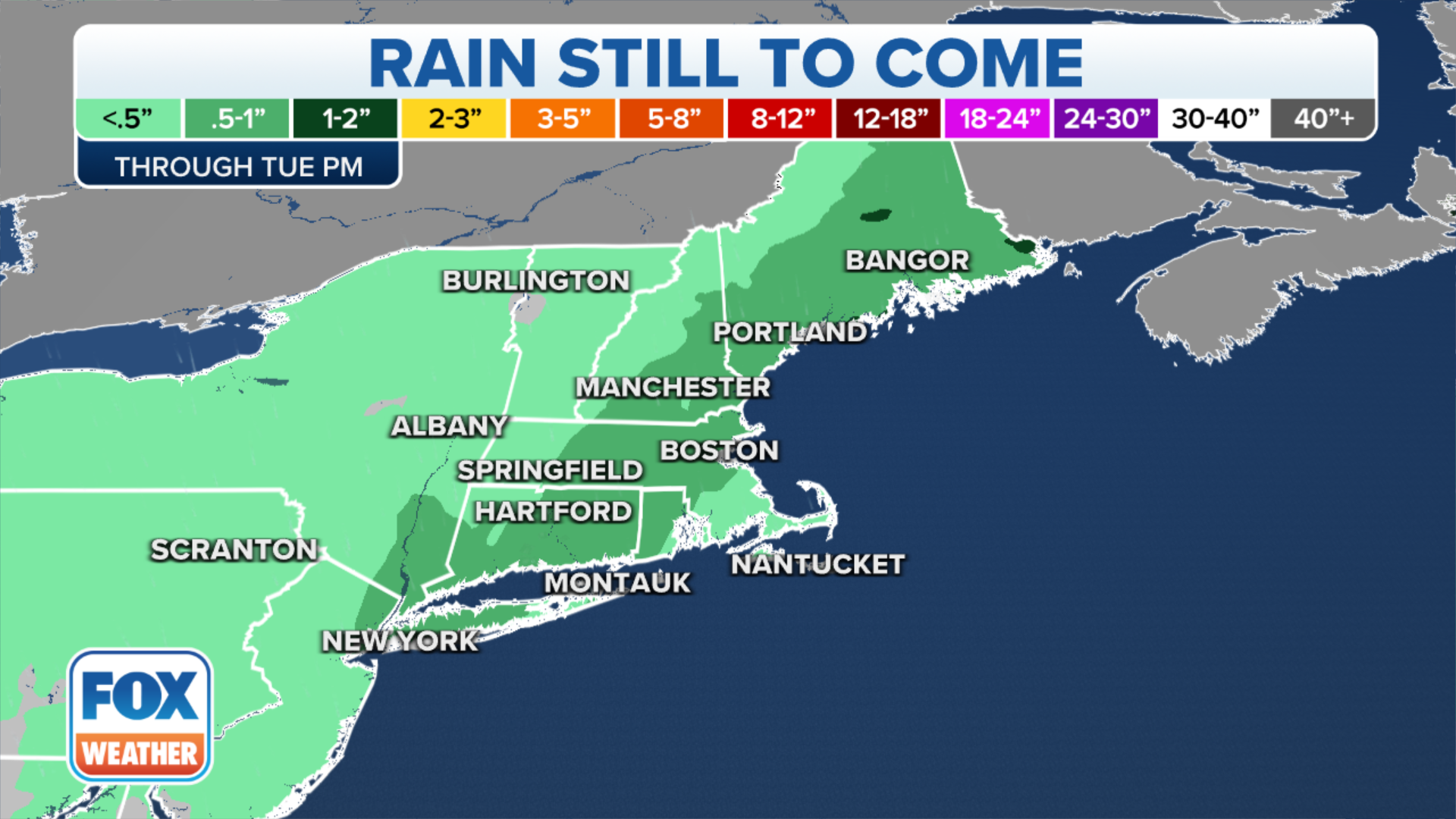 Rain totals will be on the lighter side, but some areas of New England could pick up a few inches of rain by the time the storm system moves out of the area.

Generally, a half-inch of rain will fall across most areas.

Higher totals of 1-2 inches of rain could be seen in places like Rhode Island and eastern Massachusetts, including Boston, Cape Cod, Martha's Vineyard and Nantucket. Those higher rain totals are also expected to reach farther north along the New Hampshire coast and coastal Maine. 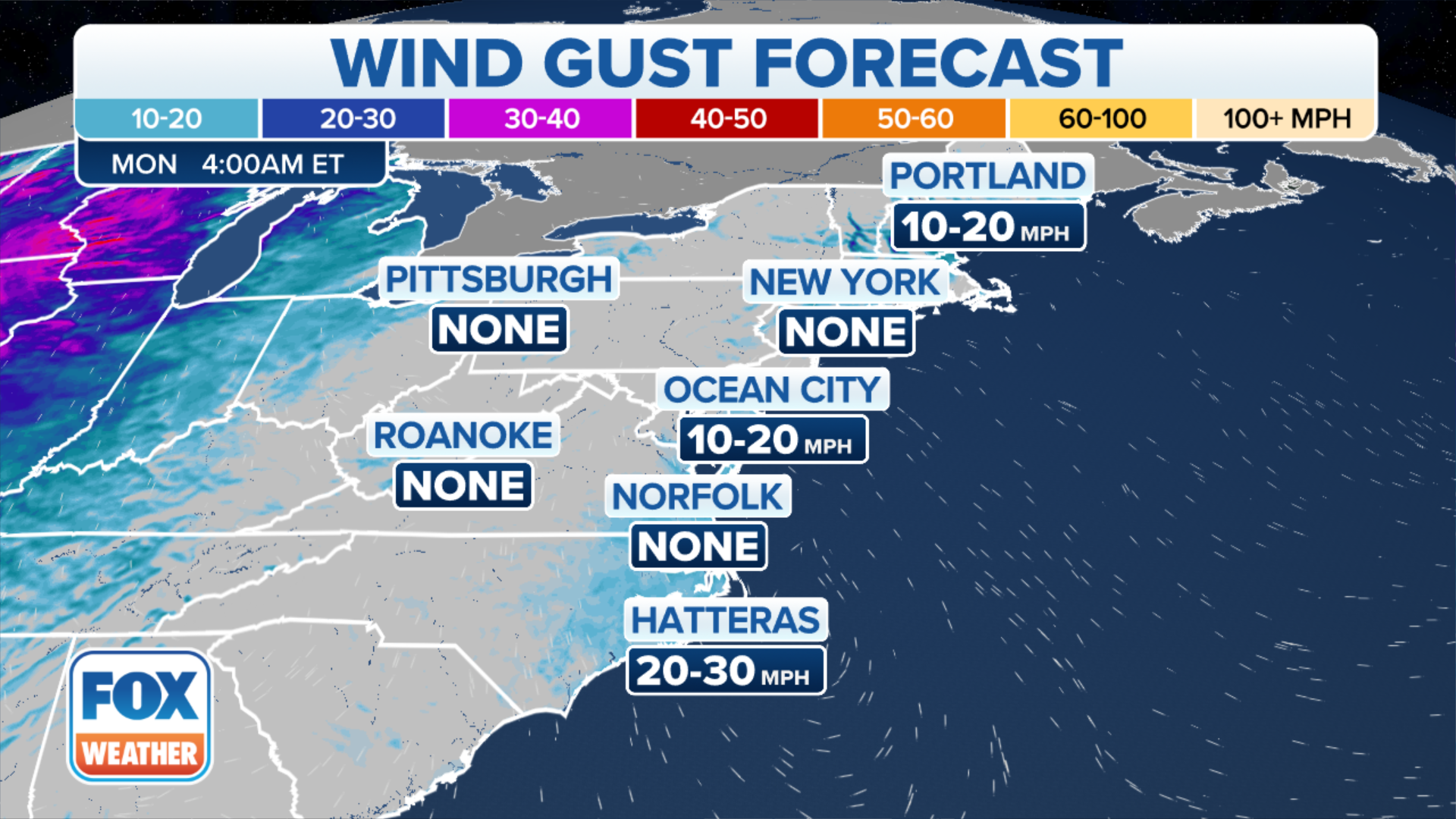 Strong wind gusts are also expected to increase along the coast.

In North Carolina, winds could gust between 20-30 mph through Sunday night.

Further north, in Norfolk, Virginia, gusts between 10-20 mph are expected.

And while Ocean City, Maryland, could also see gusts between 20-30 mph, there aren't expected to be strong gusts north of that location on Sunday evening.