25Posts
Back to Top

The most significant ice accretion is expected in coastal North Carolina with more than 1/2 inch by Saturday morning.

Snow reported in Raleigh when plane slid off runway 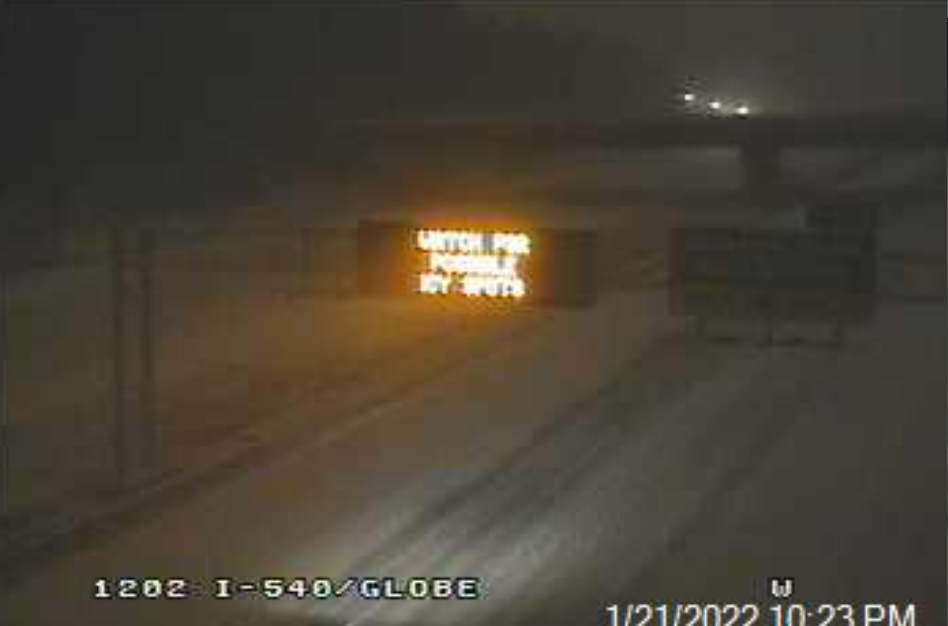 FOX Weather has reached out to Delta Air Lines for more information.

Roads in South Carolina are snow-covered

Many roadways in South Carolina are snow-covered. SCDOT says they have around 2,500 employees working the winter storm and have prepositioned tow trucks to help with any crashes.

SCDOT advises any motorists in need of help in the Palmetto State call *47 for assistance.

A snowplow has crashed and overturned in Carthage, NC. There is no word if anyone was injured.

Heavy snow and ice are impacting millions across the Carolinas on Friday evening.

VA DOT camera from I-264 in Virginia Beach

Snow is starting to cover roads in the Virginia Beach area. This is the scene along I-264 in the Great Neck Creek area. Forecast models show upwards of 5 inches of snow falling in extreme southeastern Virginia.

Three crashes have been reported in Jacksonville, NC as of Friday evening, including a North Carolina DOT salt truck colliding with a concrete barrier. No serious injuries reported.

Forecast models show upwards of 8" of snow is possible in the Norfolk, VA area. Moderate snow continues to fall over southeastern Virginia and more is on the way.

Ice building up in the Morehead City area

Freezing rain is leading to ice building up in parts of North Carolina. The area is under an Ice Storm Warning and forecast models show by late Saturday morning, upwards of half an inch could form.

19 hacks to keep your smartphone charged

Isolated power outages are starting to be reported in the Carolinas because of the winter weather.

Here's how you can keep your cellphone charged during an outage: Click Here

Emergency managers are reporting multiple crashes in the Jacksonville, NC-area due to ice-covered roads and bridges as freezing rain continues to fall.

For the second time in a week, parts of South Carolina could see treacherous travel due to frozen precipitation.

Ice is now coating trees and other outdoor vegetation in Myrtle Beach, South Carolina. Areas of the Grand Strand could see upwards of half an inch of ice accretion through Saturday morning.

Freezing rain reports are coming in from the Columbia, SC area north and east through Myrtle Beach, SC into Wilmington, NC. (Mixed precipitation shows in pink areas on the 3D Radar from the FOX Weather app.) Light glazes reported so far.

Snow is falling in and around Raleigh, North Carolina right now. By the time the storm system pushes off the coast, areas of the metro could pick up on upwards of 5 inches of snow.

Lighter accumulations are expected west of the city, along Interstate 40.

NC DOT reports all ferry routes to the Outer Banks have been suspended due to high winds and frozen precipitation. Officials say they'll restart operations as soon as possible.

Duke Energy crews in place ahead of ice storm

Duke Energy spokesman Jeff Brooks said that crews have been brought to the Wilmington, North Carolina, area to supplement the Carolina-based crews. Wilmington is forecast to be in the center of the heaviest ice amounts.

It takes about a quarter-inch of ice to start causing problems for tree limbs and power lines, according to Brooks.

Master Trooper Brian Lee said the South Carolina Highway Patrol is encouraging people to stay home if they can because roadways may become impassible very quickly during the ice storm.

First Ice Storm Warning in 20 years for some Carolina counties

For several Carolina counties, this is the first Ice Storm Warning issued since at least 2001, according to the NWS Weather Prediction Center.

Ice could down trees, cause power outages in Carolinas

The ice storm could down trees and branches causing widespread power outages. Travel could be dangerous when roads become slick with ice.

The ice and snow is expected to increase into Friday evening.

In addition to the ice threat, heavy snow is forecast along and east of I-95 in North Carolina and Virginia. Forecast models show some areas could pick on more than 6" of snow.

Frozen precipitation is starting to fall in these areas and will move out on Saturday morning.

PHOTOS: Glaze of ice in coating cars in North Carolina

Snow and ice will become heavier into Friday night. An ice glaze was already coating some surfaces in Newport as of 1:30 p.m., according to the NWS. 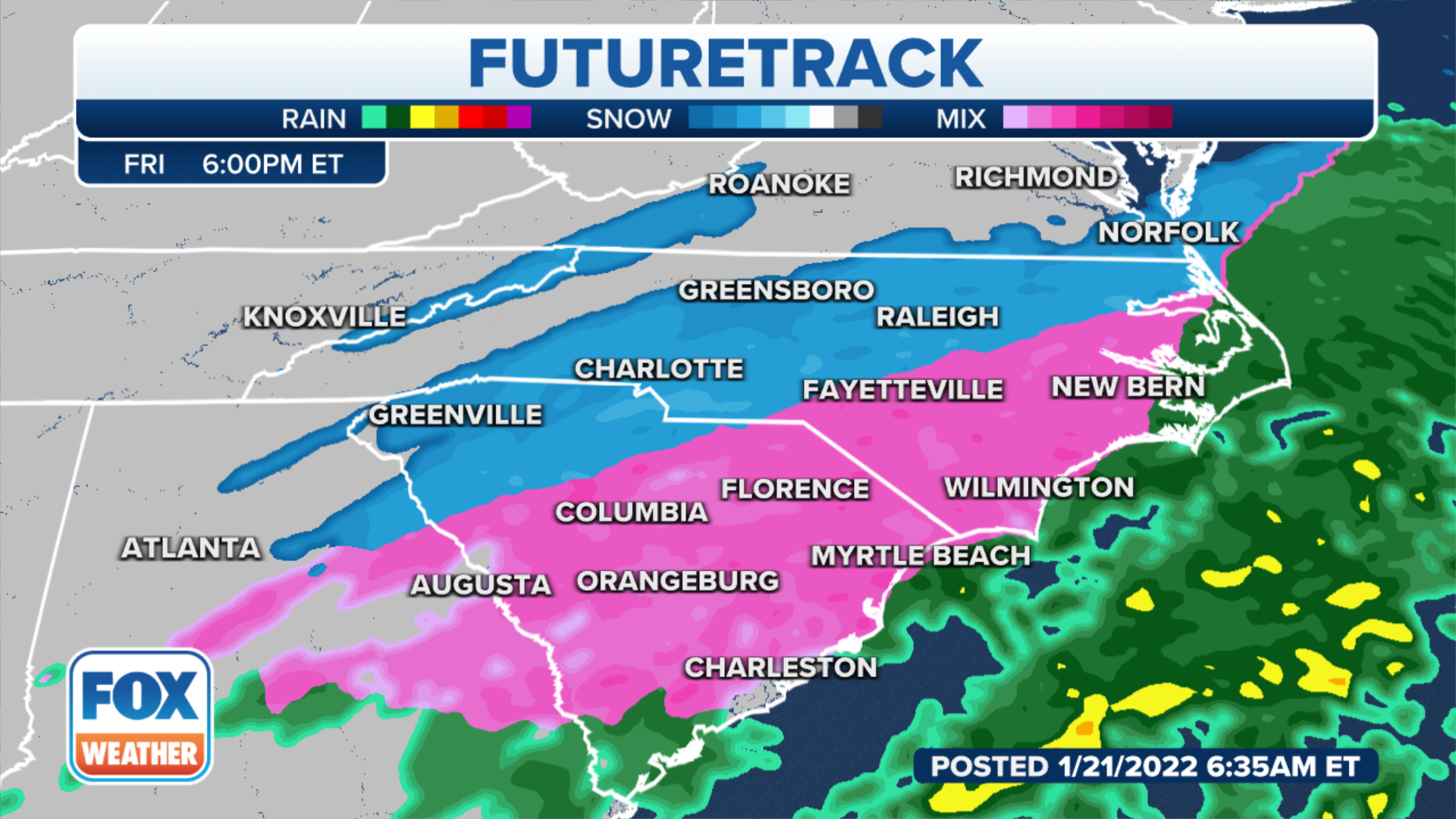 The coastal Carolinas are facing a significant ice threat, including the potential for power outages and tree damage, as freezing rain spreads across the region. The National Weather Service says the expected ice amounts would be "unprecedented in recent history" for some areas.