Just how accurate is Punxsutawney Phil?

Every Feb. 2, America turns to the town of Punxsutawney, Pennsylvania, for a sliver of hope that cold winter will end sooner rather than later.

Every Feb. 2, America turns to the town of Punxsutawney, Pennsylvania, for a sliver of hope that the cold winter will end sooner rather than later.

A groundhog, named Punxsutawney Phil, is roused from a stump on Gobbler’s Knob each year. Legend has it that if the large rodent sees his shadow, then there are six more weeks of winter ahead. If not, spring will arrive early.

The animal prognosticator has been at it since the 1880s. Records kept by the Punxsutawney Groundhog Club show Phil has predicted 107 continued winters and only 20 early springs as of 2023. According to the Stormfax Almanac, that works out to a 39% accuracy rate for Phil.

In the near term, the groundhog’s accuracy rate is slightly better. According to the National Oceanic and Atmospheric Administration, Phil has been right about 40% of the time on average over the past decade.

MOVE OVER, PHIL: HERE ARE 9 OTHER GROUNDHOGS THAT WEIGH IN ON THE FORECAST 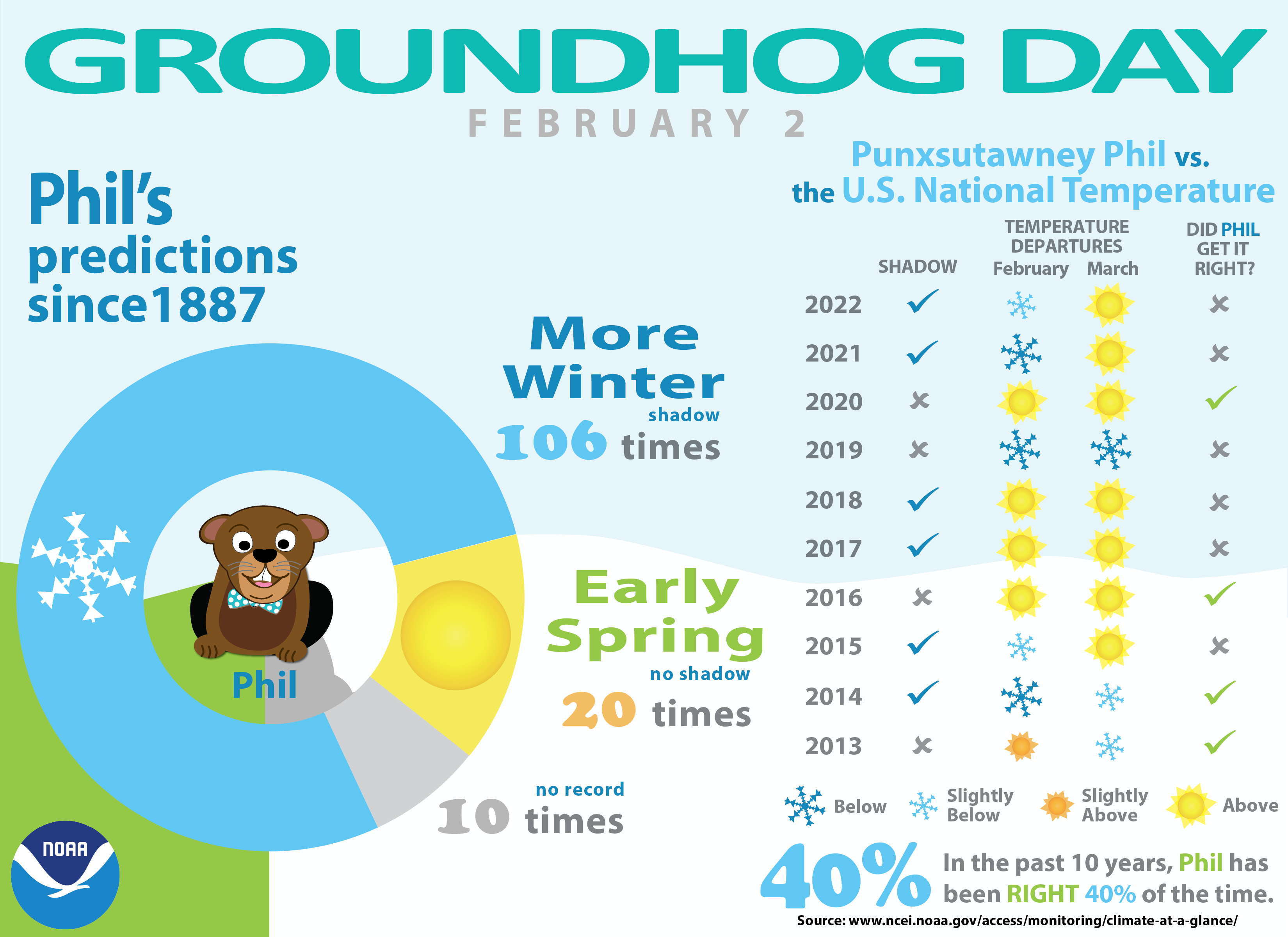 In 2021, Phil predicted more winter. According to NOAA, his forecast was about half right. February 2021 was the coldest since 1989, but March turned out to be warmer than average.

Phil saw his shadow again in 2022, which meant another prediction of a continued winter. NOAA experts said he again missed the mark. While February was slightly colder than average, March's temperatures were much warmer than average.