After being closed for hours because of flooding, a part of Interstate 75 in Sarasota County reopened Saturday afternoon.

ENGLEWOOD, Fla. – A major transportation artery in Southwest Florida that is being used for evacuees to return home was temporally closed overnight after floodwaters endangered travel lanes of the highway.

The Myakka River swelled to the point where it is no longer safe to travel across a 14-mile stretch of Interstate 75 between North Port and Englewood, according to the Florida Department of Transportation.

The FOX Forecast Center said Ian dropped 19 inches of rain in North Port in just over two days. The river has reached more than 2 feet over major flood stage and just topped its record crest by about an inch. 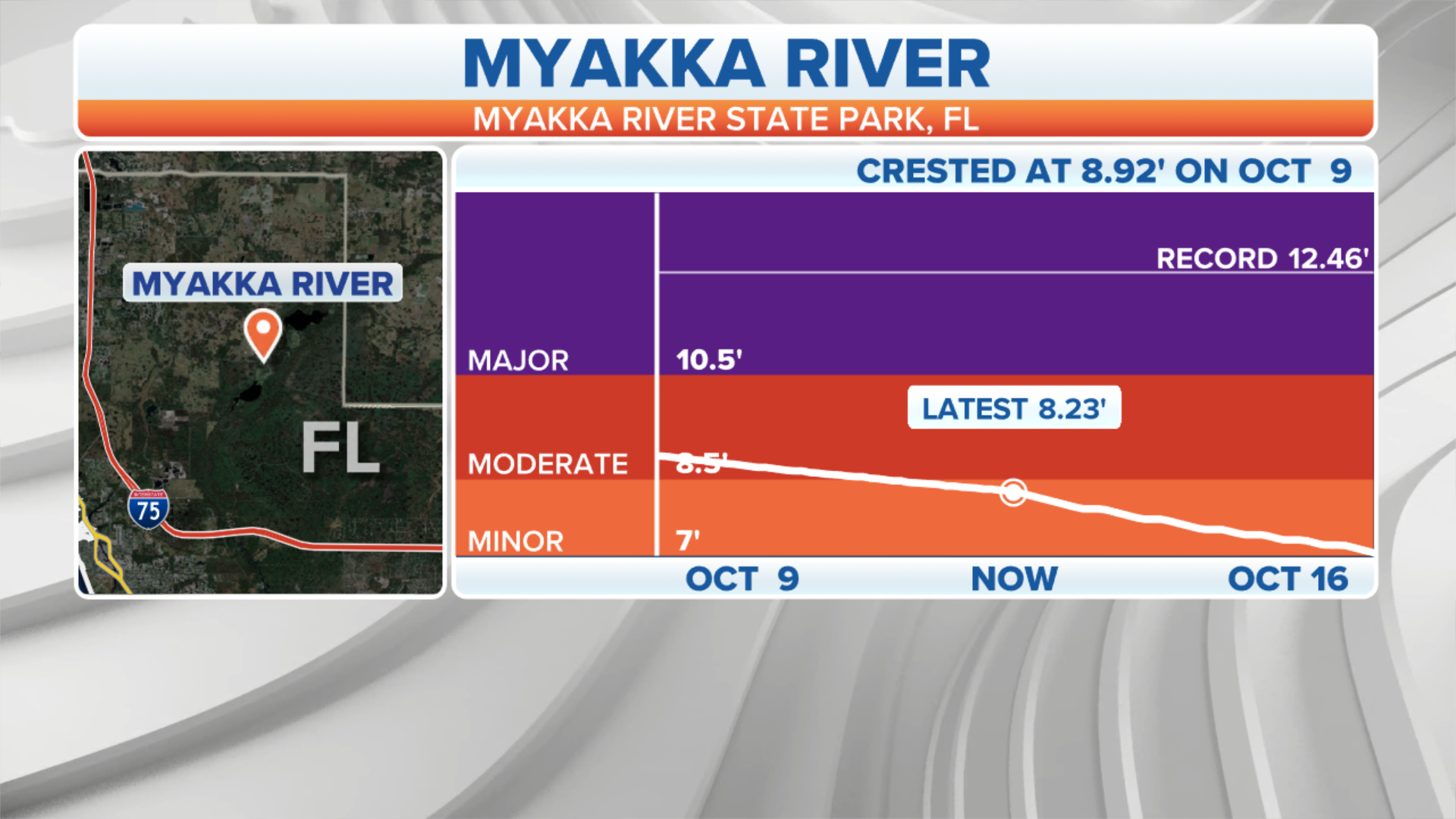 Video from Friday night showed gridlock in the areas along I-75 near the closure points.

The Florida Department of Transportation warns the highway could close down at anytime again, due to changing water levels along the river.

I-75 closure in Florida due to rising river

The Florida Department of Transportation has closed I-75 in both directions from mile marker 179 to mile marker 191 due to the Myakka River rising.

A weakened levee could potentially flood a community in Sarasota County, the sheriff’s office said, though it clarified that the flooding danger is limited to one neighborhood despite a phone alert apparently being sent countywide.

Several residents in the county posted on social media that they received an automated message on their phones early Saturday morning warning of a possible levee break along the Myakka River.

The National Weather Service in Tampa, fielding several tweets from worried residents, sent multiple replies stating there is "no expected change in impacts" to the Myakka River, though "flooding does continue".

But the Sarasota County Sheriff’s Office says they indeed sent an alert just before 3 a.m. indicating a possible levee break in the Hidden River community. But those signed up for the alerts anywhere in the county likely received the notification.

They clarified on Twitter that the danger is only for homes on the east side of the Hidden River community and no other areas of Sarasota are affected.

"At this time, deputies are working with Sarasota County Fire personnel to go door-to-door and advise residents of potential flooding," the Sarasota County Sheriff wrote. "Residents are encouraged to consider evacuation."