More than two dozen people, including children, needed to be rescued after flash flooding covered roads and highways in the Denver metro area on Sunday night.

DENVER – More than two dozen people, including children, needed to be rescued after flash flooding covered roads and highways in the Denver metro area on Sunday night.

Monsoonal moisture moved into the High Plains after strong thunderstorms dropped more than 2 inches of rain in less than 30 minutes in the Denver area.

The Denver metro was hit hard by monsoonal thunderstorms where one dropped over 2 inches of rain in less than 30 minutes.

All the heavy rain that fell in such a short period flooded roadways, including a new tunnel on Interstate 70.

According to the Denver Fire Department, 11 people, including three children, needed to be rescued from their vehicles in the vicinity of York Street and I-70.

Flooding on streets of Denver, Colorado

Floodwaters take over streets in Denver, Colorado this past weekend. (Video: @cajosabo/ Twitter)

Another eight people, including children and an infant, were rescued from a minivan in the area of 38th Avenue and Blake Street.

Several other people were rescued across the city, and the Denver Fire Department said that, in total, 29 people needed to be rescued.

No injuries were reported.

I-70 floods in Denver during monsoonal storms

I-70 was flooded in Denver during monsoonal storms on Sunday, causing traffic delays. 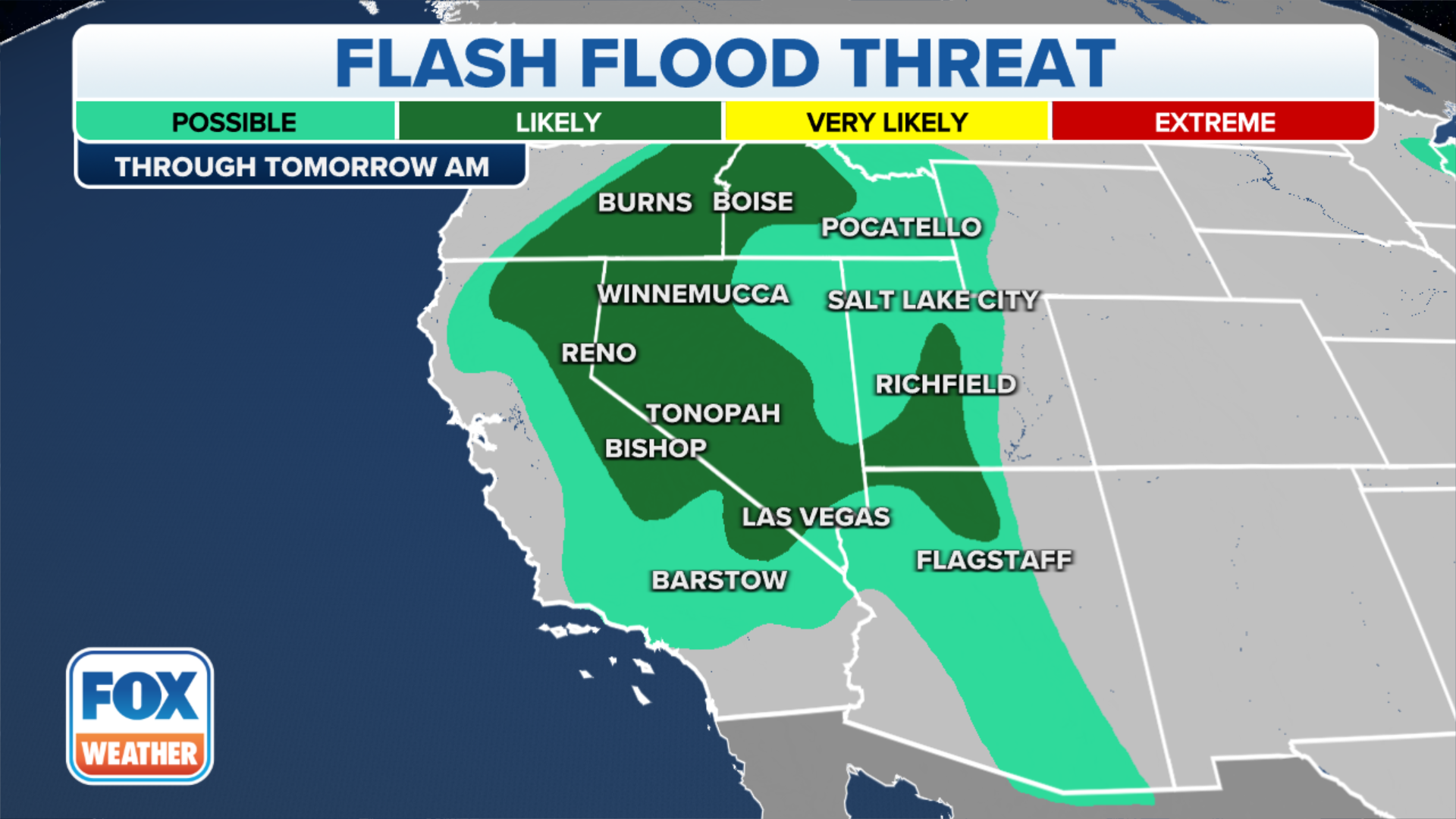 A lot of the rain and thunderstorm activity has since slowed down over the past several hours, but activity is expected to ramp back up later on Monday as moisture continues to flow in from the south.

JD Chism, Lieutenant and Public Information Officer with the Denver Fire Department, talks about what it was like for him and his team during the intense flooding in Denver on Monday.

"Throughout the day, we will be focusing on northern New Mexico into southeastern Colorado once again for that concentration of showers and thunderstorms," FOX Weather meteorologist Jane Minar said.

The heaviest rain and thunderstorm activity will remain over Arizona and southern Nevada and Utah. However, parts of northern New Mexico and Colorado could pick up 1 to 2 inches of rain over the next several days.