SAN DIEGO – A jet went off a runway at Naval Air Station North Island in Coronado, California, on Friday as the impacts from Tropical Storm Kay were felt across the region.

A public affairs officer said the Navy-contracted plane was attempting to land at around 1:15 p.m. when it slid off a runway and into an embankment along the San Diego Bay.

Two people were aboard and able to escape the aircraft after the crash.

Authorities said both were transported to a local hospital for examination.

A nearby weather observation site reported rain and gusty winds in the area courtesy of Tropical Storm Kay, which was centered about 100 miles south of San Diego.

Federal agencies will examine the wreckage and determine what caused the plane to overshoot the runway.

Despite the off-and-on rain and gusty winds, the naval air station’s runways were open for both arriving and departing aircraft.

Tropical Storm Kay is quickly weakening over the cool waters of the eastern Pacific.

Impacts on both Mexico and California are forecast to decrease through the weekend. 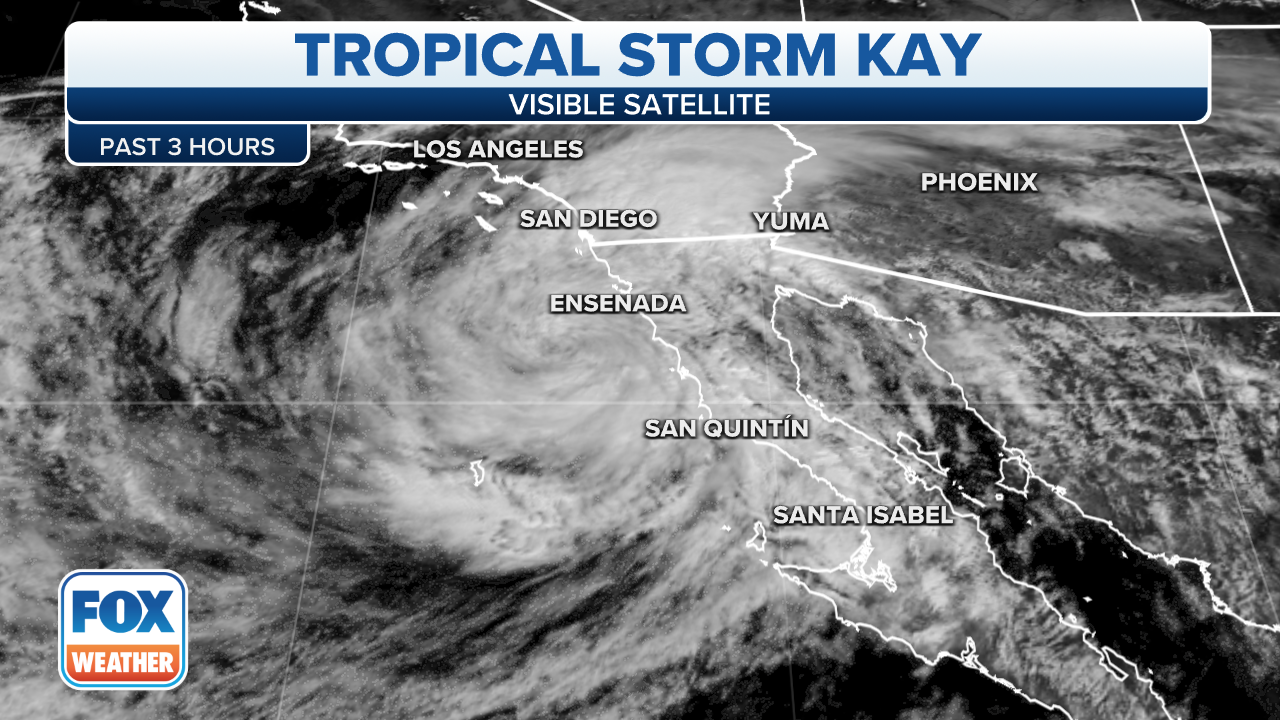