Drivers were stuck on I-95 in Providence for their evening commute as flash flooding made the highway impassable.

Flash flooding in Providence brings I-95 to a standstill

Torrential rain caused flash flooding in parts of Providence, Rhode Island, Monday afternoon. Drivers were at a standstill on I-95 due to the flooded highway.

Several cars were flooded along with the highway. Police were said to have helped those trapped inside. Others were seen seeking shelter on the center divider on I-95.

Flooding also forced officials to close other roads within Providence due to the heavy rain that turned roads into rivers, including Route 10.

Heavy rain was said to cause a building collapse within the city. Providence police said no one was inside at the time of the collapse.

Heavy rain was said to have caused this building to collapse in Providence, Rhode Island, Monday evening.

A stalled cold front draped across the Northeast produced a wide area of significant storms Monday.

Flood Watches stretch from coastal Maine through Boston and New York, into Pennsylvania and through much of the Appalachian and Ohio Valleys, reaching northern Alabama and northwest Georgia. All told, just over 80 million were under flood alerts Monday. 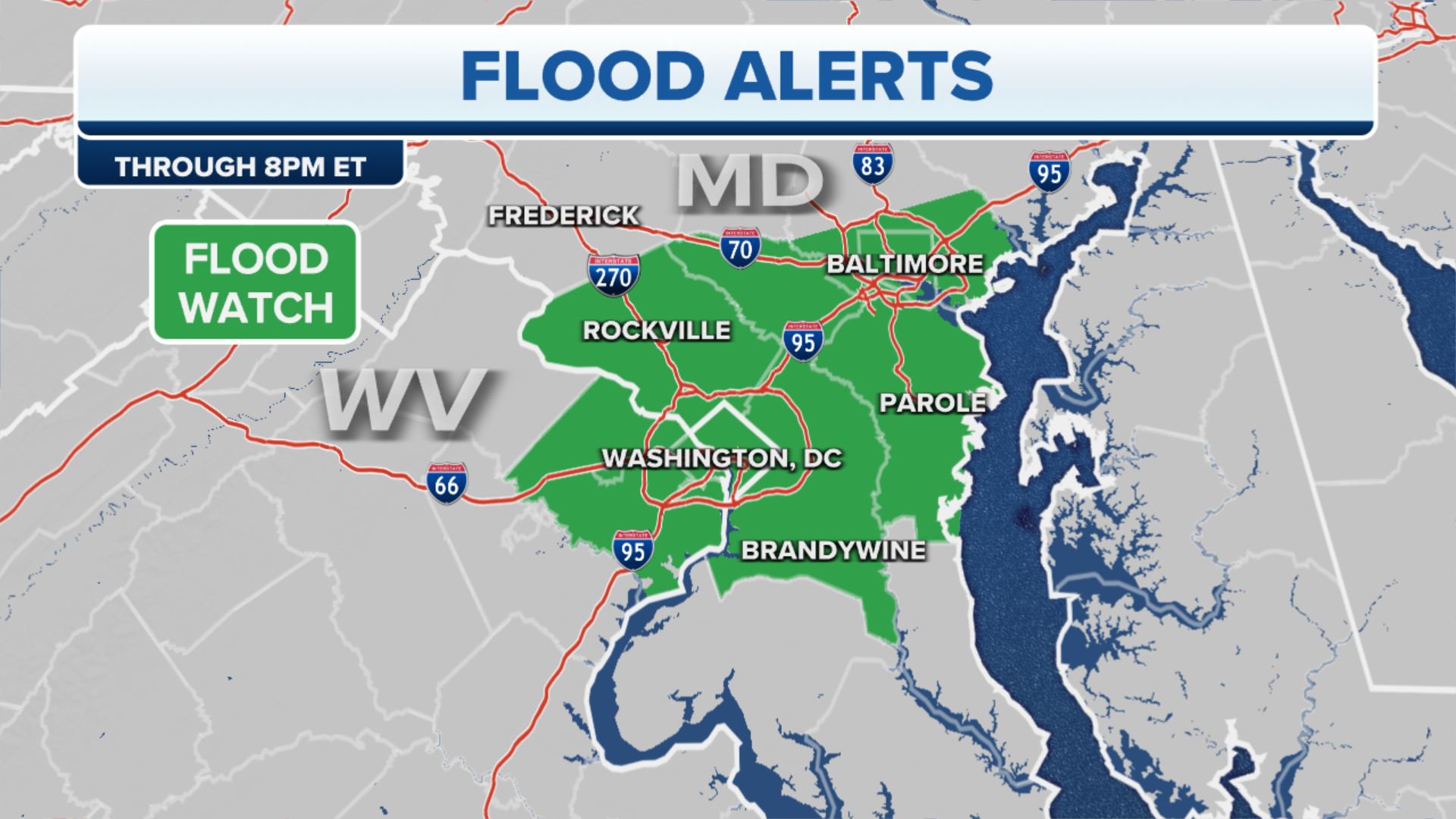 Scattered thunderstorms remain in the forecast throughout the week, with some rainfall totals reaching 3-5 inches by the end of the week.