A storm system off the East Coast will bring the threat of flooding to parts of the region.

An area of pressure sitting off the East Coast will create high surf, rip currents and coastal flooding from the Carolinas into southern New England over the next few days.

Because the jet stream will be parked well to the north it won't move much through the middle of the week. 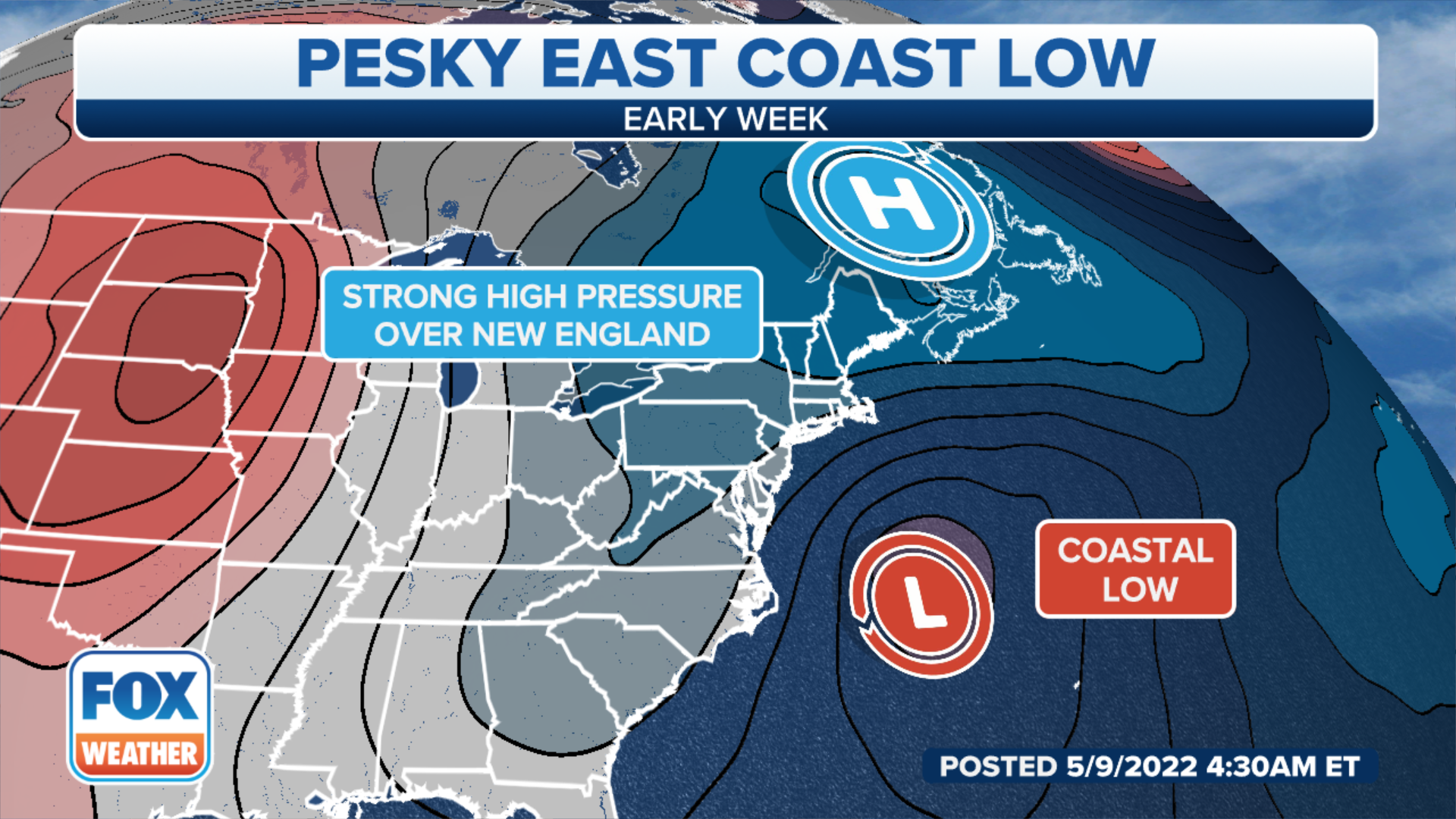 These winds will produce high surf and rip currents along the East Coast between southern New England and North Carolina's Outer Banks then expand the threat southward all the way to the Atlantic coast of Florida early in the week.

This will be an exceptionally long-duration event, with coastal areas getting pounded by 40- to 50-mph wind gusts almost nonstop through Wednesday.

Minor to moderate coastal flooding will become a concern at times of high tide from the Jersey Shore to North Carolina as these strong northeasterly winds blow the water toward the coastline. Large, persistent waves will also cause severe beach erosion. 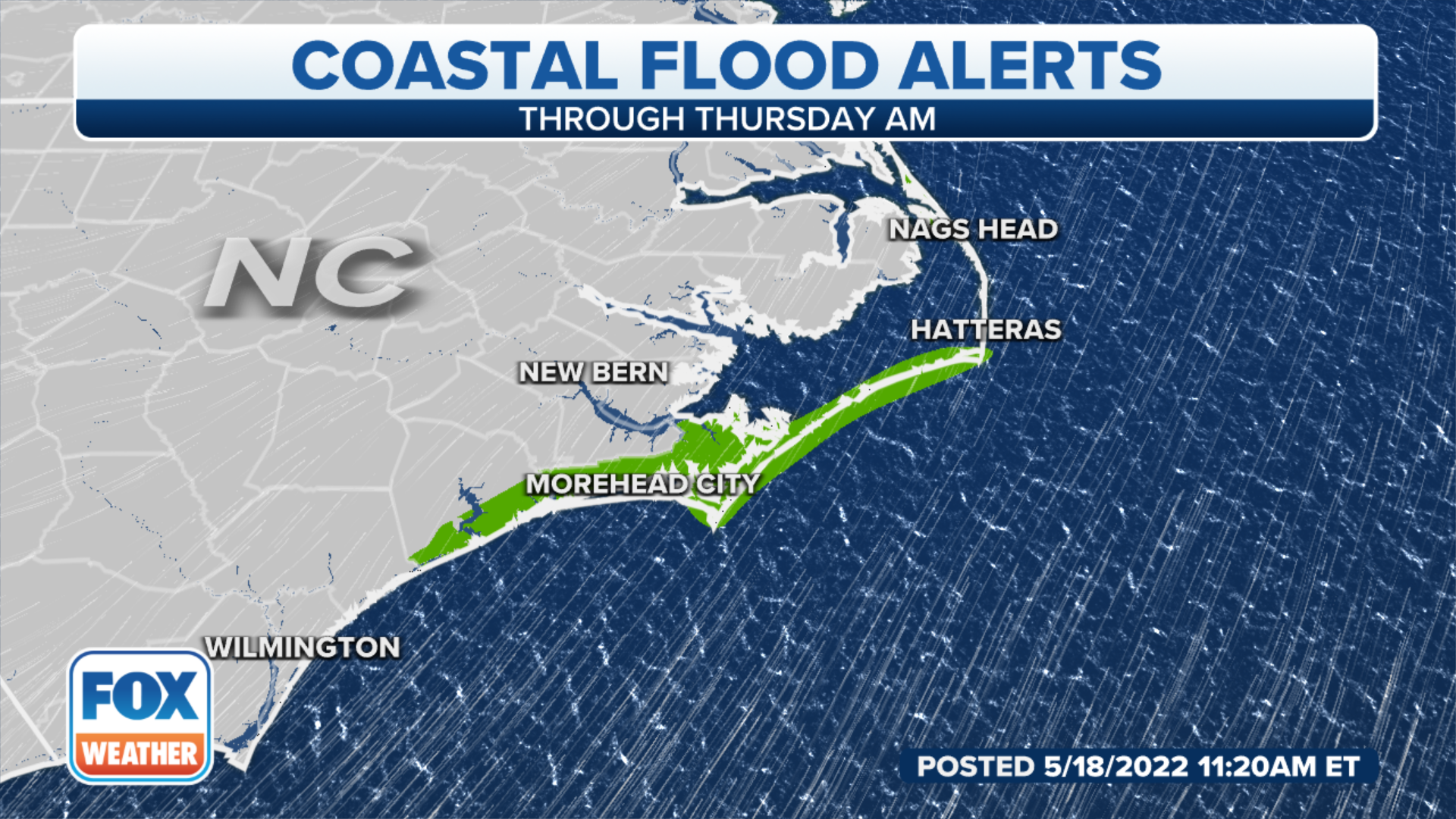 Coastal flood alerts have been issued until at least Tuesday as the system continues to spin off the coast.

Coastal Flood Advisories are in effect from central New Jersey south through Delaware and into Maryland.

Coastal Flood Warnings are in effect in Virginia from Virginia Beach to the north. Washington, D.C. is also under that warning.

Showers from the low-pressure system might occasionally move onshore between southern New England and Florida through the middle of the week, but they should not result in a complete washout at the beaches on any particular day. Later in the week, the low might backtrack toward the southeastern U.S. and increase the chance of rain along portions of the Southeast coast. 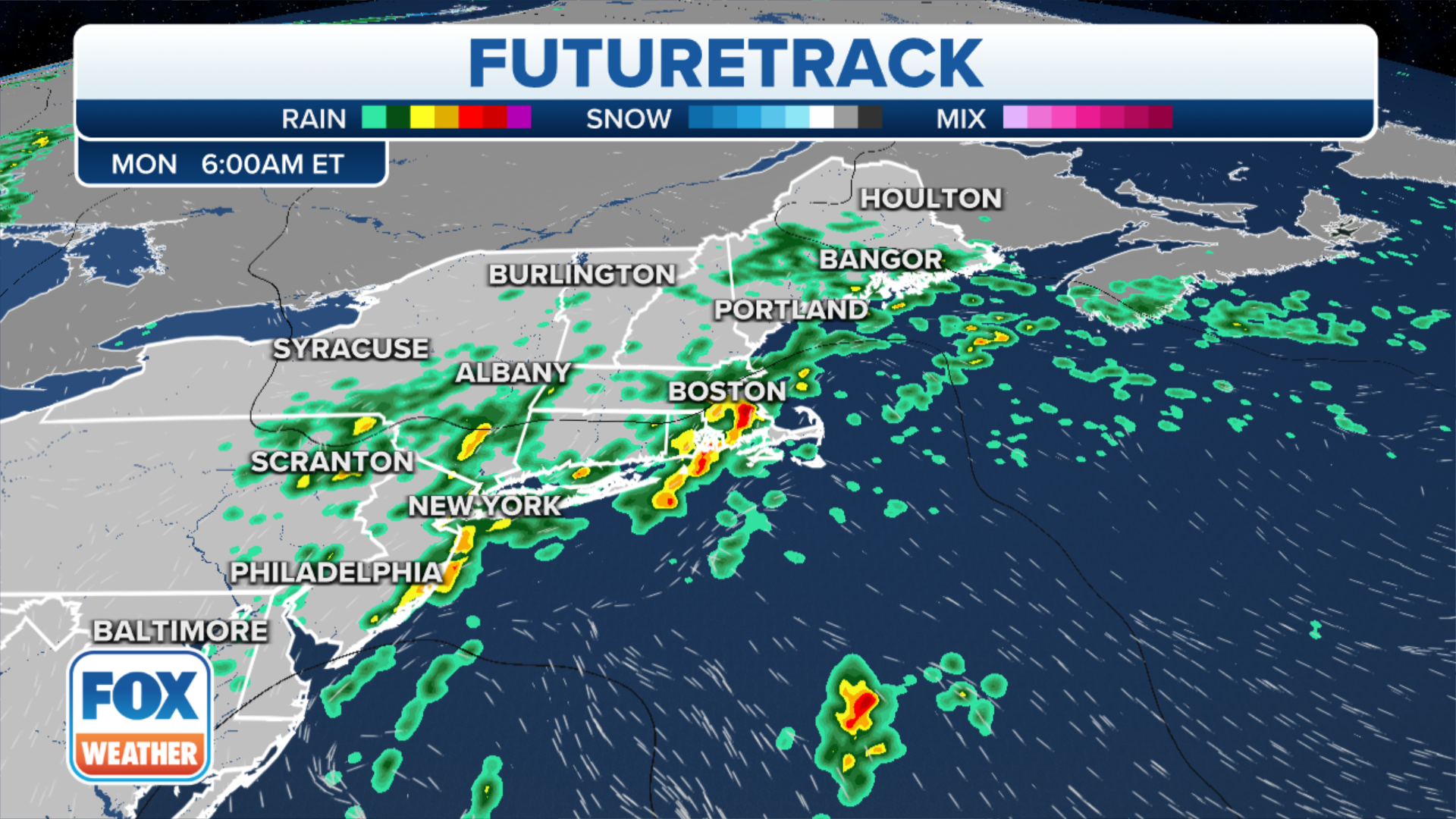 Because of the threat of rip currents, you're advised to use caution if you have beach plans  any day this week. According to the National Weather Service, an average of 60 people are killed by rip currents each year in the U.S. So far this year, rip currents have already been blamed for 14 deaths.

Many beaches use color-coded flags to warn visitors of the day’s rip current risk.

If you see a green flag, strong rip currents are not expected that day, so you should be able to swim safely. However, beware of the yellow and red flags. A yellow flag means there is a moderate risk of strong rip currents, while a red flag indicates a high risk. Take extreme caution when entering the water if a yellow or red flag is posted on the beach.

You can find NOAA’s official rip current forecasts at this link.

These color-coded flags are used to warn visitors of the day’s rip current risk.

Subtropical development not ruled out

The odds of this happening are low, but in the outside chance it develops into a subtropical storm with winds of at least 40 mph, it would earn the name "Alex," the first on the naming list for the 2022 Atlantic hurricane season.

Although hurricane season doesn't officially begin until June 1, the past seven seasons have all spawned at least one named storm before that date.

Regardless of what this system is called (or not called), the impacts along the East Coast will be the same as we outlined above.