FOX Weather correspondent Max Gorden says the regulations will likely spur automakers to speed the development of their electric and alternative energy lineups.

LOS ANGELES – Days after announcing a ban on the sale of many gasoline powered cars in the state starting in 2035, California is asking residents to avoid charging their electric vehicles during peak usage hours to save energy as a late-summer heatwave grips the Golden State.

With temperatures expected to be upwards of 30 degrees above average in most of California, the state's Independent System Operator asked residents on Wednesday to limit use of major appliances, avoid charging electric vehicles and turn off unnecessary lights between 4 p.m. and 9 p.m. when demand is highest.

PG&E, California's largest utility provider, is also encouraging consumers to conserve energy any way they can, especially after 4 p.m. Experts say other easy ways to conserve energy is by avoiding laundry, vacuuming, and dishwashing during peak energy times. They say costumers can also set their thermostat at 78 degrees or higher.

Out of the nearly 40 million residents in the state, there is only around 500,000 registered electric vehicles – or about just 1% of residents.

Charging electric vehicles can have the same strain on the power grid as most major appliances. A typical electric vehicle charging on an at-home level 2 charger will use about 7,200 watts or less, according to the United States Office of Energy Efficiency and Renewable Energy. For reference, that's less than a typical electric furnace uses but more than an air conditioner.

Governor Gavin Newsom proclaimed a State of Emergency for the heat wave that is expected to last through the Labor Day weekend.

Los Angeles, Sacramento, and San Diego could all reach over 100 degrees, with heat indexes around 110 degrees.

The FOX Forecast Center said if Downtown Los Angeles reaches 100 degrees, it would be the first time since 2020.

If you’re looking for cool weather in California, head to San Francisco where temps are expected to only reach the mid to upper 70s through Labor Day weekend. 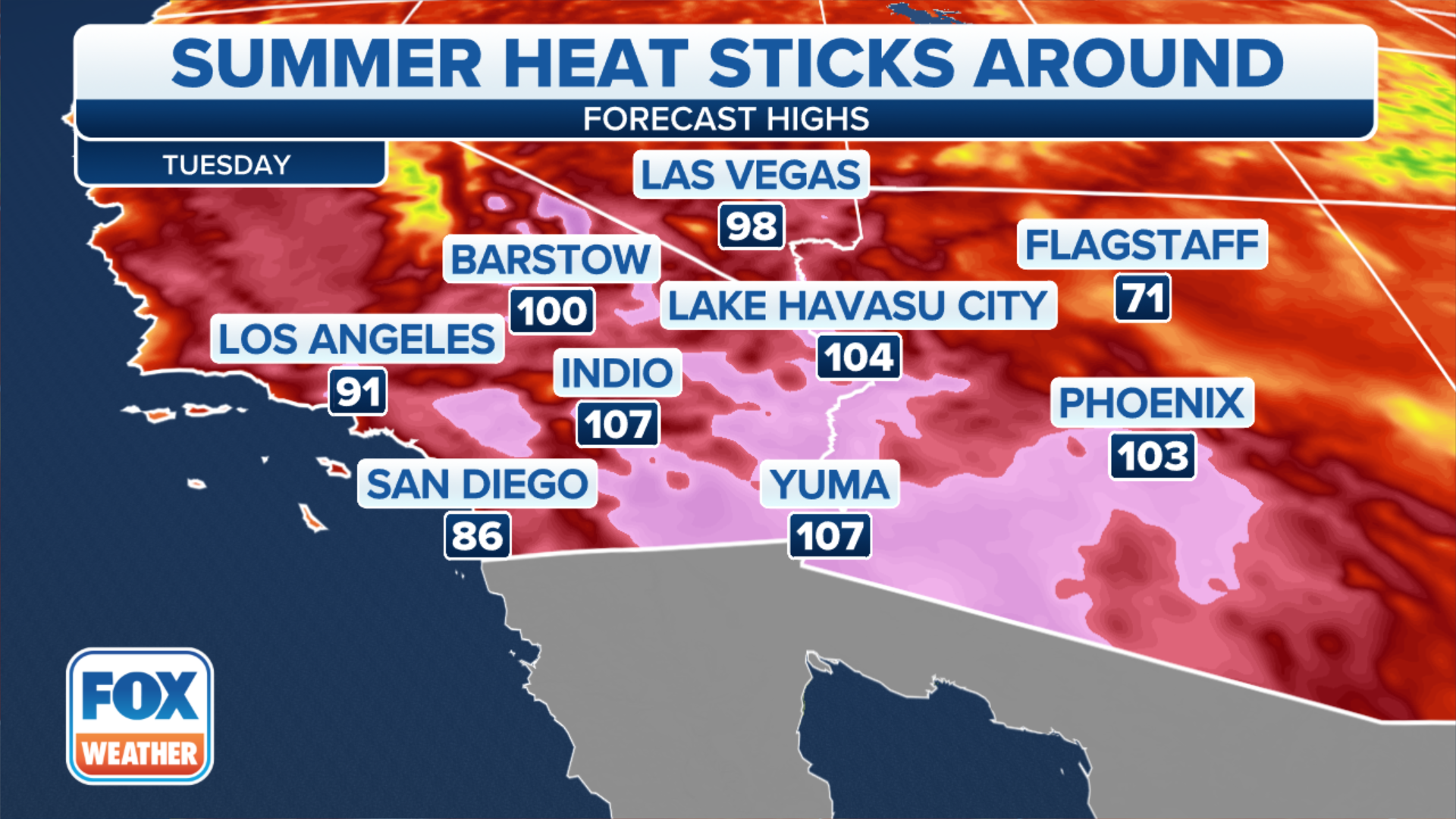