Tropical Storm Fiona continues to organize and strengthen. In the hours before the storm’s center of circulation reaches southwestern Puerto Rico this afternoon, there’s a good chance the top winds will reach hurricane strength. The slight increase in wind speed is not the most important factor, however. Whether it strengthens or not, Puerto Rico’s southern coast will get blasted with the direct impact of a firehose of tropical moisture.

The mountain range that extends across the island will deflect the moisture vertically, enhancing the intensity of the rainfall on the south side of the island. Widespread rainfall of more than a foot of rain is forecast, with some areas getting two feet. 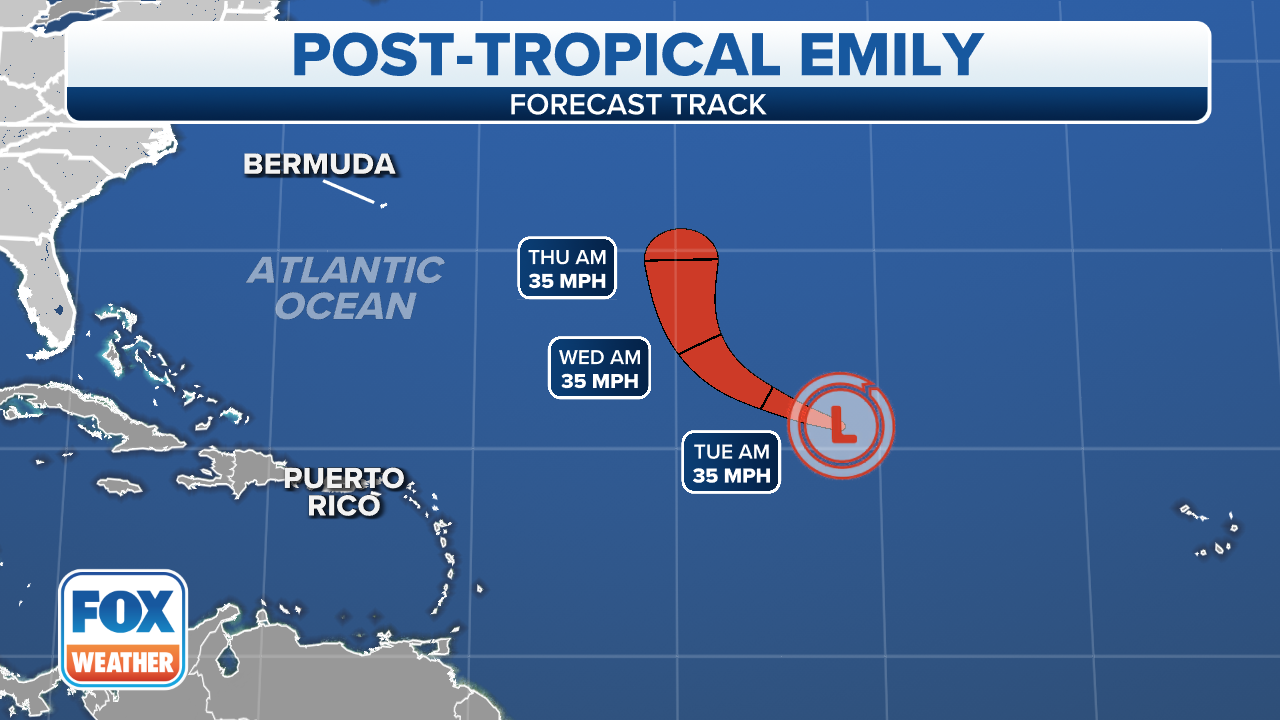 At the higher elevations, this is more than enough rain to turn streams into raging mudslides and to trigger rockfalls cascading down the mountain. Flood-control structures could be compromised. At lower elevations, flooding is likely, especially around streams and rivers.

It is critical that people find high, safe locations to ride out the storm before escape routes get cut off. The flooding will not subside quickly. Rain that falls on the mountains will take at least a couple of days to flow to the ocean.

The greatest impacts will be on the southern side of Puerto Rico, though the eastern end will be impacted as well. On the north side, where San Juan is, they will be shielded by the mountains to some degree. Though sufficient rainfall to cause flooding is still expected.

The Virgin Islands will be under Fiona’s outer bands. Winds gusting to near hurricane strength are likely with periods of very heavy rain, but not like on Puerto Rico.

Fiona doesn’t have a small eye in the classic sense where the super-strong winds are found. The eye-like structure in Fiona is almost 50 miles across. So the focus of the firehose of wind and tropical moisture will be east of where the center comes ashore and spread across the southern and eastern sides of the island.

Unfortunately, it appears the geometric center of the storm will pass over or near the western end of Puerto Rico, which focuses the worst of the impacts on the heart of the southern coast.

Fiona’s peak impact on Puerto Rico will come this afternoon. By tomorrow, the center of the storm will be near Punta Cana and the eastern part of the Dominican Republic. Although the current thinking is that the worst of the storm will be just offshore, preparations are required since the exact track becomes less predictable when a storm impacts high terrain.

On Tuesday, Fiona should pass the Turks and Caicos Islands and the southern Bahamas and head north in the Atlantic. Bermuda will have to stay vigilant. It will head in that general direction later this week.

Elsewhere, there is a disorganized disturbance in the central Atlantic with a slight chance to develop, but it’s not a threat to land.

Nothing else seems to be in the works at the moment.