Hurricane Fiona continues its track toward the Canadian coast as a Category 4 with maximum sustained winds of about 130 mph.

Tropical downpours could begin to arrive in Atlantic Canada on Friday before the peak rain and wind impacts spread across the region from Friday night into Saturday.

Stormy sky in Halifax ahead of Hurricane Fiona

The FOX Forecast Center warns that areas from New Brunswick and Nova Scotia to Newfoundland and eastern Quebec will have threats of damaging winds, flooding, rainfall and storm surge as Fiona crashes ashore in Nova Scotia. 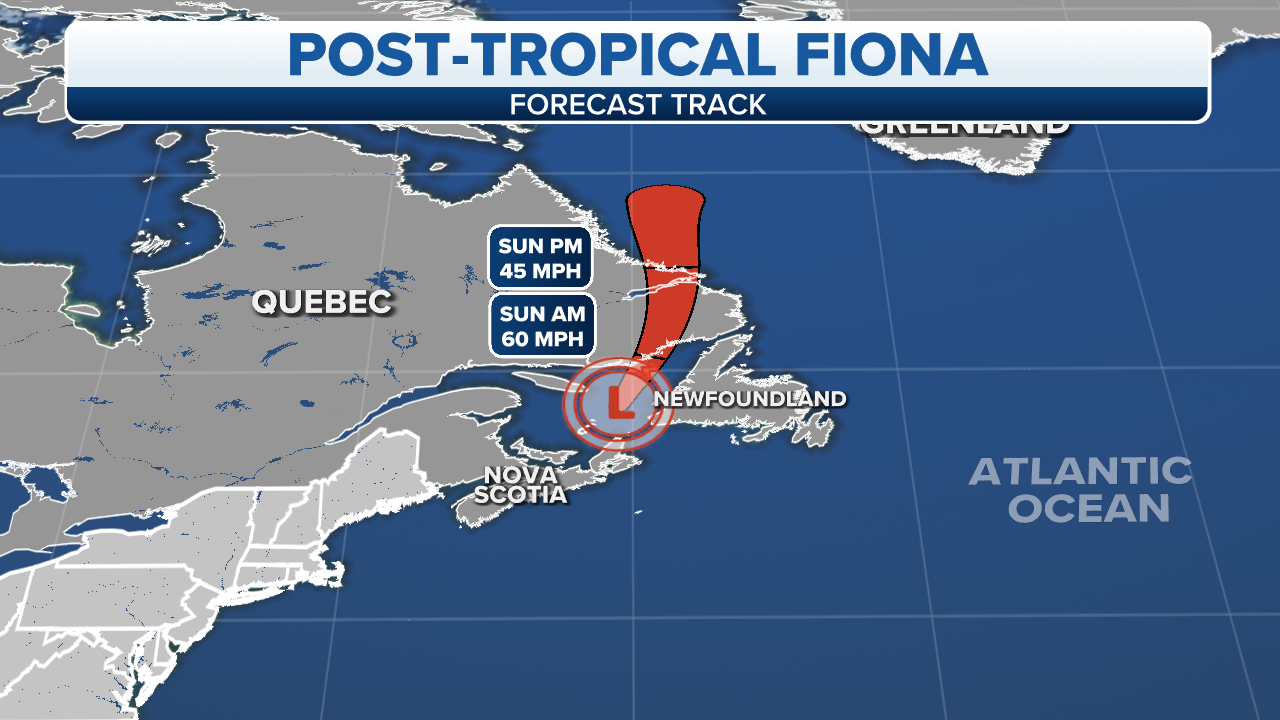 By Friday afternoon, grocery stores in Nova Scotia were picked clean of bread, canned goods and other supplies.

In New England, 10- to 12-foot waves from the storm pounded the shores along Rhode Island and Massachusetts beaches even with the storm hundreds of miles offshore.

The FOX Forecast Center is tracking Fiona's impacts along the Atlantic Coast beaches from Florida to Maine.

Earlier on Friday, Hurricane Fiona brought intense wind and rain to the island of Bermuda as the storm continued its northward trek.

FOX Weather's Robert Ray captured these views from Bermuda where Hurricane Fiona's winds lashed the island before the storm continued its northern path toward Atlantic Canada.

Hurricane Fiona is among four systems currently roaming the Atlantic Basin, including Tropical Depression Nine, which could become a hurricane threat to Florida or the U.S. Gulf Coast next week, Tropical Storm Gaston near the Azores and Tropical Storm Hermine off the western coast of Africa.