32Posts
Back to Top

A Tornado Warning has been issued for Buchanan County in northeastern Iowa until 9:30 p.m. CDT. 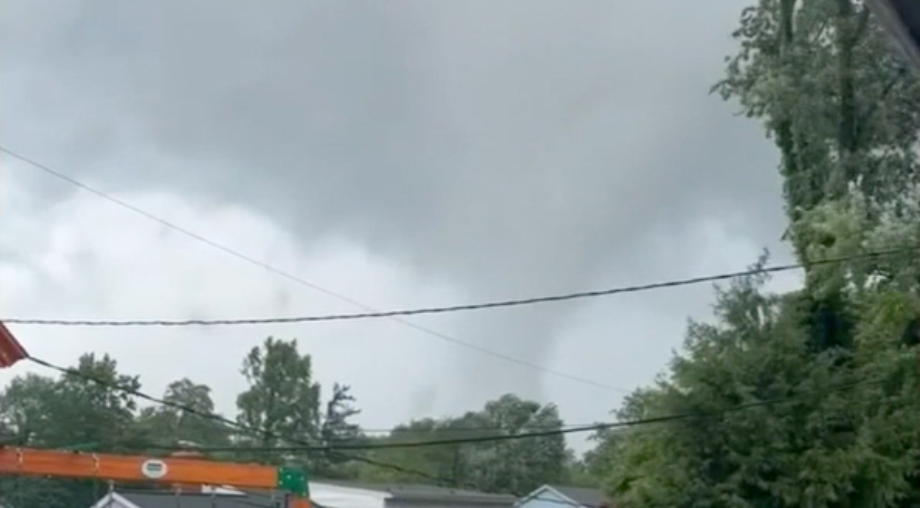 Here's what we are learning about damage in Maryland after at least one tornado moved through.

FOX Weather meteorologists say the line of showers and thunderstorms moving through the Plains and the Midwest now meets the definition of a derecho. The wind damage swath extends nearly 500 miles, surpassing the 400-mile derecho criteria

More than 16 million people are under a Severe Thunderstorm Watch because of the threat of large hail and damaging winds.

National Weather Service meteorologists have issued a Tornado Warning for McHenry County in until 6:45 p.m. CDT.

A line of thunderstorms that pushed through South Dakota caused more than 30,000 electric outages according to PowerOutage.US. The storms have since moved into Minnesota, Iowa and Nebraska.

Video from Maryland shows a tornado-warned storm moving through the Bowie, MD area.

Thunderstorms east of D.C. produced several Tornado Warnings on Tuesday. At least one of the tornadoes is believed to have touched down in Bowie, MD.

These storms are outside of a developing derecho moving through the Plains and the Midwest: Learn more

A Severe Thunderstorm Watch has been issued for northern Illinois and includes the Chicago metro.

The watch is in effect until at least midnight and for the chance of storms with 80 mph and large hail.

Cameras captured an eerie sight over parts of the Northern Plains. The sky appeared green ahead of a line of storms.

Sioux Falls, SD just reported a wind gust to 73 mph. Thunderstorms have exited the state and are impacting areas in Iowa, Minnesota and Nebraska.

Storm damage reports are rolling in across nearly 350 miles of South Dakota from outside Rapid City to western Sioux Falls.

Severe Thunderstorm Watch issued for much of IA, southern MN and eastern NE

The Storm Prediction Center has issued a new Severe Thunderstorm Watch box for parts of Iowa, Minnesota and Nebraska through 10 p.m. CDT.

This image from South Dakota Department of Transportation cameras shows the green-tinted sky over Sioux Falls as the storm rolls in.

More than 7,400 customers and counting are without power in South Dakota as a powerful wind storm moves across the region. The largest outages are in Hughes and Beadle.

The storm is now moving over Sioux Falls.

The NWS in Sioux Falls says penny-size hail is now falling and 60 mph winds have been reported in western parts of the city.

Stay away from the windows. Winds over 90 and 80 mph have already been reported from this line of storms.

FOX Weather Meteorologist Ian Oliver points to where the Tornado Warning is in effect.

The NWS has issued a Tornado Warning until 3:45 p.m. CT for parts of McCook County, South Dakota.

People in this area should prepare to find a safe place to shelter.

Minnesota and Iowa: What to expect

Wind gusts have already reached 96 mph in South Dakota this afternoon. As the powerful storms track east through the evening, the threat of 75- to 100-mph gusts will shift into southwestern Minnesota and northwestern Iowa.

Damaging winds are expected to reach the Sioux Falls, SD area around 3:30 p.m. CT, and the National Weather Service warns those in the area to seek shelter immediately.

"These storms have a history of producing large hail and damaging winds up to 70 mph," the NWS says. They add unlike the derecho that blew through in May, there will not be a large dust cloud warning of the approaching winds.

Traffic cameras in Wolsey, South Dakota offer a birds-eye view of what drivers are experiencing as a developing derecho brings powerful wind and intense rain to the Plains.

What is a derecho?

What defines a derecho

A cluster of thunderstorms moving across the Plains Tuesday could qualify as a derecho, a powerful wind even that covers at least 400 miles.

Learn more about this powerful wind event and how NWS forecasters will determine if it is a derecho after the fact.

The NWS in Sioux Falls reports 96 mph and 90 mph wind gusts at the Huron, S.D. airport associated with the line of severe storms tracking across the Northern Plains.

Here are some sizes of destructive hail

Destructive hail comes on all shapes and sizes, but the graphic above shows the most common - from quarter-size to softball-size.

To check out what else you need to know about hail, click here.

The National Weather Service has issued a Severe Thunderstorm Watch for four states across the Northern Plains until 4 p.m. CT. The primary threats include large hail and damaging wind gusts.

Tuesday afternoon top wind gust reports are coming out of South Dakota, including:

Here's the latest forecast and timeline.