A lack of rain and low snowpack is playing a part in California's dry stretch, which is expected to get worse.

Since the turn of the century, the western U.S. has been exceptionally dry, and this has led to a lengthy drought the likes of which has not been seen in more than 1,200 years.

Those are the findings of a study that was published Monday in the journal Nature Climate Change. Scientists expanded on a study of megadroughts that was published in 2018, using tree-ring and weather data to reconstruct soil moisture levels through time.

Researchers found that the period of 2000-2021 was the driest 22-year period in southwestern North America since the year 800. 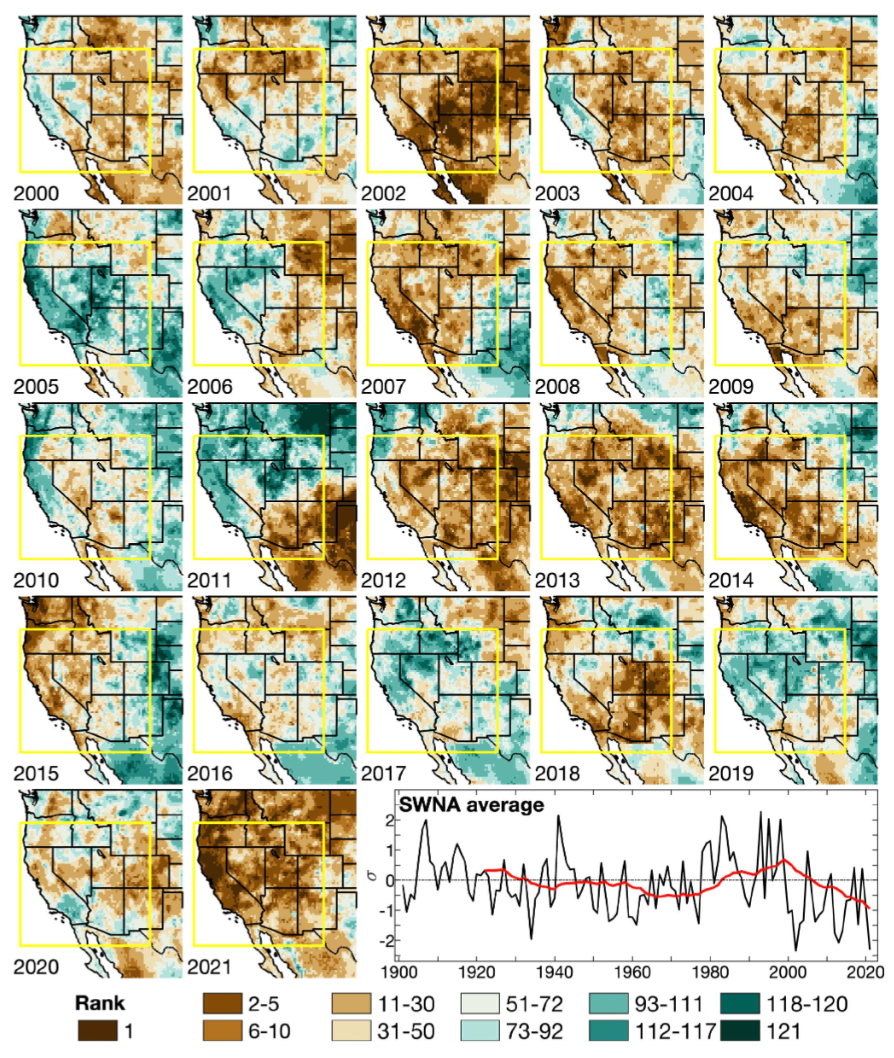 Scientists said in the study that exceptionally dry soil in 2021 allowed the current drought to escalate and put it on track to overtake the megadrought of the late 1500s.

The bath tub rings around Lake Mead at the Hoover Dam in Boulder City, Nev., show how far the water level has dropped on Monday, August 23, 2021.

The study found that even if there were no future climate change, 76% of simulations showed the current drought in southwestern North America continuing for a 23rd year and 33% of them showed the drought extending into a 30th year.