NAPA, Calif. – On what could be the warmest day of the week, firefighters are battling a 570-acre wildfire burning in the mountains above Napa’s wine country.

Structures remain threatened as of Wednesday morning, and evacuations were ordered as the Old Fire scorches hills across Soda Canyon near Atlas Peak. Many of the same homes have been evacuated in the past due to several wildfires over the years.

The cause of the fire is still under investigation.

On Tuesday, visitors to wineries along Silverado Trail and golfers at Silverado Country Club watched thick plumes of smoke rise from the area covered with vineyards and horse ranches. Air tankers and helicopters flew over the blaze well into twilight dropping retardant and water on the fire that is only 5% contained.

7 THINGS TO KNOW ABOUT FIRE RETARDANT 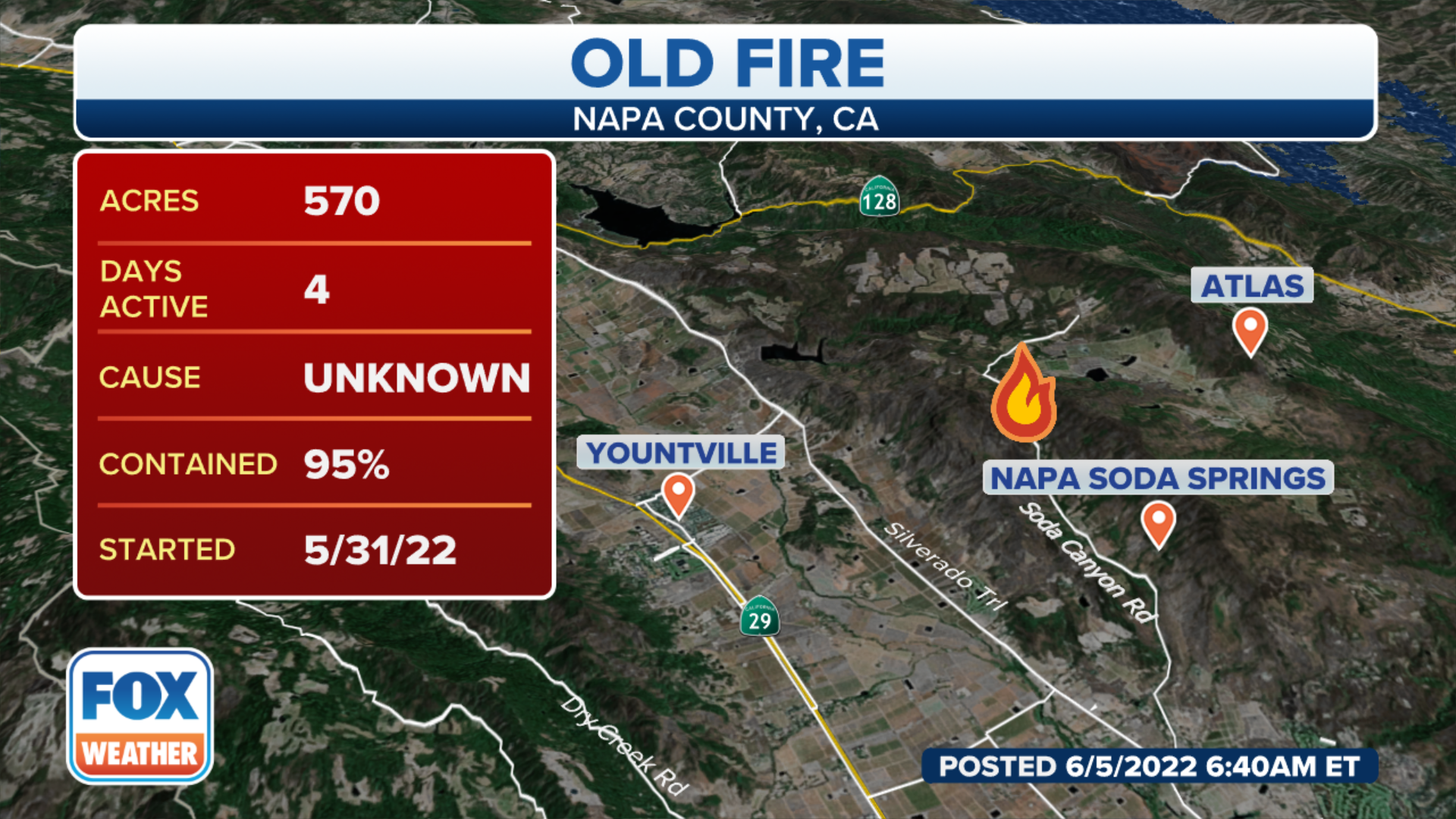 Here's the latest on the Old Fire in Napa County, California.
(FOX Weather)

The National Weather Service's fire weather alert extended into Tuesday evening for an area east of the fire. Meteorologists watched critical fire weather conditions of winds gusting to 35 mph and low relative humidity from 5 to 15% fanning the flames across several Northern California counties.

"The fire is much less active now and firefighters will work through the night to contain and control the fire," the California Department of Forestry and Fire Protection tweeted.