Storms could cause significant flooding in parts of the Southeast

Rounds of intense storms will continue through the day on Friday, and some localized spots near the coast may see double-digit rain totals. Significant flooding is possible.

After days of heavy rains and occasional Flash Flood and Tornado warnings the end of the wet weather is finally in sight for the Southeast but not before a few more scattered storms.

The FOX Forecast Center said the wet weather pattern is being caused by the combination of an upper-level low and a frontal boundary that tapped into tropical moisture from the Gulf of Mexico.

The event produced days from heavy rainfall from Florida through the Carolinas. Some of the storms were strong to severe and produced occasional waterspouts.

Betsey Bailey caught video of one outside of Myrtle Beach, South Carolina on Saturday morning. The tornado-like feature was quick and there was no reported widespread damage.

A wet weather pattern across the Southeast caused several sightings of waterspouts on Saturday.

Computer forecast models indicate Sunday could be the last day for widespread rainfall across the Carolinas, while parts of Florida and Georgia could see additional showers and storms through at least Monday.

An additional 1-2" of rain is possible in parts of North and South Carolina. The Sunshine State could see isolated areas of 5" through the early part of the workweek. 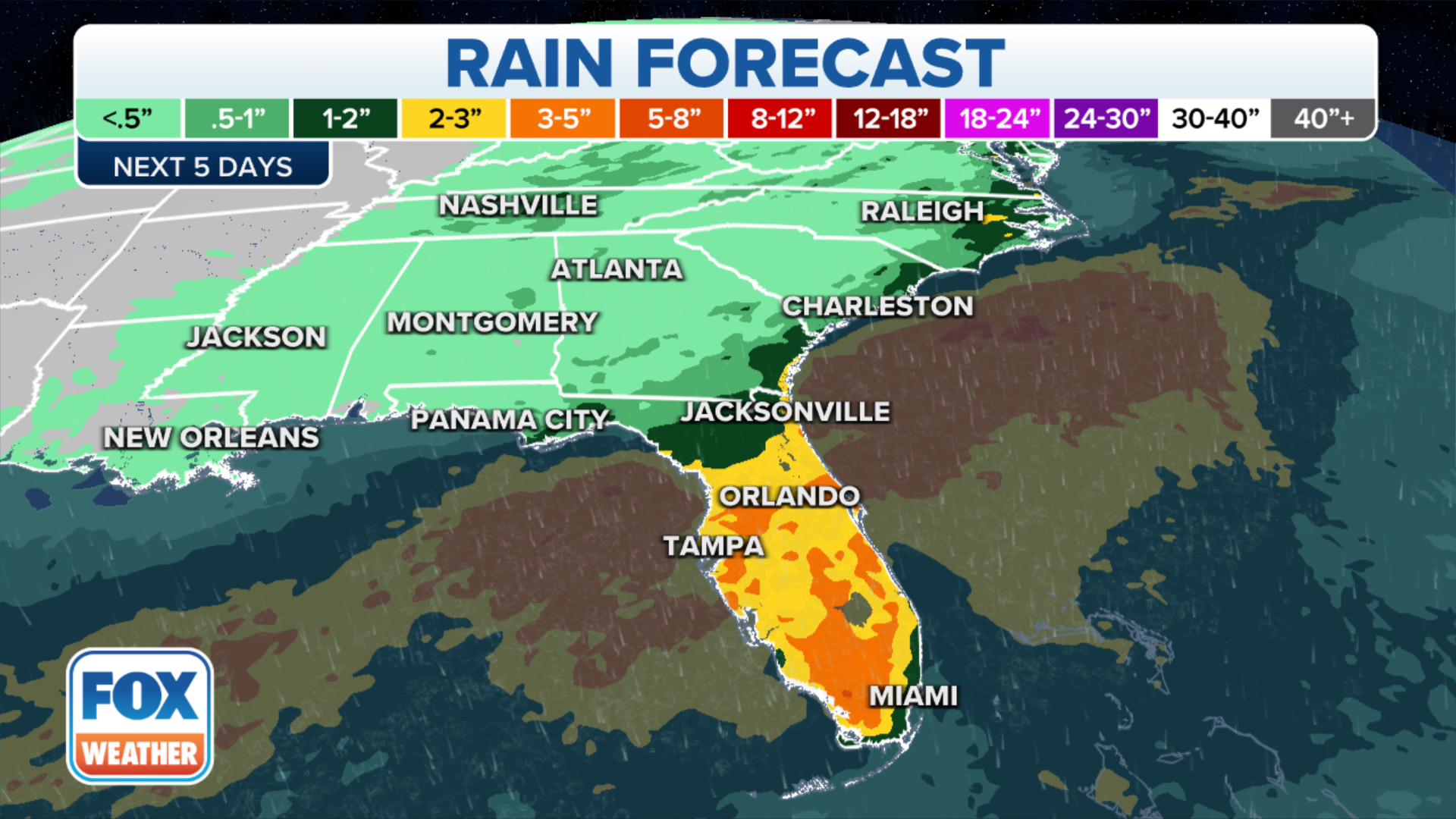 Any additional rainfall on already saturated grounds could lead to flash flooding, especially in low-lying and poor drainage areas.

Rainfall chances are expected to slowly wane through the workweek as the frontal boundary moves out of the region.

The FOX Forecast Center said the widespread rain will help afternoon highs stay lower. Areas that see heavy rainfall may not make it out of the lower to mid-80s. 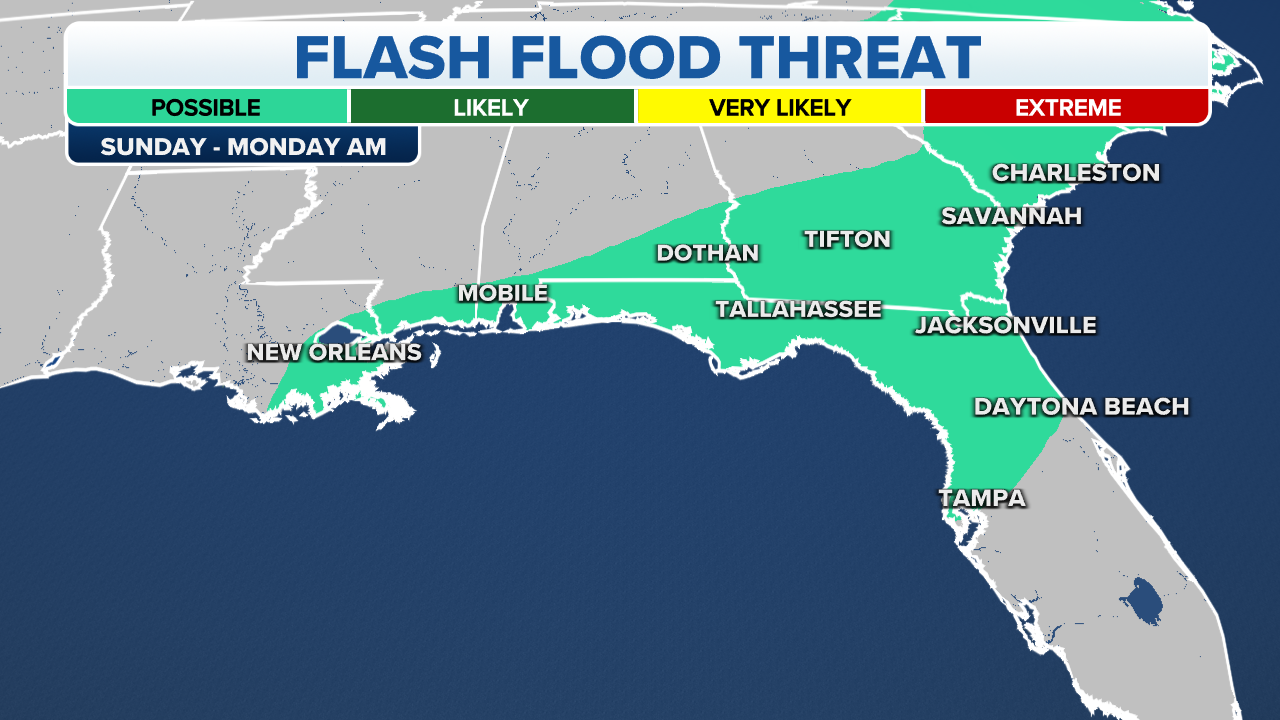