27Posts
Back to Top 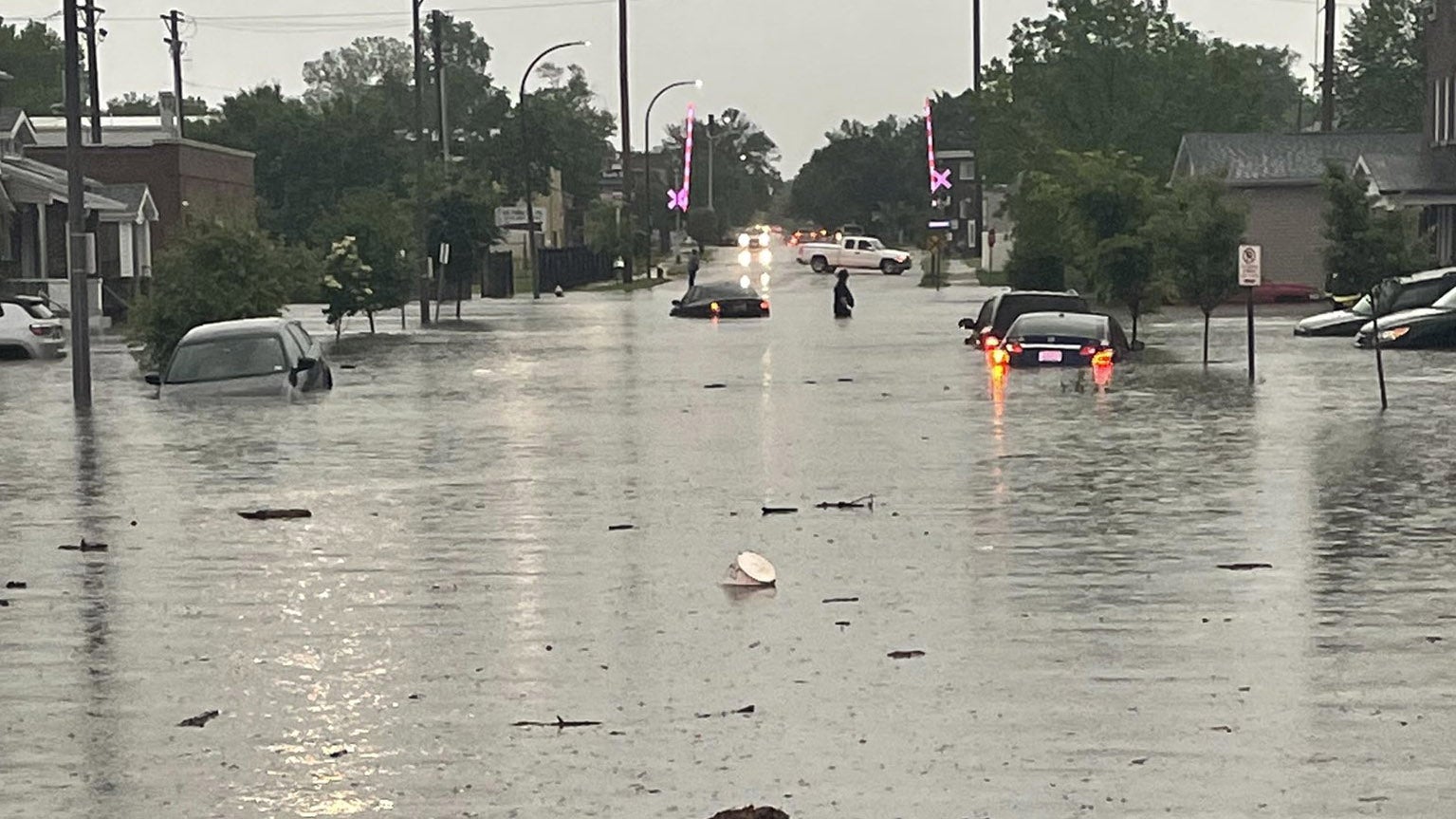 PowerOutage.US is reporting more than 26,000 outages in Illinois and Missouri due to the severe storms that pushed through during the early evening.

A storm that continues its trek through south-central Illinois continues to trigger Tornado Warnings. Areas around Dieterich and Edgewood, Illinois, IL, are under a Tornado Warning until 7:30 PM CDT.

A Tornado Warning has been issued in south-central Illinois for a storm that is showing signs of some embedded rotation.

The City of St. Louis says they have crews working to determine where damage is the worst. The area remains under a Tornado Watch but the severe weather has moved out of the area.

A Tornado Warning has been issued for areas along Interstate 70 in Illinois including the town of Greenville.

The FOX Weather 3D Radar is tracking severe storms moving out of the St. Louis metro and into Illinois. All Tornado Warnings have been allowed to expire but firefighters say they are responding to water rescues around parts of eastern Missouri because of the heavy rain.

Meteorologists have issued a Tornado Warning for St. Louis and areas along the Mississippi River.

A tornado-warned storm is moving through St. Charles and St. Louis counties in Missouri. A Tornado Warning continues through 5:30 P.M. CDT. The storm is impacting areas around St. Louis Lambert International Airport.

A Tornado Warning has been issued for parts of the St. Louis metro because of a radar indicated tornado that could be inside the storm.

The thunderstorm that produced the hail is now impacting parts of western Wisconsin.

A Tornado Watch has been issued for parts of Missouri, Illinois, Kentucky and Indiana until 11 p.m. CDT. Meteorologists warn the threat of hail and possibly tornadoes will continue into the evening.

As severe storms moved through southern Kentucky, hail around the sizes of quarters was reported in the town of Hightop. The storms that produced the hail are moving eastward and are approaching the Commonwealth of Virginia.

Meteorologists are watching a storm capable of producing a tornado to the north of I-44, west of the St. Louis metro.

Meteorologists are tracking a tornado-warned storm that is moving through Pineville, Kentucky and continues to move to the east-southeast.

Hail the size of golf balls was reported to be falling minutes ago around St. Paul, Minnesota.

Watch weather alerts as they come in real time to FOX Weather.

The FOX Weather 3D Radar is tracking a severe storm moving through Minneapolis. Meteorologists warn the storm could be producing damaging winds and hail the size of quarters.

The National Weather Service has issued a Tornado Warning for a storm capable of producing a tornado in the southern part of the state.

More than 10 million Americans under watches for severe weather

More than 10 million Americans are either under a Severe Thunderstorm Watch or a Tornado Watch as storms start to pop into the evening hours.

Tornado Warning issued for parts of Indiana and Kentucky

The National Weather Service has issued a Tornado Warning for Perry County in south-central Indiana and Breckinridge and Meade counties in Kentucky until 5:15 p.m. EST.