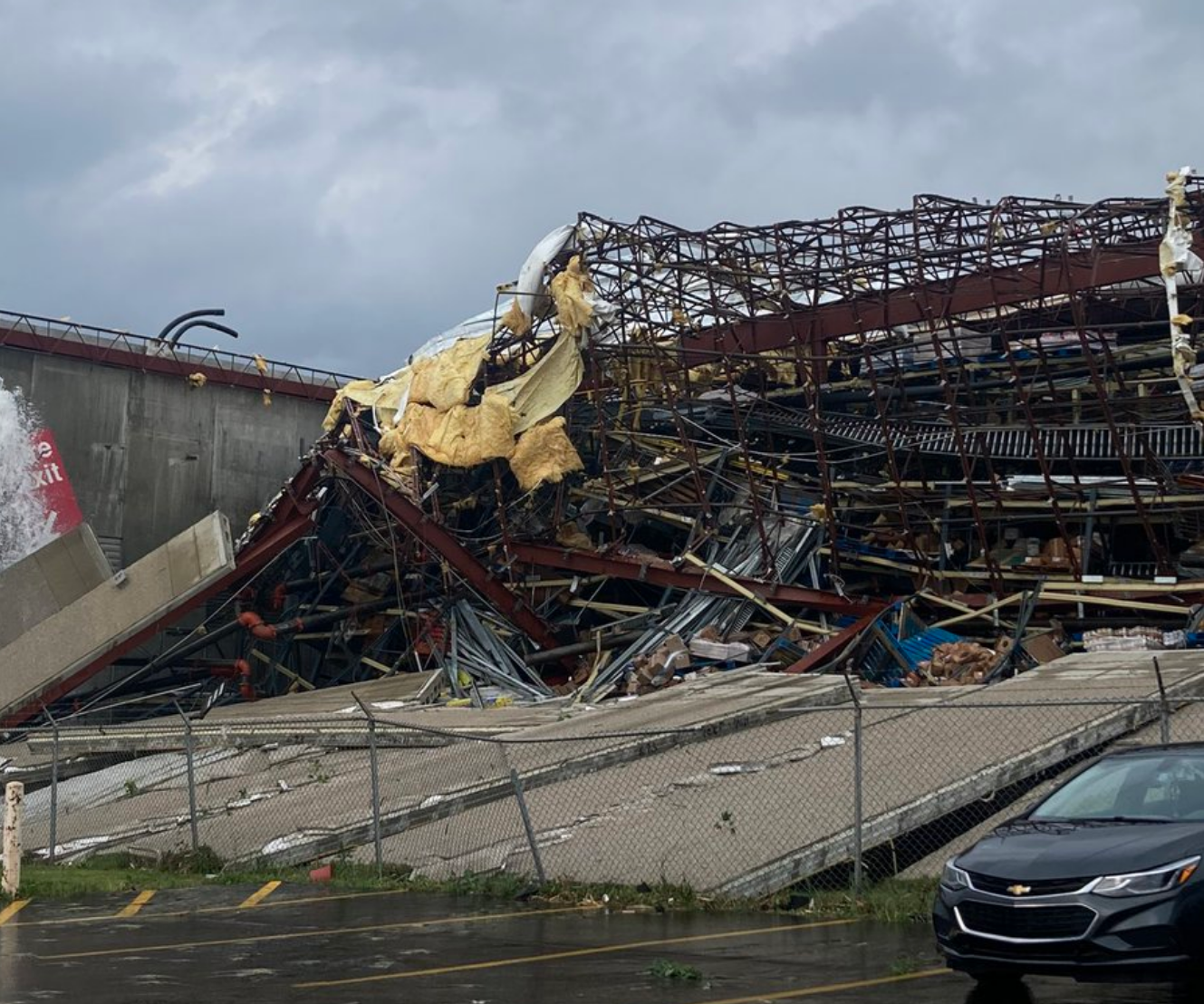 A tornado-warned storm is moving out of eastern Ohio.

Tornado Warning outside of Baltimore, MD

A Tornado Warning has been issued for a storm in Maryland outside of Baltimore, MD.

A Tornado Warning has been issued for areas around Athens, Ohio because of a storm that could produce a tornado.

Several videos captured images of a tornado moving through Tripp City, Ohio. A large retail distribution was damaged in the storm. A Meijer spokesperson said: "All our Team Members are accounted for and there are no reports of injuries. Most of our complex is still fully operational."

Tornado Watch issue for parts of OH, PA and WV

A Tornado Watch has been issued for parts of Ohio, Pennsylvania and West Virginia through 1 a.m. More than 8 million people are under a Tornado Watch for the possibility of severe storms producing tornadoes, hail and damaging winds.

A reported tornado is moving through eastern Ohio. The National Weather Service has issued a Tornado Warning for Hocking County until 8 p.m. because of an observed tornado.

Damage has been reported in central Indiana because due to the severe storms. The worst of the weather has since moved eastward and is impacting areas in central Ohio.

Storms knocked out power to thousands across Ohio and Indiana. Over 10,000 homes and businesses are still in the dark from storms earlier in the day.

Parts of Indiana no longer under Tornado Watch

Areas of Indiana that are north and west of Indianapolis are no longer under a Tornado Watch. The watch is expected to last until 10 p.m. for other areas of the tri-state.

VIDEO: Tornado warned storms moves across I-75 in Ohio

Tornado sirens sounded in Troy, Ohio as the supercell storm moved through.

A tornado-warned storm is moving into the metro Columbus, Ohio area.

Several tornado-warned storms are moving eastward across Indiana and Ohio. The FOX Weather 3D Radar is tracking the storms north of Interstate 70.

Track the storms on the FOX Weather app.

A Tornado Warning has been issued for areas around Albany, IN because of a storm with radar-detected rotation.

A Tornado Warning has been issued for areas east of Dayton, OH.

Airport observers at Dayton, Ohio's airport are reporting a tornado sighting 5 miles to the northeast of the field moving east.

Here is the rare METAR code showing the tornado report:

Tornado Watch issued for parts of Indiana, Ohio and Kentucky

The Tornado Watch is in effect until 10 p.m. ET.