26Posts
Back to Top

Storms to continue to move eastward into overnight hours

Storms to continue to move eastward into overnight hours

As the storms continue to track east, isolated reports of damaging gusts or a brief tornado remain possible.

A Tornado Watch remains in effect until 5 a.m. ET.

The National Weather Service says that while some of these storms have previously produced a tornado, the storms are mainly producing rain showers but an uptick in intensity cannot be ruled out.

At 10:12 p.m., a confirmed large and extremely dangerous tornado was spotted near Calera, AL, moving east at 35 mph, the National Weather Service said.

The NWS Birmingham continued a Tornado Warning for the storm in Chilton and Shelby Counties in Alabama until 10:45 p.m. CT.

Debris was spotted and power flashes were seen as the tornado moved through.

A Tornado Watch has been issued for parts of Alabama, Georgia, North Carolina and South Carolina until 5 AM EST.

Damage survey to be conducted in Bainbridge, Georgia, on Thursday

The National Weather Service says that they plan to survey damage from a likely tornado that occurred Wednesday afternoon.

Once they complete their survey on Thursday, they will release their findings.

The National Weather Service said Wednesday evening that as the line of storms continue to track eastward, they will likely extend their Tornado Watch to include northern Georgia and the Carolinas.

Storms moving out of Tennessee and Alabama may continue to pose a damaging wind and brief tornado threat into the overnight hours.

A Tornado Warning for south-central Tuscaloosa County is in effect until 9:15 p.m.

A Tornado Warning for south-central Tuscaloosa County is in effect until 9:15 p.m.

At 8:35 PM CST, a severe thunderstorm capable of producing a tornado was located near Moundville, or 16 miles south of Tuscaloosa, moving east at 45 mph, the NWS says.

The National Weather Service has expanded the Tornado Watch to include several more counties in Alabama. The watch now includes the cities of Tuscaloosa and Birmingham. The watch is in effect until 10pm CT.

Damage was reported in the town of Winfield, Alabama after a tornado-warned storm moved through the area on Wednesday evening. Poweroutage.Us reported more than 5,000 customers in the northern part of the state were without electricity.

A wall cloud and funnel cloud were spotted Wednesday evening near the town of Richmond, Mississippi.

Next storm system to impact Southeast over weekend

Another storm system will start impacting the Mississippi Valley and parts of the South on New Year's Eve and into New Year's Day. Severe weather will be a possibility for some of the same areas that saw storms this evening.

Tornado warned storm along I-22 in Alabama

Several communities in northwest Alabama are under a Tornado Warning because of rotation detected by radar in a thunderstorm near Beaverton, AL. The warning is in effect until 7:15 p.m. CDT.

A storm capable of producing a tornado was reported near Embry, MS and moving to the northeast. 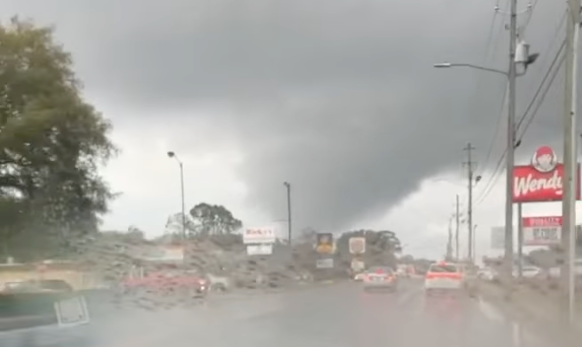 Tree damage was reported in Millington, Tennessee as strong thunderstorms moved through. The storms have moved out of the area but portions of eastern Arkansas and western Tennessee remain under a flood advisory until 5:45 p.m. CDT.

A Tornado Watch has been issued for parts of Georgia, Alabama and Tennessee until 10 p.m. CDT. A watch means be prepared for the possibility of tornadoes.

Storms embedded in the system impacting the Southeast are moving northeastward at over 50 mph. That means that the main line of storms will move through the majority of Tennessee by 6:30 CDT.

National Weather Services offices in the Southeast released special weather balloons ahead of the arrival of the afternoon storms. Weather balloons help meteorologists gauge how ready the atmosphere is to produce storms, through the use of radiosondes, which take critical measurements.

The NWS in Little Rock has issued a Tornado Warning for areas including Dumas, Mitchellville and Watson until 3:30 p.m. CST.

FOX Weather's Nicole Valdes is in Memphis where the potentially dangerous storm system is headed.

The National Weather Service in Little Rock has issued severe thunderstorm warnings for parts of Arkansas and Louisiana.

Know the differences between these flood alerts 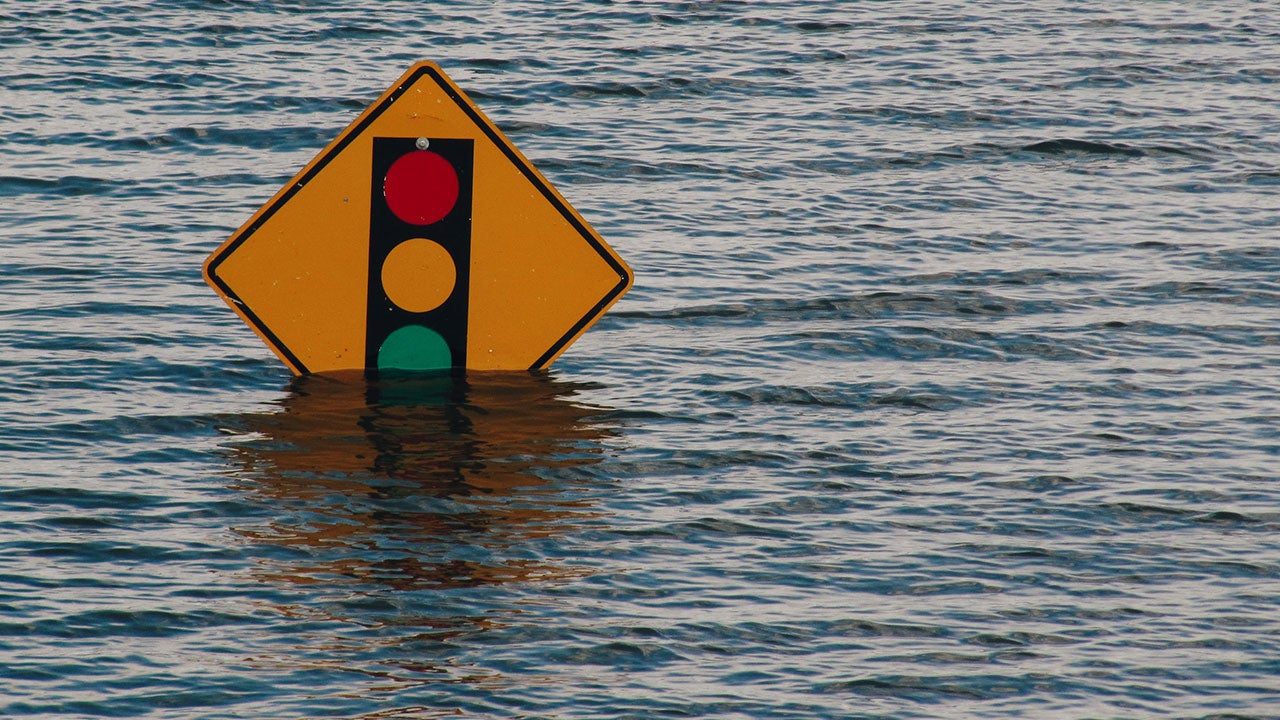 LEARN
Explaining flood alerts issued by National Weather Service
Flooding is one of the top weather-related killers in the U.S. each year.

High rainfall rates up to 1.5 to 2 inches per hour could also trigger flash flooding in parts of the Tennessee Valley and southern Appalachians on Wednesday.

Arkansas, Louisiana, Mississippi and Tennessee now under a tornado watch.