21Posts
Back to Top

Watch the NASA and SpaceX livestream of the Crew-3 launch scheduled for 9:03 p.m. ET.

Dragon Endurance on the way to space station

The second stage of the rocket separated and continues to push the Dragon spacecraft into space. Crew-3 is officially on their way to the space station.

More than 5 minutes into launch everything is going as planned.

The rocket booster will land on a droneship in the Atlantic Ocean in about 8 minutes.

Falcon 9 fueling is about 80% finished. The launch is an instantaneous window at 9:03 p.m. At this point, any delay will mean a scrub for the day.

There are no issues in the final minutes to launch.

Propellant is being loaded into the Falcon 9's first stage booster. Next up, fueling begins on the second stage.

Crew-3 liftoff is less than 30 minutes away.

After a final poll, the Dragon launch escape system is now armed.

The escape system is a safety precaution for the astronauts in the event something happens the spacecraft "will go shooting off that rocket" sending the crew to safety, explains NASA Astronaut Shannon Walker.

All the SpaceX teams have cleared the launchpad. Next, the crew access arm will move away from the launch tower. After a final weather briefing the Dragon spacecraft emergency abort system will be armed and fueling can begin.

"Endurance is go for launch."

Weather is again 'go' for launch

Rain around the launchpad has moved out and once again, the range is "green" for Falcon 9 liftoff at 9:03 p.m.

SpaceX teams have closed the spacecraft hatch and are checking for leaks.

Weather is currently "no go" because of rain in the area but it's expected to pass in time for launch.

A finale weather briefing will happen before the Dragon emergency escape system is armed.

Strap in for launch

With the help of SpaceX teams all four astronauts are in their spacecraft.

They will be strapped in for launch before the hatch closes. Their custom seats will be rotated for launch position, and final suit leak checks will also be happening at this time. SpaceX will close the spacecraft hatch and then check it is secured and no "foreign object debris" prevents a tight seal.

Rain lets up as astronaut arrive to rocket

The Crew-3 astronauts arrived at launchpad 39A and are checking out their ride to space before heading up the launch tower.

The misting rain around the launch area has stopped, a good sign for liftoff.

Tunes for the road to the launchpad

The astronauts built a playlist for the drive to the launchpad.

All eyes on the weather

FOX Weather's Max Gorden is live from Jetty Park where launch viewers are beginning to gather.

Astronauts are about to depart for launchpad

The astronauts will ride two to a Tesla to KSC launchpad 39A.

SpaceX engineer John Insprucker said the Falcon 9 rocket is powered on and the hatch to Crew Dragon is open awaiting its astronaut crew.

The astronauts are working about 15 minutes ahead of schedule putting the suits on.

Despite the rain and hazy sky down range, Insprucker said it's still expected to move out in time for launch.

Astronauts get their spacesuits on

SpaceX suit techs are helping the four astronauts into their black-and-white spacesuits. This is happening in the Kennedy Space Center Operations and Checkout Building.

After suit leak checks, the crew will next walk out and say goodbye to their family and friends.

The launch director just provided an update and said there are no issues they are tracking for launch.

SpaceX engineer John Insprucker says the astronauts are about to begin donning their black-and-white spacesuits.

He said while teams are watching the rain and clouds around the Cape they expect the weather to stay west of the launch pad for liftoff.

European astronaut Matthias Maurer says the wait is over

European Space Agency Astronaut Matthias Maurer, of Germany, says he and the rest of the Crew-3 astronauts are ready for liftoff.

He hopes to send his next tweet from space.

After a launch readiness review Tuesday, mission managers at NASA and SpaceX felt confident in moving ahead with the Crew-3 launch Wednesday at 9:03 p.m. The launch date has been delayed several times due to weather and a minor medical issue with one of the astronauts. 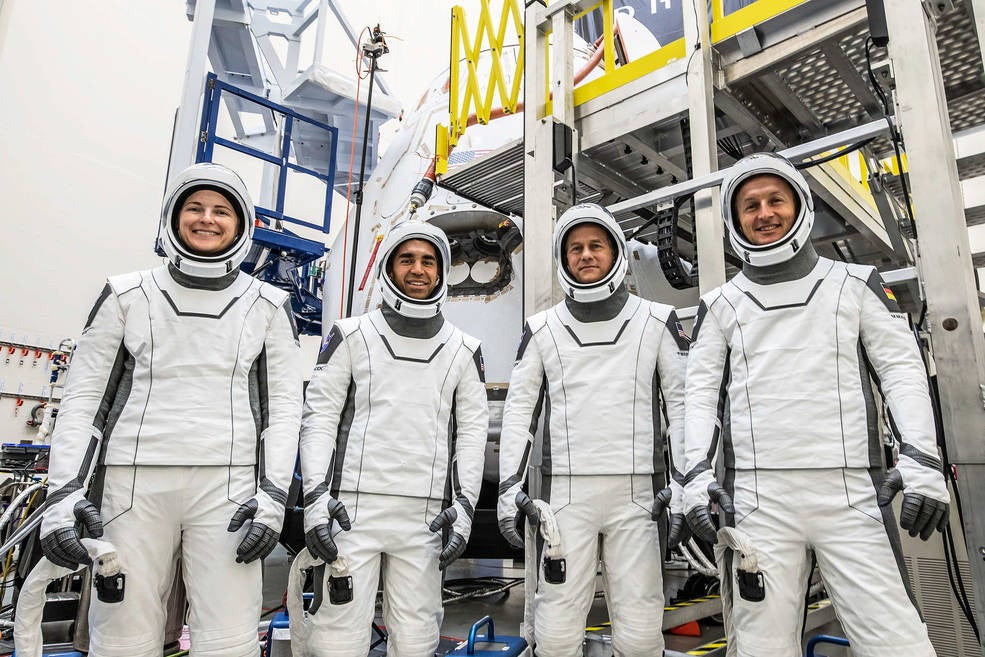 A look at the Crew-3 countdown timeline

SpaceX is scheduled to launch four astronauts as part of the Crew-3 mission to the International Space Station on Wednesday at 9:03 p.m. ET.

Take a look at what needs to happen before lift off. 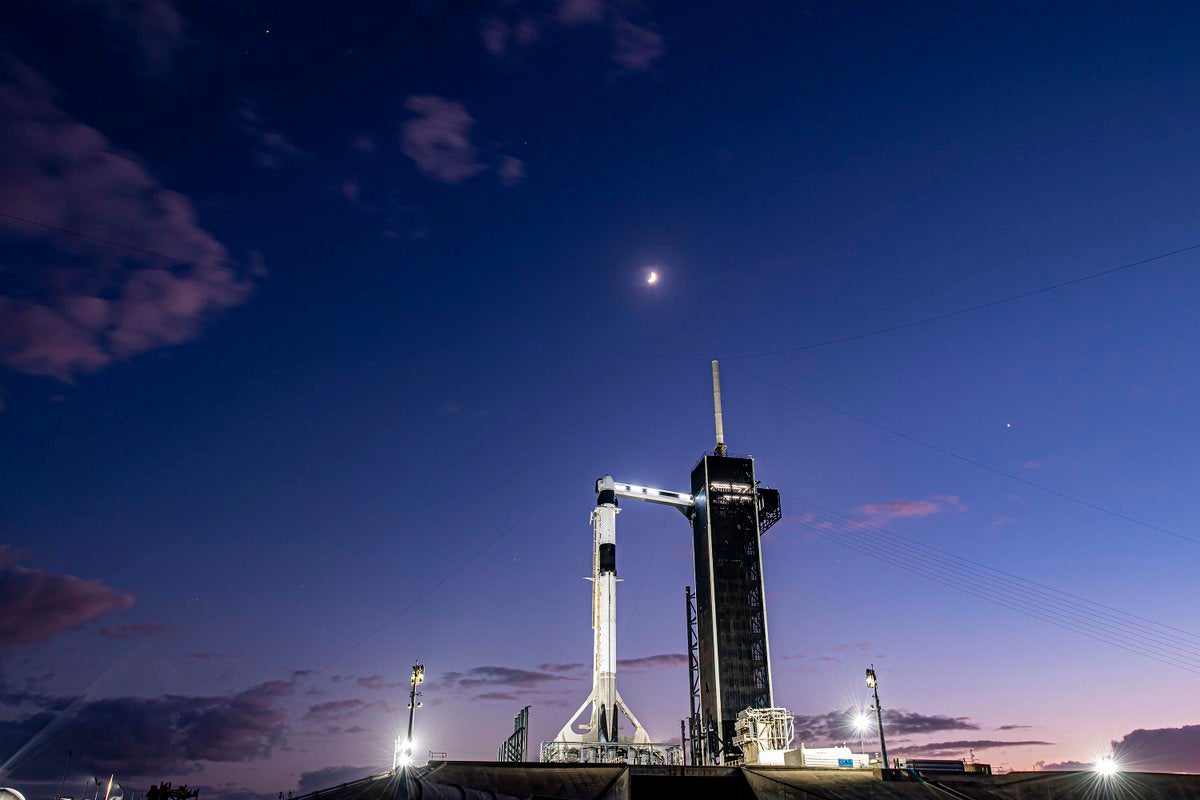 EARTH & SPACE
Countdown to Crew-3: What to expect when astronauts launch with SpaceX
A timeline of events leading up to the Falcon 9 rocket launch with the Crew-3 astronauts.
Posted by Emilee Speck Share

Launch watchers are gathering at Jetty Park for the 9:03 p.m. liftoff, but the weather is less than pleasant. It's been raining off and on all day. The 45th Weather Squadron is still forecasting a 70% chance of favorable weather for liftoff.