17Posts
Back to Top

Several streets in and around downtown Philadelphia are flooded because of tidal flooding along the Delaware and its tributaries.

The Delaware River at Philadelphia has reached major flood status. At this stage, the National Weather Service says tidal tributaries in Philadelphia, Camden, NJ and Gloucester, NJ begin to flood. Numerous roads may be impassable in the area. River levels are near records set by Hurricane Sandy back in 2012.

Damage from flooding reported across area 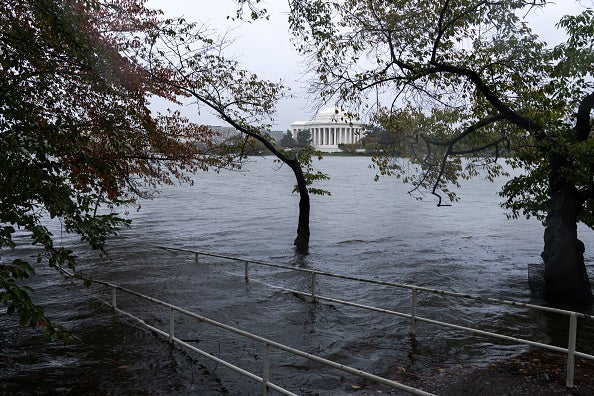 Flooding continues into the night for parts of the Mid-Atlantic.

Flooding surrounded some of the memorials located around the National Mall.

The National Weather Service expected waters to inundate low-lying areas of southern Baltimore County and the city of Baltimore, during periods of high tides.

Maryland Governor Larry Hogan declared a state of emergency for areas along the Chesapeake Bay, Potomac River, and the Atlantic Ocean.

Some areas have seen heavy rain and a rise of coastal waters of more than 3 feet, causing significant flooding of low-lying areas.

Water gauges in the Mid-Atlantic

More than 100 river and tidal gauges from Virginia to New York are either at or will soon reach flood status. National Weather Service meteorologists advise drivers to never venture into floodwaters of unknown depth.

Rough seas and wind gusts of 50+ mph along the New Jersey coast.

Coastal flooding is expected to peak around times of high tides on Friday evening and Saturday morning. Because of Earth's rotation, high tides vary per location.

Worst coastal flooding in D.C. since 2003

FOX Weather meteorologists say the tidal flooding in the D.C. region is the worst the area has seen since Hurricane Isabel in 2003. Expect waters to rise again around Friday night's high tide.

The National Weather Service said wind gusts of more than 30 mph and waves larger than 4 feet were possible along the shore in Maryland.

Coastal communities from VA to NJ under alerts

Coastal communities from northern Virginia to New Jersey are under alerts for significant coastal flooding. Some areas could see a tidal rise of 3 - 5 feet in the Chesapeake Bay region. 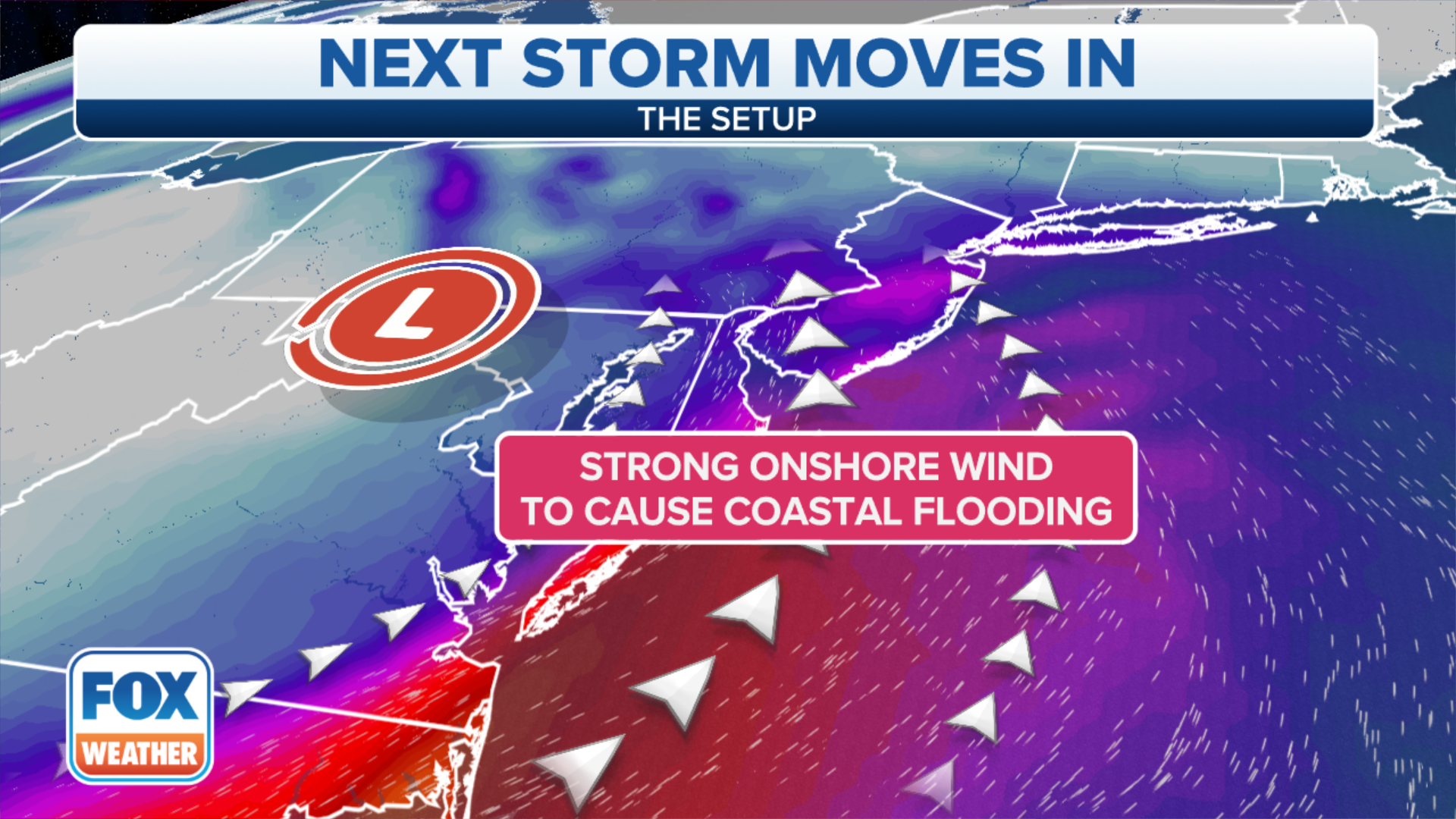